2X Olympic Medalist Justine Dufour-Lapointe Shows That She Is Unstoppable. 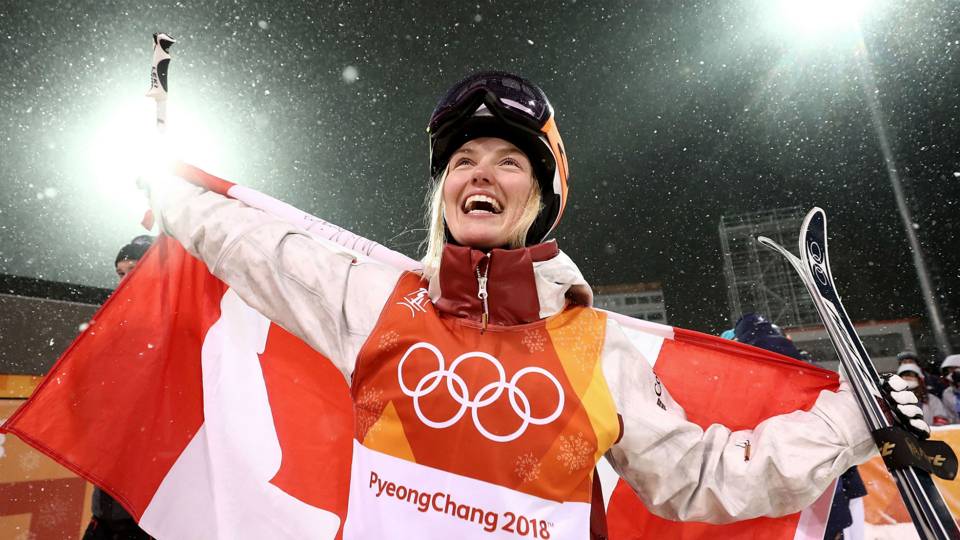 Justine Dufour-Lapointe is a two times Olympic freestyle skier and the youngest in a famous skiing family. She was the Olympic champion in the moguls event at the 2014 Winter Olympics and won a silver medal in moguls at the 2018 Winter Olympics. The gold and silver she and her sister Chloe Dufour-Lapointe won in 2014 was the first time that Canadian sisters stood together on the podium, and the fourth time ever by all nations.

In winning the Olympics, she became the youngest freestyle skiing Olympic champion ever at nineteen years of age. Dufour-Lapointe was the FIS World Cup rookie of the year for the 2010–11 season. Dufour-Lapointe was the world champion in moguls at the 2015 World Championships has also won a silver and two other bronze medals in the moguls event at the Freestyle World Ski Championships.

Today, Namita Nayyar, President Women Fitness catches up with the inspirational Justine Dufour-Lapointe, to get you glimpses of her lifestyle, PyeongChang journey and life after the great Olympic Games.

You started your career during the 2010–11 FIS Freestyle Skiing World Cup, where you became the youngest female winner of an FIS World Cup moguls event at the age of 16. You reached the pinnacle of success by winning the Olympics in 2014, becoming the youngest freestyle skiing Olympic champion ever at nineteen years of age and the rest is history. Share with us your journey in the world of skiing.

I think I started skiing because of my sister, because I wanted to follow them and I thought they were cool and that’s how I started mogul skiing. At that time I didn’t have a goal, I was just loving it, having fun and what I loved the most was competing.

I was actually having trouble training and have fun during training, because the only fun that I was having was when I was actually competing, the adrenaline rush. It started when I was in Vancouver, watching Chloe, we flew there with our family and it was there that it clicked, when I saw the venue, and saw the whole world stop for a minute, stop for two weeks, just to watch athletes perform. Just to watch my sister perform for 30-seconds, and that’s when I thought Wow! This is great! This is bigger than myself, and I thought I want to be a part of it, I want to be a champion and do this. So after that I focused on how can I be there, and in 2011, I joined the National Team and won my first World Cup event. People say that I always had that fire in me I was driven by adrenaline; I was driven by this amazing energy. And therefore, I was not thinking and just doing it and I think that was my edge over the other girls, and that’s how I got to Sochi and won the Olympic Gold Medal.

I was always a chaser, a fighter, a tiger!