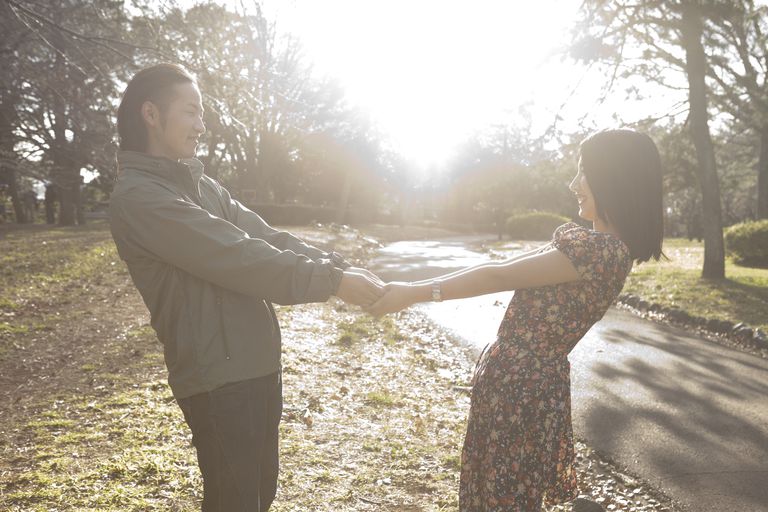 Ever visit the zoo and witness the bright red bottoms of female baboons and macaques? Those blush butts signal the male mates that it’s breeding time. Thankfully, humans don’t experience such obvious (and embarrassing!) signs of impending ovulation and fertility.

But… our most fertile days don’t go without notice.

A woman’s fertile window — the time sex is most likely to result in a pregnancy — lasts up to six days each month. A woman is most fertile in the two to three days right before ovulation occurs.

If you’re trying to time sex for pregnancy, there are practical ovulation signs you can track. For example, you can…

There are also subtle signals women unconsciously put out as they near ovulation.

These signs aren’t just about action and behavior either. Some of them go down to our bones.

Scheduling a photo-shoot? You may want to take into consideration your menstrual cycle!

A number of studies have looked at how facial attractiveness changes over the menstrual cycle. In these studies, photographs of women were taken at various points in their cycle. Then, hormonal testing was done to determine if they were about to ovulate or past ovulation.

Men rated the photographs of ovulating women as more attractive or flirtatious than the women photographed after ovulation.

If you’re thinking the change is something simple, like slightly more blush cheeks or a flirtatious twinkle in the eyes, think again.

One study found that the symmetry of the face actually changed!

Researchers measured the women’s facial features as the month progressed. Their faces became more symmetrical – which is a measure of attraction – when they were approaching ovulation.

The soft tissues of the face actually shift.

You’ve Got All the Right Moves When You’re Ovulating

Ovulation time may also be the best time to hit the dance floor.

A controversial but intriguing study looked into whether exotic lap dancers earned more tips when they were ovulating.

That’s an 80% increase in tips when comparing the menstruating dancers with the ovulating ones.

Not a dancer? Your fertile moves may show up in the way you walk.

In another study, women were found to walk differently when they were ovulating.

Cameras were set up in a hallway. The women didn’t know their walks would be evaluated. (They thought they were just going from one room to another.)

When ovulating, a woman’s walk was slower and rated “sexier” by male observers.

Ovulation Helps You Dress to Impress

If you want to get a head start on your day, organization experts suggest choosing your outfit the night before.

But maybe, if you want to look really good, you should plan your clothing choices a month ahead.

This wasn’t, however, to impress the men. Researchers found that the women dressed up primarily to compete with the other women. (And don’t we all know it!)

Researchers also found that women were more likely to purchase clothing and accessories when they were ovulating.

So if you’re on a budget, perhaps going shopping during your fertile window isn’t the best plan.

Remember how the study above found that women seemed to dress in order to compete with the women and not necessarily to attract the men? (According to one research study, anyway.)

Well, ovulation may bring out your inner mean girl.

In one study, researchers had women play an economic game known as the “dictator game.”

In this game, participants are given cash. Then, they are told they can share some of this cash with another participant.

Before you reschedule your big financial meetings for your fertile window, take note that the researchers found that women were significantly less competitive when working with men.

When women played against men, ovulating women would give away more than half of their cash to a male participant – up of 60%.

Women who weren’t ovulating at the time of the game gave away a more reasonable 45%.

So, who would make the better long-term partner and future father? James Bond? Or Ward Cleaver, the dad from Leave It to Beaver?

If you’re ovulating right now, you may choose James Bond as the better long-term mate, even though all signs point to that being the wrong decision.

While highly controversial, some studies have found that ovulating women are more likely to choose sexy and tough over sweet and tender during their most fertile days.

In one study, women were asked to review online dating profiles for Mr. Sexy and Mr. Reliable.

If the woman was in her most fertile phase, she was more likely to describe Mr. Sexy as the better home helper than Mr. Reliable.

A separate study found that ovulating women picked a Mr. Sexy type as the best long-term partner and potential father but only if they got together with them. With any other woman, the research participants argued, Mr. Sexy wouldn’t turn out to be the best man to have around the house.

This may explain why the hot guy you met at the bar last week seemed so perfect at the time but has since turned out to be a mistake.

More you should know: