7 Common Myths About Your Period 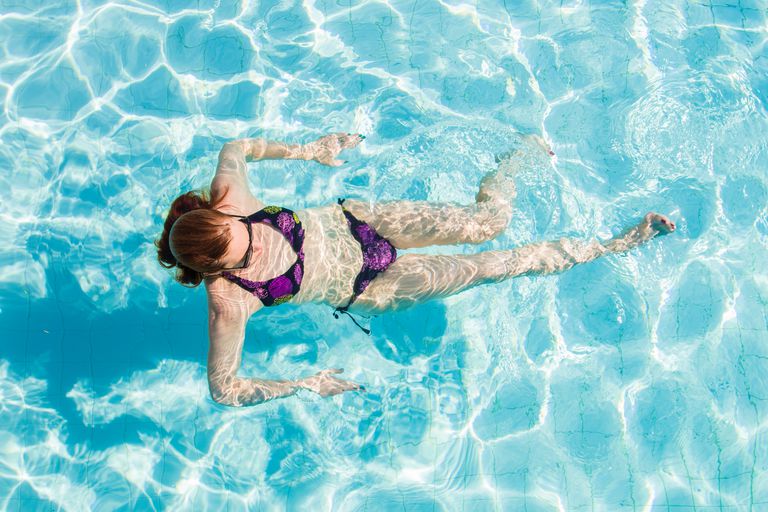 The conversation about menstruation is coming out of the Dark Ages. However, some common myths about menstruation continue to circulate. Your mother and grandmother probably heard the same ones. Find out the truth about your period.

Where Do Period Myths Come From?

Before science and medicine, religion was the authority in explaining natural occurrences. How would you have explained why women bleed every month when they are not pregnant? Most major religions put a negative spin on menstruation, making it a time of impurity in women. The concept of a menstruating woman being unclean, impure, or even potentially evil, led to cultural practices that isolated and excluded them. These strict and punitive views of menstruation have faded away in most cultures. But, society still attaches a social taboo to menstruation, driving the conversation underground.

Being able to easily find information online about your period is a relatively new concept. In past decades a lot of misinformation passed around and menstruation was rarely talked about except in whispers. Health classes in school tried to fill in the information gap but usually fell short. Typically, whatever information you got was either from your mother or girlfriends. Much of this information was based on the remnants of religious beliefs mixed in with some practical observations by our female ancestors. Let’s have a look at some of the common period myths.

1. Don’t Wash Your Hair or Take a Bath When You’re Menstruating: False

There is absolutely no reason not to wash your hair, take a bath, or shower during menstruation. In fact, a nice warm bath can do a lot to relieve menstrual cramps and premenstrual tension.

2. You Can’t Go Swimming During Your Period: False

It is perfectly safe to go swimming during your period. Likely, this myth started in the days before tampons or menstrual cups were popular. It is a hygiene concern to go swimming without feminine protection. Any body fluid—whether it’s menstrual blood, urine, or feces—can contaminate a swimming pool.

What about the question of shark attacks when swimming in the ocean with your period? That is definitely an urban legend with no evidence to support it.

3. You Shouldn’t Exercise or Do Strenuous Activities During Your Period: False

It was once treated as a time when women were “sick.” Menstruating women rested, stayed home, and didn’t socialize. This view on menstruation is clearly left over from more strict religious views and practices. Menstruation is a normal function; your period is not a disability.

You can do anything during your period that you can do when you’re not menstruating. In fact, we know that regular exercise helps to decrease painful menstrual cramps. You can always take some anti-inflammatory pain medication if your period cramps are making it hard to exercise. Women have competed in the Olympic Games during their periods.

4. It’s Unhealthy to Have Sex During Your Period: False

While some women may feel uncomfortable about having sexual intercourse during menstruation, it’s perfectly OK. Likely, this myth comes directly from religious teaching that prohibits sex during menstruation. There is no health risk associated with sex during your period. There is even evidence to suggest that it may help relieve menstrual cramps. So, if you choose to, go ahead and have sex during your period without worry.

5. You Can’t Get Pregnant From Sex During Your Period: False

Although it is unlikely if you have regular periods, it is still possible to get pregnant from sex during your period. You need to ovulate in order to get pregnant, and that usually happens after your period finishes. But if you have an irregular cycle or bleed a little longer than average, your fertile window may overlap with your period. Unless you’re using the pill, an IUD, or another hormonal type of contraception, it is best to assume there are no safe days to have sex without the possibility of getting pregnant. Remember to always practice safe sex. Contraceptives do not protect against sexually transmitted diseases.

6. Girls Shouldn’t Use Tampons During Their First Periods: False

There is no reason avoid using tampons during your first period. Just make sure you read the instructions and insert the tampon correctly. A properly inserted tampon doesn’t pinch or cause any type of discomfort. In fact, you won’t feel anything if your tampon is inserted correctly.

7. Women Who Spent a Lot of Time Together Have Their Periods Together: False (Maybe)

This is a bit controversial. Initial research in the 1970s suggested that body chemicals called pheromones synchronized the cycles of women living together. Further studies failed to support those findings and thought that the synchronization was more of a random event. Researchers are still trying to explain the concept of menstrual synchrony, so until there is more evidence, it remains a myth.