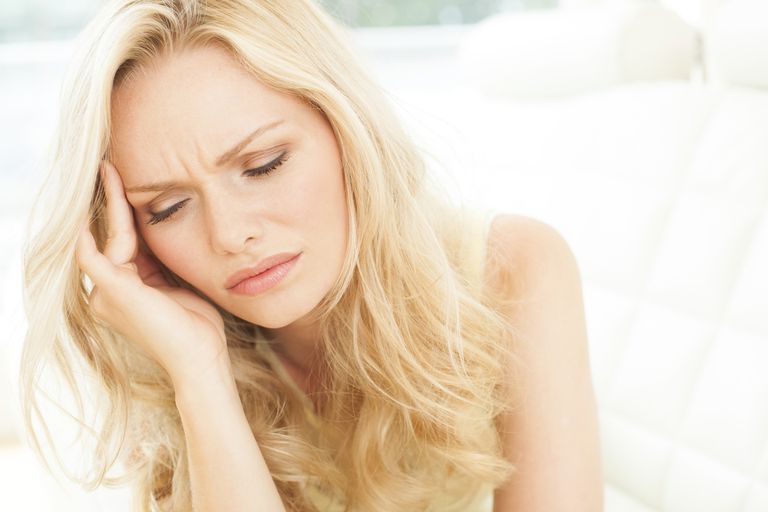 This may sound odd — how can you have a migraine without the pounding head pain? But using the term “migraine” to describe only the actual headache isn’t accurate since the neurological disorder encompasses many more symptoms than just that head pain.

Therefore, an acephalgic migraine or silent migraine is just as much a migraine as an episode that actually includes intense head pain. Here’s some more information on this type of migraine.

As you probably know if you suffer from migraines, there are four phases of a migraine attack (for a more detailed description of the four phases, see Anatomy of a Migraine). These phases include:

As I said above, an acephalgic migraine skips number 3 on this list, the headache phase. But don’t assume that since you don’t get the head pain most often associated with a migraine that your condition doesn’t involve true migraine disorder.

In one study of acephalgic migraine, the most common symptom was the classic half-moon visual disturbance. People also experienced vision loss in half of one eye (another common migraine symptom), other vision problems, and alterations in color perception.

It can be tricky to diagnose migraine when the person in question doesn’t get a headache, and in some cases, people have mistakenly been diagnosed with epilepsy, based on the neurological symptoms present in the attacks. It’s also possible to misdiagnose an acephalgic migraine as a stroke.

Specialists in this type of migraine say acephalgic migraine should be considered as a possible cause whenever there’s an “acute episodic neurologic disorder,” regardless of whether it includes headache symptoms.

Several studies have documented that people over the age of 50 are more likely to have symptoms of acephalgic migraine.

For example, in one large study about one person in every 100 reported suffering “visual migrainous symptoms” that lasted up to an hour, but without leading to an actual migraine. In the majority of people, these attacks were not accompanied by headaches at all, and 42% of those reporting these symptoms had no medical history of headaches.

The researchers looked into whether these symptoms were associated with an increased risk of stroke, and concluded they were not. In fact, they concluded that the symptoms didn’t warrant intense investigation since in the vast majority of cases they didn’t indicate a major problem.

When you have migraine disorder, it doesn’t matter if you have acephalgic migraine or whether you actually suffer from acute head pain — the treatment is the same.

Comments Off on Acephalgic (or Silent) Migraines migraines