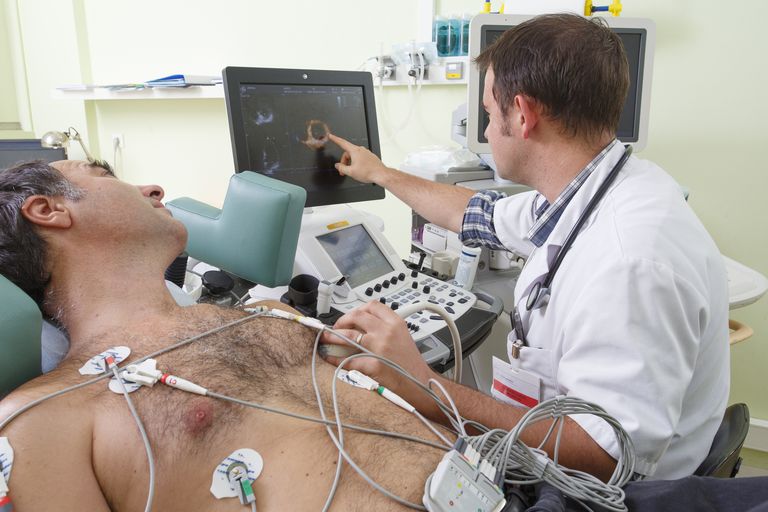 If you or a loved one has coronary artery disease (CAD), you may have heard the term “acute coronary syndrome,” also referred to as ACS. ACS is a relatively new term used by cardiologists, and it can be a little confusing. However, because it represents the new way of thinking about CAD, it can be useful to take a few minutes to understand it.

Acute coronary syndrome is pretty much what it sounds like. It is an urgent condition affecting the coronary arteries; an emergency. It indicates that a person’s CAD has suddenly become unstable, and that permanent cardiac damage is either happening right now or is likely to happen at any time.

ASC occurs when a blood clot suddenly forms within a coronary artery, usually due to the acute rupture of an atherosclerotic plaque. Plaque rupture can occur at any time, often completely without warning. The blood clot may produce partial or complete blockage of the artery, either way placing the heart muscle supplied by that artery in immediate jeopardy.

Any plaque in any coronary artery is subject to rupture, even small plaques that are usually ignored by cardiologists during cardiac catheterizations. This is why you will often hear of people who have a myocardial infarction (MI, or heart attack), shortly after being told their CAD is “insignificant.”

The symptoms of ACS are similar to those of stable angina but are often much more intense, frequent and persistent. The chest discomfort in ACS is often accompanied by other disturbing symptoms such as sweating, dizziness, nausea, extreme anxiety, and what is often described as a “feeling of impending doom.” The chest pain may be untouched by nitroglycerin (which usually relieves stable angina). On the other hand, some people who have ACS will have only mild symptoms, may even fail to notice any symptoms at all – at least initially.

Unfortunately, the permanent heart damage that often results from ACS will, sooner or later, produce symptoms.

Cardiologists divide ACS into three distinct clinical patterns. Two of them represent different forms of MI, and one represents a particularly severe form of angina, called “unstable angina.” All three are caused by acute blood clots in the coronary arteries.

If the blood clot is large enough and persists for more than just a few minutes, some of the heart muscle cells begin to die. The death of heart muscle is what defines an MI. Two types of MI that can be produced by ACS.

Both NSTEMI and unstable angina can be considered as “incomplete” heart attacks. These two forms of ACS need similar, aggressive medical management in order to reduce the likelihood that they will progress to a STEMI – which cardiologists often call a “completed” MI.

If you are having ACS, usually your symptoms, physical examination, medical history and cardiac risk factors will immediately steer the doctor to strongly suspect the diagnosis. From that point, he or she will quickly examine your ECG and measure your cardiac enzymes. Cardiac enzymes are released into the bloodstream by dying heart muscle cells, so an elevation in the cardiac enzymes means that heart cell damage is occurring.

The Significance of ACS

The three types of ACS represent the spectrum of the clinical conditions that can occur when a plaque ruptures within a coronary artery. In fact, there is actually no clear line that inherently divides STEMI, NSSTEMI, and unstable angina. Where cardiologists draw the line between a STEMI and an NSTEMI, or between an NSTEMI and unstable angina, is a relatively arbitrary decision. Indeed, the definitions of these three types of ACS have changed substantially over the years, as our knowledge – specifically our ability to interpret ECGs and detect heart cell damage with enzyme tests – have improved.

The important point is that every case of ACS (no matter how it is categorized) is a medical emergency, and requires immediate medical care to try to accomplish two things: 1) to limit the heart muscle damage being done acutely by the blood clot within the coronary artery, and 2) to limit the possibility that the plaque – which has now shown itself to be unstable and prone to rupture – will rupture again.