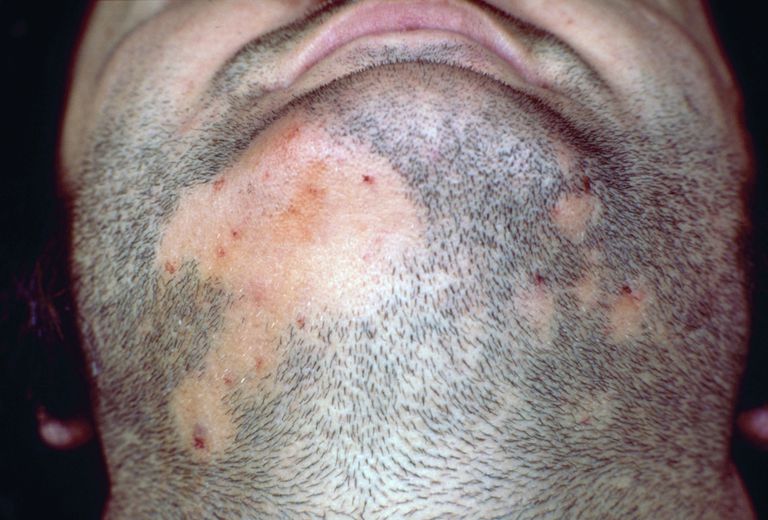 Alopecia areata is a hair loss condition characterized by the rapid onset of hair loss in a sharply defined area. Any hair-bearing surface can be affected, but the most noticeable surface is the scalp.

The reason alopecia areata occurs is not completely known. In some cases, it is associated with other diseases, but most of the time it is not. Research is ongoing to determine the best treatment for this sometimes-striking disease.

There are several different hypotheses as to what causes alopecia areata. Genetic factors seem to play an important role since there is a higher frequency of a family history of alopecia areata in people who are affected.

Alopecia areata appears to also have an autoimmune factor causing the patient to develop antibodies to different hair follicle structures. Certain chemicals that are a part of the immune system called cytokines may play a role in alopecia areata by inhibiting hair follicle growth. Some studies show that emotional stress may also cause alopecia areata.

In alopecia areata, something causes all the hairs in a certain area to enter the telogen or catagen stage at the same time.

The characteristic patch of alopecia areata is usually round or oval and is completely bald and smooth.

“Exclamation-mark” hairs may be seen at the margin of the patch. These are broken, short hairs that taper at the base. Pulling slightly on these hairs causes them to fall out.

Some people may experience a slight burning or tingling in the area of hair loss.

Other Hair Loss Conditions That May Be Mistaken for Alopecia Areata

Other diseases that may be mistaken for alopecia areata include:

The progress of alopecia areata is unpredictable. Some people lose hair in only a small patch. Others may have more extensive involvement. Alopecia totalis is the loss of 100% of scalp hair. Alopecia universalis is the loss of 100% of body hair. These last two conditions are rare. In the majority of patients, the hair will regrow completely within 1 year without any treatment.

There are several different treatment options for alopecia areata.

The most common course of action is simple observation. If the patch of hair loss is small, it is reasonable to observe it and allow the hair to regrow on its own. Another option is applying a strong topical steroid such as Diprolene or Temovate to the patch. It may take several months for the hair to grow back using this method.

Another common therapeutic option is an injection of a steroid, such as Celestone into the involved scalp skin. Initial regrowth of hair can be seen in 4 to 8 weeks and treatments are repeated every 4 to 6 weeks. The main side effect from any steroid use is thinning of the skin.

Minoxidil has been used to promote hair growth and has shown cosmetically acceptable results in 30% of cases. Minoxidil does not stop the disease process so stopping applications after hair have started to grow back may cause the hair to fall out again.

Another type of treatment is designed to produce a contact dermatitis, or irritation, at the site seemingly stimulating hair growth. The most common irritant used is called anthralin. Some studies suggest using minoxidil and anthralin in combination may be more effective.

Finally, as a measure when “all else fails,” PUVA may be used as a treatment. PUVA is also known as photochemotherapy. It involves taking a type of drug called psoralens (P) about 2 hours before measured exposure to long-wave ultraviolet light (UVA).

This treatment is used most commonly in severe cases of psoriasis. The initiation of hair regrowth may take 40-80 treatments and complete regrowth up to 1 to 2 years.