An Examination of the Cholesterol Hypothesis 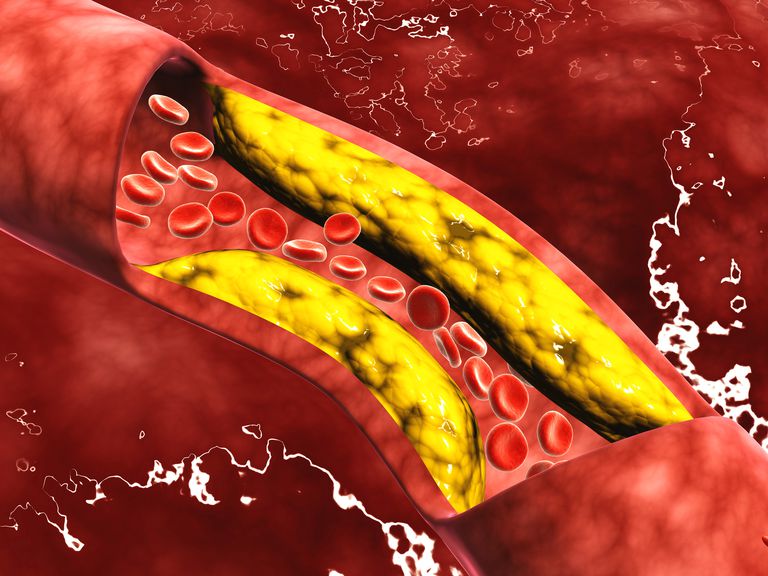 For decades, experts have urged us to alter our diets in ways designed to reduce our cholesterol levels, and pharmaceutical companies have spent multiple billions of dollars developing drugs for lowering cholesterol. The cholesterol hypothesis has become ingrained not only among doctors and the medical-industrial complex, but also among the population at large.

The cholesterol hypothesis is based on two important observations. First, pathologists showed a long time ago that cholesterol deposits are a major component of atherosclerotic plaques. Second, epidemiological studies—in particular, the Framingham Heart Study—showed that people with high blood levels of cholesterol have a significantly greater risk of subsequent cardiovascular disease.

New Questions About the Cholesterol Hypothesis

The problem is that, if the cholesterol hypothesis were actually true, then it should not matter which drug is used to reduce cholesterol; any method of lowering cholesterol should improve clinical outcomes.

But that is not what has been seen. Studies in which LDL cholesterol levels were substantially and significantly lowered with niacin, ezetimibe, bile acid sequestrants, fibrates, CETP inhibitors, hormone replacement therapy in post-menopausal women, and low-fat diets, generally have not been able to show improved cardiovascular outcomes. Indeed, in some of these trials, a substantially worse cardiovascular outcome was seen with treatment, despite improved cholesterol levels.

As a general synopsis of the body of cholesterol-lowering trials conducted so far, it is fair to say that reducing cholesterol levels with statins seems to improve cardiovascular outcomes, but reducing them with other interventions does not. This result strongly suggests that the benefits of cholesterol lowering seen with statin therapy are specific to the statins themselves, and cannot be entirely explained by simply lowering LDL cholesterol. For this reason, the cholesterol hypothesis, at least in its classic form, is now in serious doubt.

The Case For Completely Abandoning the Cholesterol Hypothesis

Statins represent a special case when it comes to cholesterol-lowering therapy. Statins have many effects on the cardiovascular system in addition to reducing cholesterol levels, and these other effects (which taken together amount to stabilizing atherosclerotic plaques) could explain much, if not most, of their actual clinical benefit. Drugs that lower cholesterol without having these other, plaque-stabilizing characteristics seem not to result in this kind of benefit. Therefore, it is reasonable to postulate that statins do not really improve cardiovascular risk by reducing cholesterol levels, but rather, might be doing so by means of these other, non-cholesterol effects.

A lot of doctors, and a fair number of cholesterol experts, seem to be ready to accept this line of thinking and to abandon the cholesterol hypothesis altogether.

The Case for Merely Revising the Cholesterol Hypothesis

Other experts—likely the majority—still strongly disagree with the idea that cholesterol levels aren’t that important. They hold this view because of the simple fact that, no matter how you cut it, when it comes to atherosclerotic cardiovascular disease, cholesterol does matter.

Atherosclerotic plaques are simply loaded with cholesterol. We also have strong evidence that the cholesterol that ends up in the plaques is delivered there by LDL particles. Furthermore, there is at least some evidence that, when you reduce LDL cholesterol in the blood to very low levels, you can even begin to reverse the atherosclerotic process—and make plaques shrink. Given this line of evidence, it seems very premature to assert that cholesterol levels do not matter.

It seems certain that cholesterol is important in the formation of atherosclerotic plaques. It also seems clear that, while increased LDL cholesterol in the blood correlates strongly with the risk of atherosclerosis, there is more to the story than just blood levels.

It is now quite apparent that it’s just not cholesterol blood levels alone that are important—it’s also the type and behavior of the lipoprotein particles that carry the cholesterol. In particular, it’s how and when various lipoprotein particles interact with the endothelium of the blood vessels to promote (or retard) plaque formation. For instance, we now know that LDL cholesterol particles come in different “flavors.” Some are small, dense particles and some are big, “fluffy” particles, the former being much more likely to produce atherosclerosis than the latter. Furthermore, LDL particles that become oxidized are relatively toxic to cardiovascular health, and are far more likely to worsen atherosclerosis. The makeup and the “behavior” of our LDL particles seem to be influenced by our activity levels, the type of diet we eat, our hormone levels, which drugs we are prescribed, and likely other factors which have not been defined yet.

Scientists are rapidly learning a lot more about the various lipoprotein particles, and what makes them behave in various ways, and under varying circumstances.

At some point, we will likely have a new, revised cholesterol hypothesis that takes into account our new learning about the behaviors of LDL, HDL, and other lipoproteins—behaviors that determine when, and how much, the cholesterol they carry is incorporated into plaques. And such a revised hypothesis (to be useful) will propose new ways of changing the behaviors of these lipoproteins to reduce cardiovascular disease.

What About the PCSK9 Inhibitors?

These trials indeed showed that when a PCSK9 inhibitor is added to maximal statin therapy, ultra-low LDL cholesterol levels were typically reached, and with these low cholesterol levels a significant improvement in clinical outcomes was seen.

But this result does not mean that the classic cholesterol hypothesis is thereby re-established. The individuals studied in these trials, after all, were still getting high-dose statin therapy, and therefore were getting all the “extra” plaque-stabilizing benefits which statin drugs provide. So, their clinical response was not due to “pure” cholesterol lowering. Furthermore, the favorable results obtained with PCSK9 drugs + statins does not negate the fact that cholesterol lowering with other drugs and other methods have generally failed to show a benefit.

Despite the results now seen with PCSK9 inhibitors, the cholesterol hypothesis does not sufficiently explain what has been observed in clinical trials.

In the meantime, the experts are left in an uncomfortable place where the hypothesis they’ve pounded into us for decades is plainly obsolete—but they’re not yet ready with a replacement.

With that in mind, it’s important that you remember that lifestyle changes and medications prescribed to treat coronary disease, including lipid-lowering drugs, have proven benefits. Never stop a course of treatment without speaking with your doctor first.

Comments Off on An Examination of the Cholesterol Hypothesis