An Overview of Menstrual Migraines 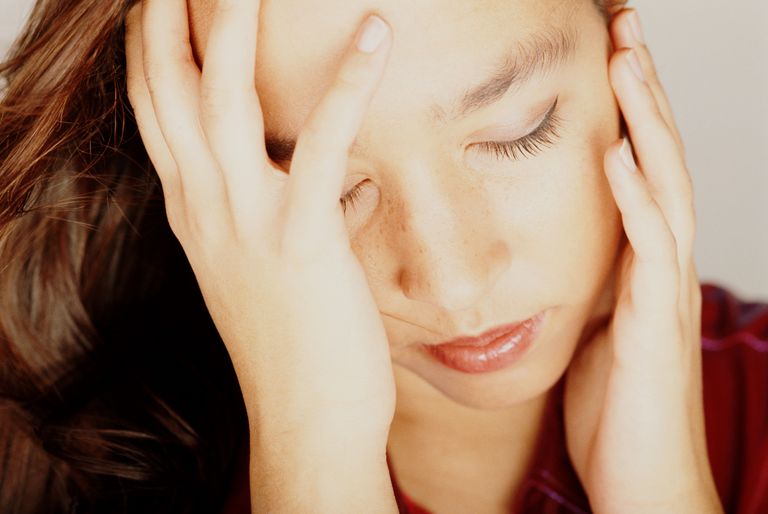 If you find that your migraines occur most frequently right before or at the start of your period, last longer, and are more severe and less responsive to typical migraine medications, you most likely have what are called menstrual migraines. According to the National Headache Foundation, migraines occur in women three times more frequently than in men, and menstrual migraines affect 60 percent of these women. Among females with migraines, attacks are about two to three times more likely to occur during menstruation than at other times during their cycles.

Symptoms of menstrual-related migraines include:

Symptoms of a pure menstrual migraine include:

Either type of menstrual migraine can occur in isolation or can be one of the complaints of premenstrual syndrome (PMS). Other PMS symptoms include nausea, bloating, breast tenderness, and mood swings.

Menstrual migraines can also be associated with painful periods.

Researchers have found a strong connection between estrogen and migraine headaches, which is why women tend to be more prone to migraines than men.

Typically, higher estrogen levels will prevent migraine headaches, whereas lower estrogen levels can trigger them. But it may be more the fluctuation or change in estrogen that triggers a migraine, not simply the fact that the level is low. That said, because a woman’s estrogen levels drop to their lowest point when she is menstruating, this is usually the time that migraines are most likely to occur.

Furthermore, the presence of estrogen is associated with increased levels of serotonin in the brain—hence, a decline in estrogen may be accompanied by a decrease in serotonin. Researchers believe that fluctuations in serotonin levels play a role in triggering migraines.

There are no tests to confirm a diagnosis of menstrual migraine, so the best thing to do is to keep a diary for at least three months, recording both your migraine attacks and the days you menstruate, as well as any migraine symptoms that occur during other times in your cycle.

Your doctor can then review this information and see how it compares to the symptom criteria for each type of menstrual migraine (see above) to come to a diagnosis.

How to Keep Track of Your Menstrual Cycle

First-line medications are the pain relievers and anti- inflammatory agents such as:

Some women will require stronger migraine-specific medications including:

Also, because cyclic changes in your hormone levels are a significant trigger for menstrual migraines, medications that reduce these hormone fluctuations have been shown to help control them.

The most common of these strategies is continuous use of the oral contraceptive pill. Not only does this inhibit ovulation, (the trigger for the hormone changes), it also maintains estrogen levels by eliminating the hormone-free week associated with the cyclic use of the birth control pill.

Keep in mind, though, that every woman’s body responds to hormones differently. In addition, there are side effects and contraindications involved in using birth control pills that may make it an inappropriate treatment for some women.

Learning to recognize other migraine triggers, such as stress, lack of sleep, or irregular eating, can also help to prevent menstrual migraines. Complementary and alternative medical options are also available.

Menstrual migraines, like all migraines, can be painful and disruptive, especially if you already experience other pre-menstrual symptoms. Fortunately, there are numerous treatment options available, though it may require a bit of patience and some trial and error to find the one that’s right for you.

Comments Off on An Overview of Menstrual Migraines