An Overview of Migraine With Brainstem Aura (Basilar-Type Migraine) 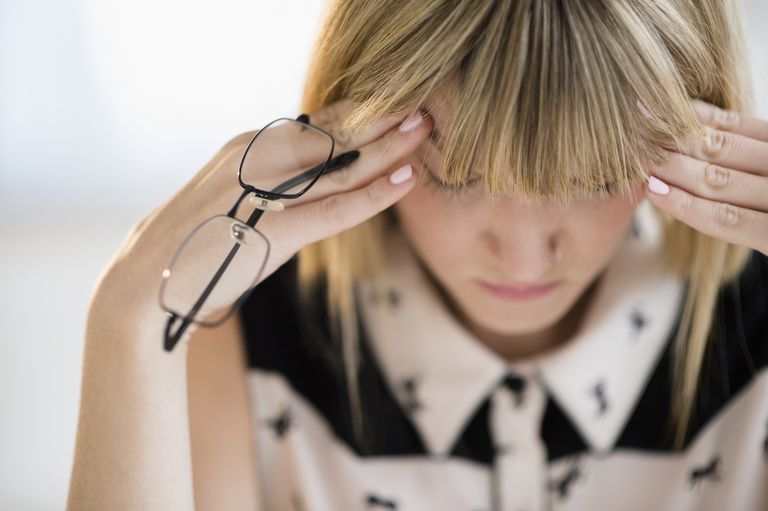 Descriptions of migraine with brainstem aura date back to ancient Greece, although it wasn’t until 1961 that a British neurologist, Edwin R. Bickerstaff, identified the condition and suggested it was caused by some sort of problem with the basilar artery that supplies the brainstem with blood. This theory has since been debunked. However, scientists still aren’t totally clear about what causes migraine with brainstem aura.

Fortunately, this type of migraine is relatively rare. According to one of the few studies looking at the incidence of migraine with brainstem aura, only about 10 percent of people who get migraine with aura experience this particular subtype.

The best treatments also are somewhat elusive, but as more is understood about the condition, the better able doctors will be to help patients manage it.

In order for someone to be diagnosed with MBA, then, they must meet the criteria for migraine with aura, which means a headache preceded by distortions in vision or other sensory disruptions and/or symptoms that impair speech or language that last for at least two minutes but usually no more than 60 minutes.

Migraine with brainstem aura must involve at least of the following:

Note, however, that weakness or paralysis on one side of the body in addition to any of these symptoms leads to a diagnosis of hemiplegic migraine rather than MBA; vision loss or other changes that affect only one eye is indicative of retinal migraine.

Usually, as with most migraine with aura disorders, the aura will subside as the headache kicks in. In the case of migraine with brainstem aura, head pain typically is concentrated in the back of the head and affects both sides—the approximate location of the brainstem and structures (blood vessels and nerves) that support it.

Along with head pain, migraine with brainstem aura usually is accompanied by nausea and vomiting. The entire episode can last for hours.

When Bickerstaff identified MBA, he hypothesized that a temporary narrowing or spasm of the basilar artery (actually two conjoined vertebral arteries) that supplies blood to the brainstem was the cause. The brainstem controls vision, hearing, movement, and vital functions such as heart rate, breathing, and blood pressure. This theory has never been proven.

More likely, according to the National Institutes of Health Genetics and Rare Diseases Information Center (GARD), migraines with brainstem aura likely are influenced by certain genes, as well as lifestyle and environmental factors. The genes believed to play a role in MBA are the ATP1A2 gene or the CACNA1A gene.

Scientists further think abnormalities of nerves and/or altered blood flow to the brainstem, as well as the occipital lobes, may play a role in the development of MBA.

For many people, a migraine with brainstem aura is set off by specific factors. A 2014 study published in the journal Pain Medicine identified these as the ones most involved:

There are no specific tests for diagnosing migraine with brainstem aura. Instead, a doctor will rely on a physical exam and a medical history to assess such things as your ability to think clearly, your physical strength, reflexes, vision, and nerve function.

Also, since migraine with brainstem aura can mimic a variety of other serious conditions, including stroke, epilepsy, brain tumor, congenital defects of the brain stem, and poor blood flow to the brain, certain tests may be needed to rule these out, as well as to eliminate other types of migraine with aura, including hemiplegic migraine and retinal migraine.

A physician may order tests such as:

How Migraines Are Diagnosed

As with most types of migraines, dealing with those with brainstem aura involves a combination of taking measures to keep them from occurring and using medication to relieve symptoms when prevention fails.

Once you’re diagnosed, you and your doctor will need to work together to find a regimen that works best for you.

One of the best ways to identify what triggers migraines of any type is to keep a record of each time one hits, including any factors that may have preceded it, such as an exceptionally stressful day or consumption of a particular food. Eventually, a pattern may emerge that reveals triggers that are specific to you, which can help you take steps to avoid them.

How to Keep a Headache Diary

Certain medications can help prevent migraine with brainstem aura as well. Those used most often include:

In most cases, the same medications used to treat other types of migraine headache symptoms—namely pain, nausea, and vomiting—are effective for migraine with brainstem aura.

Pain medications (analgesics): These include non-steroidal anti-inflammatory drugs (NSAIDs), including over-the-counter Advil and Motrin (ibuprofen) and Tylenol (acetaminophen), or prescription-strength versions of these drugs.

Antiemetics (anti-nausea): Medications to treat nausea, such as phenothiazine, may be used to treat migraine with brainstem aura.

Triptans: Triptans are usually not recommended to treat patients with migraine with brainstem aura, due to concerns that these medications may cause cerebral ischemia in this group of patients—although this is still somewhat controversial. The same applies to the use of ergotamine derivatives.

Greater occipital nerve block: This is a procedure in which a local anesthetic and/or steroid is injected into a nerve located in the back of the neck. This shot can relieve the pain temporarily for up to about three months and can be repeated.

Migraine with brainstem aura can be unsettling. And for those who have this type of attack frequently, the condition can be debilitating. Fortunately, once stroke, seizure disorders, brain tumors, and other serious concerns have been ruled out as the cause of symptoms, and it’s clear that you are dealing with a migraine disorder, there are multiple options available for preventing episodes and, if they do occur, treating them.