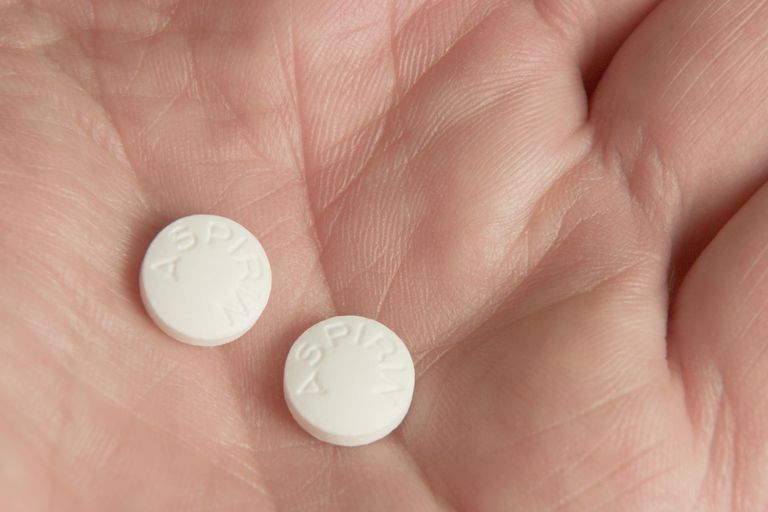 In terms of cost, availability, and usefulness, aspirin is one of the greatest triumphs of medical science. First isolated from willow bark hundreds of years ago, aspirin is now available as a simple over-the-counter formulation. Aspirin is effective as a painkiller, an anti-inflammatory, and has actions that provide protection against serious diseases like heart attack and stroke. While there is not yet a clear aspirin blood pressure connection, the protective benefits are so large that routine, daily administration of aspirin is now recommended by the American Heart Association as a standard component of maintaining a healthy heart.

Aspirin is a type of chemical called a “salicylate.” Simple salicylates have been used as pain and fever reducers since the time of the ancient Greeks, more than 1,500 years ago. While aspirin has a large number of potential actions in the body, those related to heart health are straightforward and well-understood. In the body, aspirin inhibits the formation of chemicals called “prostaglandins” by blocking an essential enzyme needed for their formation. Among the many properties of prostaglandins is their ability to promote blood cells to stick together. Thus, by blocking the formation of prostaglandins, aspirin decreases the likelihood of blood clots forming in your blood vessels.

Aspirin dosing varies greatly depending on the reason it is being taken. Large doses are sometimes needed for pain relief or to control fever. However, for the purpose of cardiovascular protection, much smaller doses are required. This is because aspirin exerts much of its prostaglandin blocking activity even at low doses, and it takes increasingly larger doses to realize smaller and smaller amounts of additional benefit.

The actual research regarding specific doses of aspirin is fairly complicated but has yielded data that can be generalized into a few basic recommendations, including:

While aspirin is generally a very well-tolerated medicine, it does have the potential to cause side effects. The important side effects of aspirin are generally:

A small number of people have unusual toxic reactions to small doses of aspirin. While serious, these reactions are rare, very easily noticed (cramping, vomiting), and can be treated.

Who Should Take It

Aspirin has shown benefit in people with a wide variety of cardiovascular problems. People who should consider taking aspirin include:

It is important to understand that while aspirin can help many people who either have or are at risk for, cardiovascular disease, the details of your personal medical history might mean that aspirin isn’t a good choice.

Who Should Not Take It

Additionally, aspirin should never be given to children or teenagers who have a fever or flu-like symptoms.

Despite the clearly demonstrated benefits of aspirin, it remains underutilized. In an attempt to increase the use of aspirin in patients, several governing medical bodies have been carefully reviewing their official recommendations. In early 2007, the American Heart Association – in response to newly analyzed data – updated their official recommendations to state that all women over 65 be considered for routine aspirin therapy.