Autism in Vaccinated and Unvaccinated Children 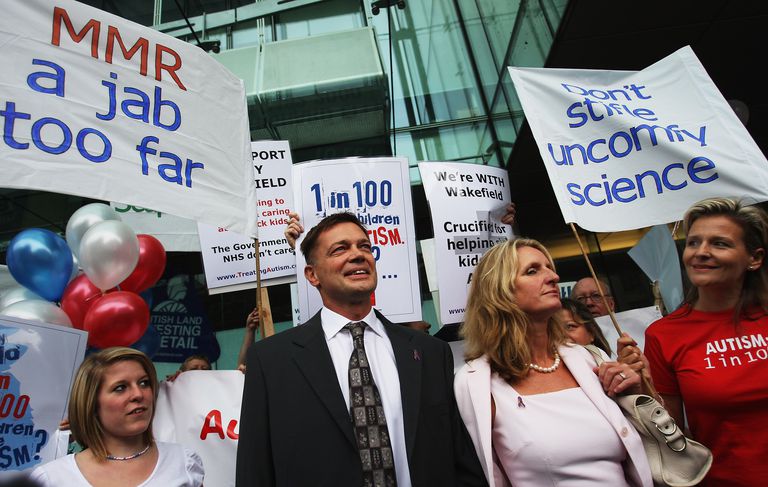 Despite there being no evidence showing a link between vaccines and autism, rumors about the connection persist. Vaccinated children develop autism at the same rate as unvaccinated children. Avoiding vaccines because of the persisting myth that they cause autism is dangerous. While it won’t prevent a child from getting autism, it also won’t protect them from vaccine-preventable diseases that can challenge their health and be spread to others.

The Truth Behind the Myth

A study by Andrew Wakefield, which has been retracted, started the debate about a link between vaccines and autism. Mr. Wakefield’s medical license has since been revoked due to conduct considered dishonest and irresponsible.

The fact is, vaccines do not cause autism. This statement is supported by vast research and evidence. For example:

In one of the largest studies ever, researchers analyzed medical records of over 95,000 children, more than 15,000 who were unvaccinated at two years of age and more than 8,000 who were age five and unvaccinated. About 2,000 of the children were considered high risk for autism because they had an older sibling with a diagnosis. The researchers found no evidence linking the MMR vaccine to autism even in the children who had an increased risk for the disorder.

During follow-up, researchers found 1 percent of the children studied were diagnosed with autism and of those who had an older sister with the disorder, 7 percent were diagnosed.  These findings were consistent with previous studies.

Newer research is pointing to a genetic basis for autism and suggests that autism might occur before a baby is even born.

Want to Talk About Vaccines With a Loved One? Practice Using Our Virtual Conversation Coach

Numerous studies have been done comparing autism rates between vaccinated and unvaccinated children. No difference has been found. For example:

One 2018 study reported in JAMA Pediatrics aimed to determine vaccination patterns of children with and without autism, as well as those of their younger siblings. The researchers determined that the children who had autism and their younger siblings had higher rates of being un- or under-vaccinated. This, the study authors note, suggests that these children are at higher risk for vaccine-preventable diseases.

So, while there is no proven benefit of avoiding vaccines in terms of autism prevention, this research highlights a proven danger of doing so.

Autism is lifelong disorder that causes problems with behavior, cognition and social interaction. While researchers still don’t know what causes the disorder, there has been no scientific proof that vaccines cause autism. Of course, the decision to vaccine is up to each family. But most doctors and researchers recommend vaccination because numerous studies prove the benefits to a child’s health outweigh any risks of vaccinating.