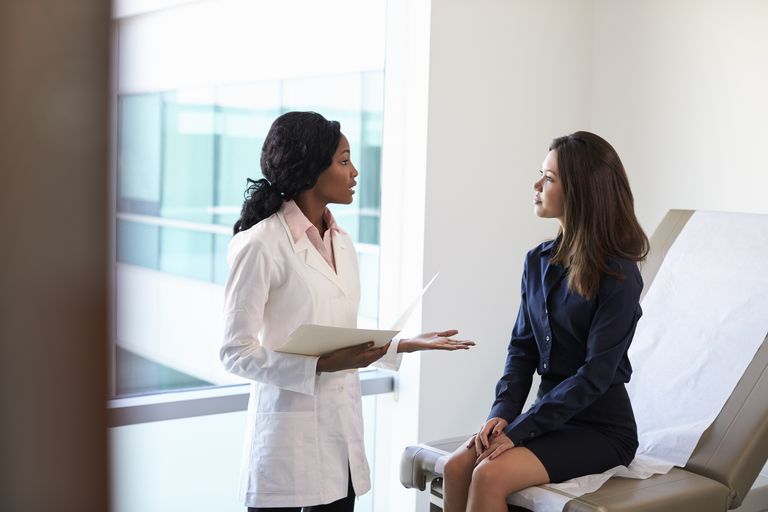 When a doctor recommends that a woman use boric acid suppositories to improve her vaginal health, the reaction is sometimes confusion. A popular use of the term acid makes all acids sound scary and corrosive. However, the vagina is naturally an acidic environment. A healthy vagina has a pH of approximately 4, thanks to lactic acid production by the normal vaginal flora.

The naturally acidic vaginal pH helps to keep the vagina healthy. A pH in the healthy range reduces the growth of many pathogens, including some of those commonly associated with sexually transmitted diseases. When the pH is disrupted by an infection or other vaginal health condition such as bacterial vaginosis, that can contribute to an overgrowth of unhealthy organisms. That’s when boric acid suppositories may be able to help.

Boric acid isn’t only useful because of its ability to affect vaginal acidity. Research suggests that it has some additional properties that are useful in treating vaginal infections. In particular, it has anti-microbial and anti-fungal activity beyond its pH effects. That may contribute to its ability to fight yeast infections and trichomoniasis.

Of note, boric acid suppositories are considered an alternative treatment. As with all alternative treatments, it is important to discuss the use of boric acid with your doctor. You should always make your doctor aware of any supplements and other medications you are using, as doing so can help her maintain and monitor your health. Alternative and natural remedies can interact with prescription medications and affect their function.

Yeast infections are a common vaginal health condition. Studies estimate that approximately one in five women is colonized with Candida, the most common form of yeast associated with vaginal infections. This number goes up in women in late pregnancy as well as in women who are immunosuppressed, such as those with advanced HIV. Symptoms can include vaginal itching, redness, and discharge.

Many women who get yeast infections get them repeatedly and are good at recognizing and identifying their symptoms. That’s why there are so many over the counter remedies available. However, other infections can have similar symptoms. Therefore, if you have any questions about the source of your symptoms, speak to your doctor.

Trichomoniasis is a sexually transmitted infection caused by Trichomonas vaginalis. Trichomonas are known to be susceptible to more acidic pH. They have difficulty growing in acidic environments in the lab, and infections have been shown to occur more frequently in women who have a higher than healthy vaginal pH. As such, researchers have explored whether boric acid is an appropriate treatment for trichomoniasis.

There is some evidence that boric acid suppositories can be used to treat trichmoniasis. However, the studies have been fewer, and smaller, than those investigating the role of boric acid in treating yeast infections and other forms of vaginitis. That said, laboratory-based studies have shown that boric acid can effectively inhibit the growth of trichomonas, above and beyond its effects on the acidity of the environment. This supports the idea that boric acid should be an appropriate treatment option for trichomoniasis.

If your doctor has had difficulty treating your trichomoniasis infection by conventional means, it may be worth discussing boric acid treatment. It has shown to be relatively safe for treating other infections. Therefore, it may be a reasonable option to try when other treatments have failed. Just be aware that sexual partners need to be treated for trichomoniasis as well, and you should practice safe sex until treatment has been successful. Otherwise, there is a risk that you could pass an infection back and forth between you indefinitely.

Bacterial vaginosis, or BV, is not generally thought of as a sexually transmitted infection. However, it and other forms of non-infectious vaginitis (such as yeast vaginitis) may still be associated with sexual activity. They are often also associated with an increased vaginal pH, corresponding to a less acidic vagina. In fact, one of the hallmarks of bacterial vaginosis is a disruption in the healthy vaginal flora that contributes to vaginal acidity.

So-called “alternative” remedies range in quality. Some are heavily researched, well understood, and known to be effective. Others have no evidence behind them, just a lot of marketing dollars. Most fall somewhere in between. They may have only small studies supporting them, or low-quality studies, where the quality of the evidence is questionable – if promising. (One example of an alternative remedy in that category is the use of honey to treat herpes.)

The quality of the evidence for the use of boric acid in vaginal health is somewhat better than that—in the range of fair to moderate. There have been a number of human studies and in vitro studies showing its effectiveness. The evidence has not always been consistent, but it is strong enough to suggest that boric acid treatment may be a safe, reasonable option for treating some vaginal health problems. In particular, it may be worth consulting with your doctor about trying boric acid suppositories when standard yeast, BV, and trichomoniasis treatments have failed.

Comments Off on Boric Acid for Vaginal Health