BRCA2 Gene Mutations and Cancer Risk in Men and Women 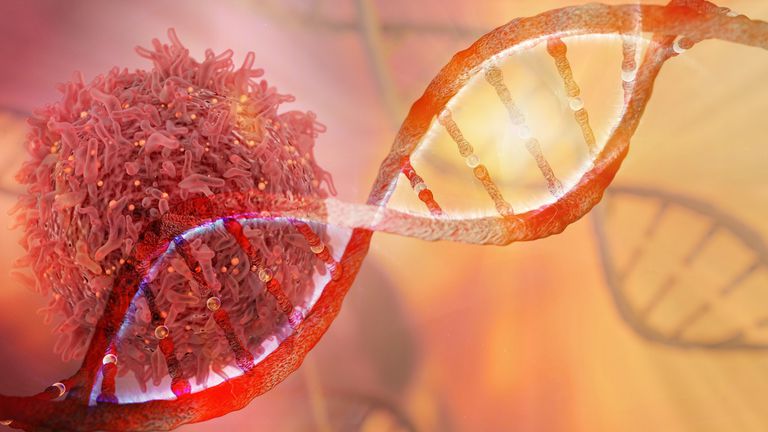 Many people are aware that BRCA2 gene mutations are associated with an increased risk of breast cancer, but these mutations have also been linked with ovarian cancer, pancreatic cancer, prostate cancer, lung cancer, and leukemia. While BRCA2 mutations are often linked together with BRCA1 mutations, there are many important differences. The two mutations confer different risks for breast and ovarian cancer and are also associated with different cancers in other regions of the body. For example, pancreatic cancer is more common with BRCA2 mutations but not BRCA1 mutations.

Let’s look at how exactly a BRCA2 mutation can increase cancer risk, the cancers associated with this mutation, who should be tested, and the options available to reduce cancer risk or at least detect these cancers as early as possible.

A quick review of genetics can make BRCA mutations easier to understand. Our DNA is made up of 46 chromosomes, 23 from our fathers and 23 from our mothers. Genes are sections of DNA found in chromosomes that code for specific functions. They are like a blueprint the body uses to make proteins. These proteins then have a wide array of functions ranging from the hemoglobin in your blood that binds oxygen, to protecting you from cancer.

Mutations are areas of damaged genes. When the gene or blueprint is damaged, an abnormal protein can be made which doesn’t work like that normal protein. There are many different types of BRCA mutations. The “code” in genes is compromised of a series of letters (known as bases). Series of these letters tell your body to put different amino acids in order to make a protein. Not uncommonly a base is deleted (deletion mutations), sometimes one is added, and sometimes several of the bases are rearranged.

How Cancer Is Caused

The BRCA gene is a special gene called a tumor suppressor gene which has the blueprint for proteins which help to protect us against developing cancer.

Damage (mutations and other genetic changes) occurs in the DNA of our cells every day. Most of the time, proteins (such as those coded for in BRCA tumor suppressor genes) repair the damage or eliminate the abnormal cell before it can go through the process of becoming a cancer. With BRCA2 mutations, however, this protein is abnormal, so this particular type of repair does not occur (BRCA proteins repair breaks in double-stranded DNA).

Having a BRCA mutation is relatively uncommon. BRCA1 mutations are found in roughly 0.2 percent of the population, or 1 in 500 people.

BRCA2 mutations are somewhat more common than BRCA1 mutations and are found in 0.45 percent of the population, or 1 in 222 people.

Who Should Be Tested?

At the current time, it’s not recommended that BRCA2 testing be performed for the general population. Instead, those who have a personal or family history of cancer may wish to consider testing if the pattern and types of cancer found suggest that the mutation may be present. People who may wish to consider BRCA testing include:

It’s important to note that there are a number of non-BRCA gene mutations that raise breast cancer risk (BRCA mutations are responsible for only 9 percent to 29 percent of hereditary breast cancers), and testing for many of these mutations may wish to be considered as well.

Having a BRCA2 mutation is different than BRCA1 mutations (which was what Angelina Jolie had and is spoken of more often) and raises the risk of several different types of cancer. At the current time, however, our knowledge is still growing and this may change in time. Cancers which are more common in people with BRCA2 mutations include:

Unlike the increased risk of colon cancer in some people with BRCA1 mutations, one study did not find any increased risk in those with BRCA2 mutations beyond that of the general population. Other studies have supported this finding. Screening guidelines recommended that all people have a screening colonoscopy (or comparable testing) at the age of 50.

People who inherit two copies of a mutated BRCA2 gene, in addition to the cancers above, are more likely to develop solid tumors in childhood and acute myeloid leukemia.

There are two different management approaches for people with BRCA2 mutations, both of which are designed to reduce the chance that a person will die from one of the cancers of risk:

Most approaches to a genetic predisposition to cancer include either screening or risk reduction, but there is one test that can do both. Colonoscopy can be used to detect colon cancer in the earliest stages. It can, however, be used to reduce the risk of a person getting cancer if a pre-cancerous polyp is found and removed before it becomes malignant.

We don’t have screening or treatment options for all cancers linked with BRCA2 mutations. It is also early in the process of determining which screening methods and treatments are best, so it’s important to have a physician who is experienced in caring for BRCA mutation carriers. Let’s look at options by cancer type.

People who carry a BRCA2 mutation have an increased risk of developing several types of cancer. For some of these, there are methods of screening which may aid in early detection, as well as surgical and medical ways to reduce risk.

Certainly, a healthy lifestyle can’t be understated when combined with one of these mutations, as we know that BRCA mutations do not guarantee you will get cancer. Many people ask about testing, but at the current time testing is only recommended for those who have a personal or family history that suggest the mutation may be present.