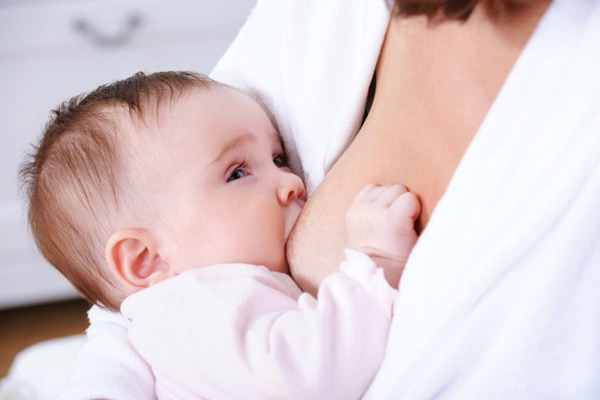 A large study of mothers and children carried out in Zimbabwe lends further support to the view that it is probably better for mothers with HIV infection to breastfeed exclusively rather than engage in mixed feeding, as children exposed to a mixture of breastfeeding and other forms of feeding are more than four times as likely to have become infected with HIV at the age of six months when compared to infants exclusively breastfed.

The safest way to breastfeed in the first six months is to do so exclusively, without adding any other foods or fluids to the infant’s diet. Such additions are not needed and may cause gut infections that could increase the risk of HIV transmission. Early introduction of non-human milks and solid foods should be strongly discouraged because it increases the risk of HIV infection for babies of HIV-positive women and the risk of diarrhea and respiratory infections for all babies.

There is evidence that the risk of transmission continues as long as the infant is breastfed. The risk of death due to replacement feeding is greatest in the first few months and becomes lower later on. Some mothers may choose to stop breastfeeding early and introduce breast milk substitutes as soon as an available replacement method becomes safer. The optimal time for introducing substitutes is not known and varies with the situation.

Why is Mothers’ Milk recommended ? However, the best way to protect children from HIV is to help women avoid HIV infection.

Comments Off on Breastfeeding And HIV Transmission problems in pregnancy