Can Hair-Coloring Products Hurt You or Cause Cancer? 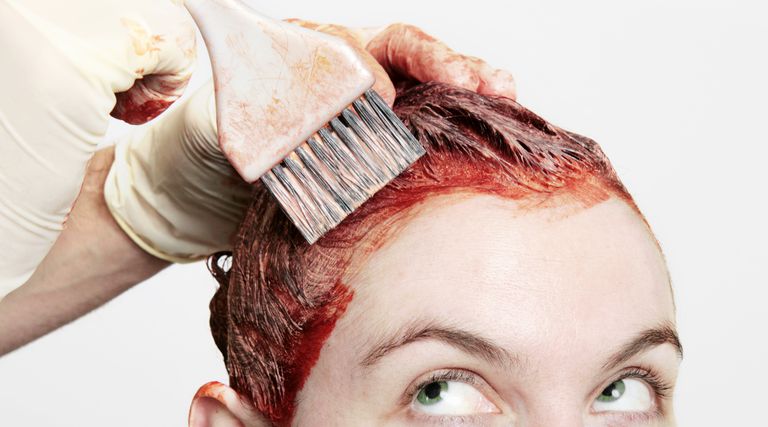 If your hair is going gray, you may be one of the estimated one-third of adult women–and one-tenth of adult men–who decide to cover it up with chemical color. The treatments range from an occasional set of reverse highlights that put darker color back into hair, all the way to coloring roots to eliminate gray every three weeks.

How safe are these coloring products? Some research data have suggested a higher incidence of certain cancers among hairdressers and barbers who use these preparations in their workplace, and among people who use them at home. Other studies have shown no link.

Do Hair Dyes Cause Cancer?

There are a variety of products available to color aging hair. Temporary tints are easily washed out because they are not absorbed by the outer layer, or cuticle, of the hair shaft. Semi-permanent colors do penetrate and stain the cuticle, lasting up to six to 10 shampoos. Permanent dyes are by far the most popular, making up about 80% of the market. They last the longest by creating colored molecules within the hair shaft itself.

In the mid-1970s some research concluded that components of permanent hair dyes, including some aromatic amines, did cause cancer in animals. Consequently, most manufacturers removed those ingredients by 1980, so the U.S. Food and Drug Administration (FDA) and National Cancer Institute’s summaries of health research on hair dyes often stipulate dangers associated with use prior to, or after, that year.

Unfortunately, there have been few studies since then that have firmly established a risk–or lack of risk – of cancer associated with hair dyes. In addition, the research that does exist doesn’t always distinguish between the type of dye (temporary, semi-permanent, permanent) used by its subjects or the frequency of application. A person coloring roots every few weeks has a much greater chemical exposure than someone using a temporary rinse every few months. The main areas of research involve bladder cancer, marrow and blood cancers such as non-Hodgkin lymphoma and leukemia, and breast cancer.

Some studies have discovered a link between permanent dyes and bladder cancer, especially among long-term (more than 15 years) home users. By contrast, a large 2003 Swedish study of more than 45,000 male and female hairdressers found no increase in bladder cancers.

Other research on dyes and blood and bone marrow cancers, like non-Hodgkin lymphoma and leukemia, has also shown conflicting results. A 2007 review of four research projects, involving a total of more than 10,000 women, found that increases in one type of non-Hodgkin lymphoma were found only in women who began using hair dye before 1980, with the exception of an increase in follicular lymphoma among female users of dark-colored dye, who began coloring after 1980. Dark colors contain more of the aromatic amines, which make up the colorless “intermediate” component of the dye.

No link between hair dyes and breast cancer has been found.

What About Birth Defects?

Another question arises for many women regarding the risk of birth defects, either through personal use or exposure in the workplace. Some animal studies have shown teratogenic—or birth defect-causing—effects with very high doses. No birth defects have been linked in human use, however, probably because the absorption of chemicals through the skin is very limited.

Still, to err on the side of caution, physicians at the Motherisk Program at Toronto’s Hospital for Sick Children recommend that women limit coloring their own hair to three to four times during a pregnancy. For hairdressers, while pregnant, Motherisk advises wearing gloves and working in a well-ventilated area for no more than 35 hours per week.

How to Use Hair Dye Safely

Given some conflicting research results for hair dyes and cancer in general, the FDA issues the following guidelines for safe use:

Comments Off on Can Hair-Coloring Products Hurt You or Cause Cancer?