Can Marijuana Help My Cancer Treatment Side Effects? 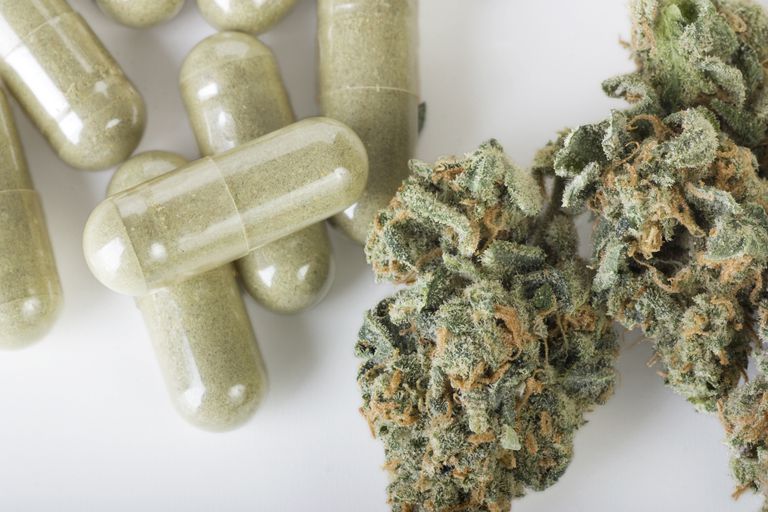 Cannabis sativa, more commonly known as the marijuana plant, has a long history in medicine. In fact, there is written evidence of the medical use of cannabis in China dating more than 5,000 years ago. It was recommended for a variety of ailments ranging from diarrhea and hemorrhoids to nausea and chest congestion, and also used as an aphrodisiac, pain reliever, and anesthetic.

As our knowledge of the human body and disease grows, so does our understanding of these ancient medicines. What role does cannabis play in the treatment of the modern day leukemia or lymphoma patient?

The Cannabis sativa plant produces more than 70 chemical compounds known as cannabinoids. While about 60 of these cannabinoids are inactive and have little or no effect on the function of our brains, the remaining compounds can be very potent and these may be used medically to treat a number of symptoms.

The most potent of these cannabinoids is tetrahydrocannabinol (THC), the active agent in marijuana. The discovery of THC in the 1960s lead to the development of medications, dronabinol (Marinol), nabilone (Cesamet), Sativex, Levonantradol, and Synhexyl which are based on synthetic and natural forms of THC.

How Do Cannabinoids Work?

CB1 is a receptor present mainly in our central nervous system that plays a role in nausea, vomiting, and anxiety, and is the one that is affected by cannabis and THC. CB2 is found in other body tissues and plays a role in our immune system.

Cannabinoids stimulate these receptors, which ultimately leads to relief of symptoms.

What Can Cannabinoids Do For Me?

Currently, cannabinoids are approved for use in cancer patients with nausea and vomiting that has not responded to usual therapy, as well as to stimulate appetite in patients with AIDS/HIV. Clinical studies however have shown that cannabinoid therapy can be effective to manage a number of symptoms in the cancer patient:

In addition, studies are underway to determine if medications that affect the CB2 (immunity) receptors may actually kill cancer cells.

It is important to recognize that cannabinoid therapy does not work for everybody, and that sometimes the negative side effects outweigh the benefit of the drug. If you are experiencing nausea and vomiting that cannot be controlled, or you think that you may benefit from cannabinoid therapy, speak to your health practitioner.

What Side Effects Can Be Expected?

As with any medications, cannabinoids can cause a number of side effects:

Some patients that take dronabinol may experience a “high” similar to the sensation that accompanies smoking marijuana.

Negative side effects of cannabinoids are usually related to higher doses and may lessen as you continue to take it.

How Are Cannabinoids Taken?

Most cannabinoids are taken by mouth in pill or capsule form. The action of these medications may take some time to provide relief, so if you are taking these medications for relief of pain or nausea, you will want to stay on a fairly regular schedule and not wait for your symptoms to get out of control before taking it.

Sativex, which is a 50/50 combination of THC as well as another cannabinoid called cannabidiol, is a liquid that is sprayed into your mouth or on the inside of your cheek. The onset of the action of Sativex is faster than other types of cannabinoids.

When cannabinoid medications are created in the lab, it is done to meet very strict international regulatory guidelines. These requirements help ensure that the end product is safe and effective. Depending on how and by whom the cannabis plants were grown, marijuana may vary significantly from batch to batch and may not follow any safety guidelines. In addition to any concerns this may raise with how effective the product is, there may also be any number of impurities present which could lead to negative side effects or infection if inhaled.

Aside from being illegal in many places, smoking of marijuana may also lead to irritation of the lungs, and, according to some research, may cause cancer.

While medical marijuana has become popular in the media in the past few years, cannabis sativa has been used in patient care for thousands of years. As we learn more about the benefits of some of the compounds contained in cannabis, scientists strive to isolate and purify these chemicals for safe use.


Best Clickbank Products
Comments Off on Can Marijuana Help My Cancer Treatment Side Effects? cancer