Can Opioids Cause Heart Problems? 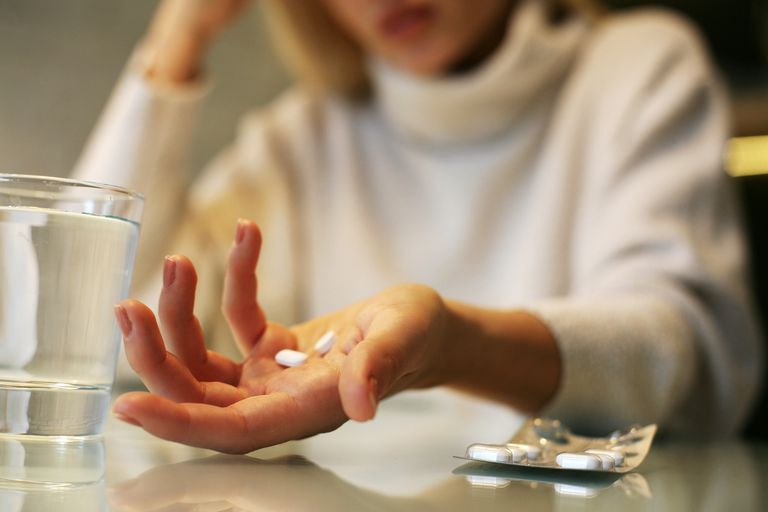 Opioids (or opiates) are a class of drugs that are either made from the opium poppy or are artificially synthesized to function like these “natural” opioids. Opioids work by binding to specific protein receptors in the brain and spinal cord, significantly diminishing the pain signals being sent to the brain and dampening the perception of pain.

Opioids have long played an important role in medicine as a powerful method of controlling pain. However, opioids can also cause severe problems. These drugs are highly addictive. In fact, addiction both to prescription opioids and to illicit opioids (chiefly, heroin) has become a major societal problem. Opioid addiction is causing an epidemic of overdose-related deaths. In the U.S., more than 30,000 deaths from opioid overdoses were recorded in 2015 alone, according to the NIH. In addition, trafficking in opioids is causing poverty, violent crime, disrupted families, and other societal chaos.

Furthermore, opioids can produce troublesome issues even in people who take them chronically under a doctor’s supervision. Such problems include constipation, sedation, impaired ability to function, accidents and injuries, urinary retention, and heart problems.

The heart problems seen with opioids are not generally well known among the public, or for that matter by many doctors. In fact, some of the cardiac issues associated with opioids are just now being recognized. However, for the people who develop opioid-related cardiovascular problems, these issues can have a major impact on health. People who use opioids chronically for pain control, and the doctors who prescribe them, ought to be very aware of the cardiac risks.

The Use of Opioids in Medicine

Opioids are especially useful for controlling severe pain caused by temporary medical conditions, such as broken bones or post-operative pain, and in controlling pain associated with severe end-stage medical problems, especially terminal cancer. In these situations, opioids tend to be very effective, and (because their use in these situations is time-limited) the risks associated with using them is minimal.

They can also be effective in treating less severe and more chronic pain, but their usage for this type of pain is very controversial. Chronic usage of opioids may lead to abuse and addiction. This is partly related to the fact that opioids display the feature known as “tolerance”—that is, over time people need higher and higher doses of opioids to achieve the same levels of pain control that were initially achieved with much lower doses. Prescribing and taking the “right” amount of opioids for long periods of time, therefore, is a challenge. Experts recommend that when opioids are used to treat chronic pain not associated with cancer, their use be supervised by doctors who specialize in pain control.

Before describing the cardiac problems that can be caused by opioids, it will be worthwhile to list the more common difficulties these drugs can cause. As we have seen, the way opioids work is by binding to opioid receptors in the central and peripheral nervous systems, and by doing so they reduce the perception of pain. However, when excessive doses of opioids are used, their action on the nervous system can produce several other effects, including sedation, euphoria, depressed breathing, seizures, confusion, vomiting, pinpoint pupils, and stupor.

Death from opioid overdoses most often occurs during an opioid-induced stupor, in which the respiratory drive becomes so thoroughly depressed that breathing simply stops.

Given these dramatic non-cardiac effects of opioids, it may not be surprising that many of the cardiac problems caused by these substances have gotten relatively little attention. However, opioids are now associated with several kinds of heart problems, and some of them can be life-threatening.

The cardiac problems associated with opioids include:

Depressed function of the heart muscle. While opioids by themselves have little effect on the ability of the heart muscle to contract forcefully (that is, on cardiac contractility), contractility can indeed become suppressed when opioids are combined with benzodiazepines (drugs like Valium). This combination is not rare in people taking chronic opioids. In people who have an underlying heart problem that produces some degree of weakness in cardiac function, such as a cardiomyopathy, the combination of an opioid and a benzodiazepine can precipitate overt heart failure.

Bradycardia. Bradycardia, or a slow heart rate, is seen fairly frequently in people taking opioids. Generally, this bradycardia is due to a slowing of the sinus node, as is seen in sick sinus syndrome. Opioid bradycardia rarely causes symptoms at rest, but it can lead to poor exercise tolerance, since the heart rate may be incapable of increasing normally with exercise.

Ventricular tachycardia. Two opioids in particular (methadone and buprenorphine) can induce a phenomenon on the electrocardiogram (ECG) called QT prolongation. In some people, QT prolongation can produce a dangerous form of ventricular tachycardia called torsades de pointes. This type of cardiac arrhythmia commonly produces episodes of severe lightheadedness, syncope, or even sudden death.

Atrial fibrillation. Atrial fibrillation, a rapid, irregular heart rhythm caused by a disrupted and fractionated electrical signal in the heart’s atria (the upper cardiac chambers), has been shown to be significantly more frequent in people who use opioids. People with atrial fibrillation have a relatively high incidence of stroke, and possibly of heart attacks.

Cardiovascular death. A study published in the Journal of the American Medical Association in 2016 surprised and disturbed the medical community by reporting that, among people receiving prescription opioids for chronic non-cancer pain, there was a significant increase in cardiovascular deaths, as well as a significant increase in non-overdose-related mortality. The cause of this excess in cardiovascular deaths with chronic prescription opioid therapy is speculative at this time. One theory is that chronic opioid use may cause sleep-disordered breathing, a condition which is associated with cardiac arrhythmias, heart attacks, and sudden death. However, more studies are required to confirm the findings of this study, and to tease out the possible causes.

Like most useful things, opioids — which have rendered severe pain bearable for millions of people — have been a decidedly mixed blessing. In addition to the many well-known problems associated with opioid use is the less well-known fact that they can produce several kinds of heart disorders. The potential for cardiovascular problems is yet another reason that both doctors and patients should be wary of using these drugs for chronic pain control.


Best Clickbank Products
Comments Off on Can Opioids Cause Heart Problems? heart disease