Can Your Cholesterol Be Too Low? 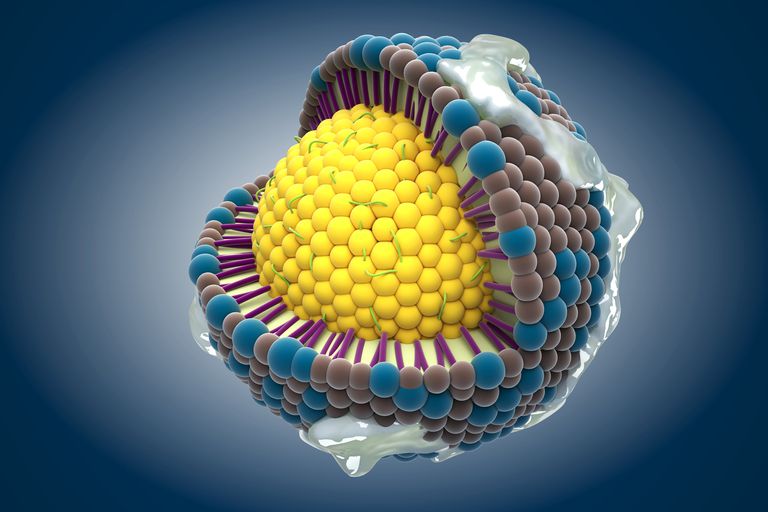 While most of us have been advised about the dangers of high cholesterol and the ways to avoid it, there are indeed situations where your cholesterol may be too low. These have to do with specific aspects of your cholesterol profile, rather than your total cholesterol itself. Having suboptimal levels of “good” high-density lipoprotein (HDL) cholesterol increases the risk of hypertension and heart disease. And while having too much “bad” low-density lipoprotein (LDL) increases your risk of heart attack and stroke, data suggests an association, but not a causal relationship, between having too little and an increased risk of certain cancers, mood disorders, and cardiovascular diseases.

This last fact often comes as a surprise to many who have been advised to get their LDL down. While scientists are still not certain why there appears to be a pretty clear threshold as to when a low LDL becomes problematic. While low HDL is typically associated with high-carbohydrate diets and obesity, there are also genetic and environmental factors that can cause levels to dip.

Despite its association with heart disease and obesity, cholesterol is essential to making certain vitamins and hormones, and it also plays a part in digestion and the metabolization of nutrients. The problem is that most Americans consume way too much through high-fat, high-carb diets. This only adds to the cholesterol that is already naturally produced by the liver.

We can measure HDL and LDL levels with a simple blood test. For the average American adult, the values, measured in milligrams per deciliter (mg/dL), can be interpreted as follows:

Other blood tests are used to measure triglycerides, another form of fat, and total cholesterol, the total amount of LDL, HDL, and triglycerides in a blood sample.

From the standpoint of heart health, the total cholesterol level can never be too low. A problem, however, arises when the HDL drops below 40 mg/dL. Quite simply, the less HDL there is in your blood, the less LDL you can clear from the body. This, in turn, increase your risk of atherosclerosis (hardening of the arteries), heart attack, and stroke.

HDL functions as an antioxidant, preventing arterial damage caused by other lipids. If the HDL is low (a condition referred to as hypoalphalipoproteinemia), the loss of the antioxidative effect may not only promote but accelerate plaque formation.

There are many reasons why your HDL may be low. Chief among these is a high-carbohydrate diet. A diet of this sort not only affects your blood sugar, increasing the risk of insulin resistance, but it can also lower your HDL while raising both your LDL and triglycerides by 30 percent to 40 percent.

Other factors associated with hypoalphalipoproteinemia include:

While a low-fat diet is not seen to contribute significantly to chronically low HDL levels, malnutrition can.

While it would be fair to assume that a low LDL is a good thing, there are rare circumstances in which chronically low levels may increase your risk of certain diseases.

LDL is what’s called a carrier protein, whose role it is to deliver chemicals to every cell in the body. It is also a critical component of cell membranes, serves as a brain antioxidant, and is used by the body to create the hormones estrogen, progesterone, and testosterone.

These conditions can affect both sexes but tend to impact women with an LDL below 50 mg/dL. Men, by contrast, are more likely to be affected when their LDL dips below 40 mg/dL.

While there remains strong debate as to the associations, given the disparate nature of the conditions, it may be reasonable to assume that the depletion of LDL may increase the oxidative stress on the brain, impacting both brain function and vascular integrity.

Similarly, abnormally low LDL levels during pregnancy may trigger hormonal imbalances that contribute, at least in part, to premature birth. We also know that low LDL is also associated with the dysregulation of a protein known as tumor necrotizing factor alpha (TNF-a), the condition of which may be associated with cancer, major depression, and Alzheimer’s disease.

With that being said, hypobetalipoproteinemia is often caused by cancer, liver disease, severe malnutrition, and other wasting disorders. As such, no one knows for sure if a chronically low LDL is necessarily the cause or consequence of a disease. It may be in some cases, but not others.

Hypobetalipoproteinemia is also believed associated with mutations of the so-called ANGPTL3 gene, causing abnormal drops in both LDL and HDL. Other likely genetic causes have been identified.

It is often difficult to manage low cholesterol with anything other than diet or lifestyle. There are currently no pharmacological agents able to raise HDL (with the exception of hormone replacement therapy in postmenopausal women).

Beyond that, the best way to get your cholesterol within the normal limits is to:

Aim to keep your total cholesterol within the middle range, somewhere between 150 and 200 mg/dL, and to continue monitoring your levels as directed by your doctor.

Get our printable guide for your next doctor’s appointment to help you ask the right questions.

While the current U.S. dietary guidelines no longer restrict cholesterol to 300 milligrams per day, this shouldn’t suggest that the amount we eat is no longer an issue. By and large, foods that are high in cholesterol tend to be high in saturated fat, the latter of which significantly increases the risk of cardiovascular disease (CVD).

It is important to note that dietary cholesterol is derived only from animal sources, including meat, poultry, shellfish, dairy products, and egg yolks. Of these, foods like eggs and shellfish are high in cholesterol but low in saturated fat, making them an ideal source for the cholesterol our bodies need.

To this end, cholesterol is not a “danger” in and of itself. It is the type of cholesterol-containing foods we eat that influence our risk of CVD and other cardiovascular-related illnesses.

How Cholesterol and Memory Loss Are Linked

Comments Off on Can Your Cholesterol Be Too Low? high cholesterol