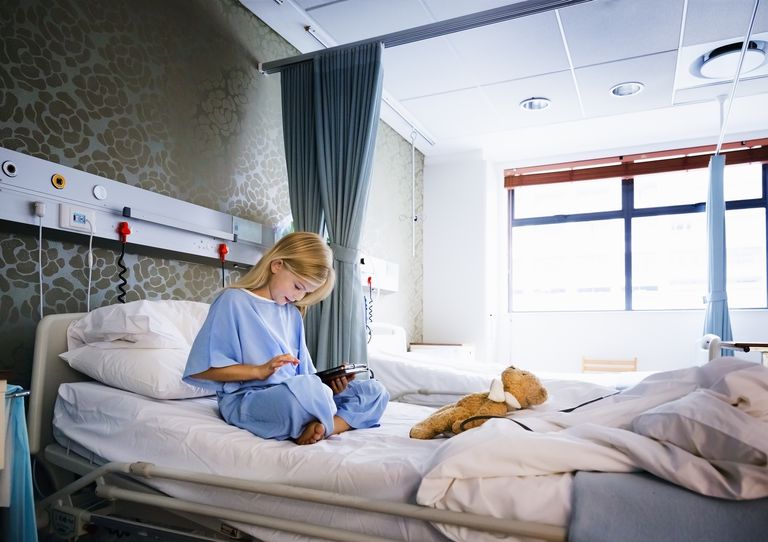 Kawasaki disease (KD), also called mucocutaneous lymph node syndrome, is an acute inflammatory disease of unknown cause, most often affecting infants and children. Kawasaki disease is a self-limited disease, lasting about 12 days. Unfortunately, however, children with Kawasaki disease who are not treated aggressively can suffer permanent cardiac complications, especially aneurysms of the coronary arteries, which can lead to heart attack and sudden cardiac death.

Acutely, the symptoms of Kawasaki disease include high fever, rash, redness of the eyes, swollen lymph nodes in the neck area, red palms and soles, swelling of the hands and feet, and tachycardia (rapid heart rate) that is out of proportion to the degree of fever. These kids are generally quite sick, and their parents usually recognize the need to take them to the doctor.

This is a good thing since making the right diagnosis and treating the child early on with intravenous gamma globulin (IVIG) can be very helpful in preventing long-term cardiac problems.

During the acute illness, blood vessels throughout the body become inflamed (a condition called vasculitis). This vasculitis can produce several acute cardiac problems, including tachycardia; inflammation of the cardiac muscle (myocarditis), which in some cases can lead to severe, life-threatening heart failure; and mild mitral regurgitation. Once the acute illness subsides, these problems almost always resolve.

In most cases, kids who have Kawasaki disease, as sick as they are, do well once the acute illness has run its course. However, about one in five children with Kawasaki disease who are not treated with IVIG will develop coronary artery aneurysms (CAA).

These aneurysms — a dilation of a portion of the artery — can lead to thrombosis and blockage of the artery, causing myocardial infarction (heart attack). The heart attack can occur at any time, but the risk is highest during the month or two after acute Kawasaki disease. The risk remains relatively high for about two years, then declines substantially.

If a CAA has formed, however, the risk for a heart attack remains at least somewhat elevated forever. Furthermore, people with CAA appear to be particularly prone to developing premature atherosclerosis at or near the site of an aneurysm.

CAA due to Kawasaki disease appears to be most common in people who are of Asian, Pacific Islander, Hispanic, or Native American descent.

People who suffer a heart attack due to CAA are prone to the same complications as those who have more typical coronary artery disease — including heart failure and sudden cardiac death.​

Early treatment with IVIG has been shown to be quite effective in preventing coronary artery aneurysms. But even when IVIG is used effectively, it is important to evaluate children who have had Kawasaki disease for the possibility of CAA.

Echocardiography is very helpful in this regard since CAA usually can be detected by the echo test. An echo test should be performed as soon as the diagnosis of Kawasaki disease is made, and then every few weeks for the next two months. If a CAA is found to be present, the echo can estimate its size (larger aneurysms are more dangerous). It is possible that further evaluation will be needed, perhaps with a stress test or cardiac catheterization, to help evaluate the severity of an aneurysm.

If a CAA is present, treatment with low-dose aspirin (to prevent thrombosis) is generally prescribed. In this case, the child should have annual flu vaccines to prevent influenza and avoid Reye’s Syndrome.

Occasionally a CAA is severe enough that coronary artery bypass surgery must be considered.

Parents of children with CAA must be alert to the signs of angina or heart attack. In very young children, this can be a challenge, and parents will need to watch for unexplained nausea or vomiting, unexplained pallor or sweating, or unexplained and prolonged bouts of crying.

With modern therapy for Kawasaki disease, the severe, long-term cardiac complications can be avoided in most cases. If Kawasaki disease does lead to CAA, however, aggressive evaluation and treatment can usually prevent the direst consequences.

Comments Off on Cardiac Complications of Kawasaki Disease