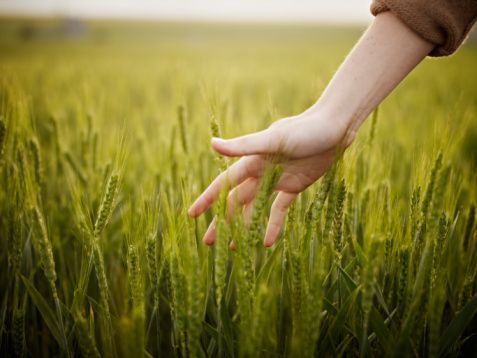 If you have celiac disease, your condition also affects your risk for cancer. Specifically, you may have a higher risk for certain cancers and a lower risk for other forms of cancer.

The part about higher risks probably sounds scary, but there’s good news: your heightened risk of those specific types of cancers seems to taper off the longer you’ve been following the gluten-free diet. Meanwhile, your reduced risk of certain other cancers may stay lower than normal.

Confused? It all likely has to do with how your body reacts to the inflammation, intestinal damage and nutritional deficiencies brought on by villous atrophy in celiac disease.

Let’s start with the highest cancer risk for people with celiac: lymphoma. Medical studies show that celiacs are significantly more likely to develop non-Hodgkin lymphoma than people in the general population.

Numbers differ, but those whose celiac is more severe than average (possibly leading to hospitalization), or people diagnosed with refractory celiac disease, are at highest risk. If you don’t suffer from recurrent celiac disease symptoms, your risk of lymphoma probably isn’t that much higher than normal, studies show.

Most people with celiac disease believe the condition confers a higher risk for colon cancer — after all, celiac usually involves significant gastrointestinal distress, which indicates major problems, er, down there.

But the surprising truth is that celiacs probably only have an average chance of colon cancer, and some studies even show their risk as lower than normal.

The reasons behind this potentially decreased risk aren’t clear, but some researchers speculate that the malabsorption and diarrhea inherent in many cases of celiac disease may, in fact, help protect against colon cancer — potentially cancerous substances aren’t absorbed, and are then sped out of the body.

However, there’s still plenty more research to do on this subject, and you definitely shouldn’t get complacent about your risks for colon cancer: it’s still the fourth-leading cause of cancer deaths in the U.S.

Celiac Disease and Breast Cancer: Much Lower Than Average

Most women likely fear breast cancer more than other forms of cancer, and with good reason: research shows one in eight women — or more than 12 percent — will develop the condition in their lifetimes. But if you’re a woman with celiac disease, your risks of developing breast cancer are much lower than average: in some studies, as much as 40 percent lower.

Although it’s not completely clear why this occurs, it may be because your levels of so-called “female” hormones — estrogen and progesterone — are lower than normal. These hormones can drive development of breast cancer.

Again, like colon cancer, you shouldn’t get complacent about your risks for breast cancer: women with celiac can and do develop the condition — just in numbers lower than average.

Various medical studies have linked celiac disease to higher risks for other forms of cancer, including small bowel cancer, esophageal cancer, melanoma and pancreatic cancer. However, in most cases, this research hasn’t yet been replicated, and other studies have concluded that the main cancer risk for celiacs is non-Hodgkin lymphoma.

In fact, a recent study showed melanoma doesn’t appear to be a concern.

At least one study found the risk for lung cancer in people with celiac disease is lower than average, but it’s not clear why this might occur — it’s possible that fewer people smoked in the particular population studied, which wouldn’t indicate any link between celiac disease and lung cancer at all.

In many of the studies that found higher risks for certain cancers, the risks were most apparent in the year following the diagnosis of celiac disease and then tapered off to normal or near-normal following that first year. This could mean that people sought medical help for symptoms that appeared to be caused by their celiac, but then turned out to be due to cancer.

Researchers agree that strict adherence to the gluten-free diet may help protect you against non-Hodgkin lymphoma, but it isn’t as clear whether it protects you against other forms of cancer.

At least one study has found a reduction in overall cancer risk among celiacs who had followed the diet strictly for at least five years, while it found a significantly elevated risk in those who followed a gluten-containing diet or a “reduced gluten” diet over the same time period.

Does this mean the diet can protect you against all cancers? Maybe, and maybe not. It is clear, though, as one researcher puts it, that “strict adherence to the gluten-free diet seems to be the only possibility of preventing a subset of rare but very aggressive forms of cancer.”

Comments Off on Celiac Disease and Cancer cancer