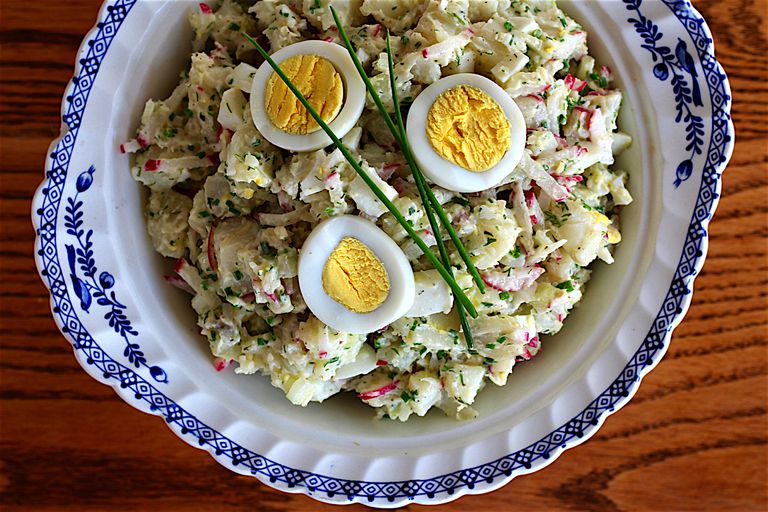 Classic potato salad is welcome at any picnic or backyard barbecue. This one is inspired by a recipe in my grandmother’s copy of a 1938 cookbook, The American Woman’s Cook Book. It says, “Boil the potatoes with skins on and allows them to cool before peeling, as it is considered a good thing to have potatoes waxy rather than mealy for salad.”

We extended that thought with our choice of red potatoes for the salad; we used chives and radishes instead of onions, to make it ​low-FODMAP; we added hard-boiled eggs for another classic touch.

Replace radishes with one cup of diced cucumbers—they’re just as crunchy and refreshing.

To save time (and retain some extra fiber), leave the potatoes unpeeled.

Cube them into bite-sized pieces before boiling. Begin testing the potatoes for doneness when the eggs are done, at about 12 minutes.