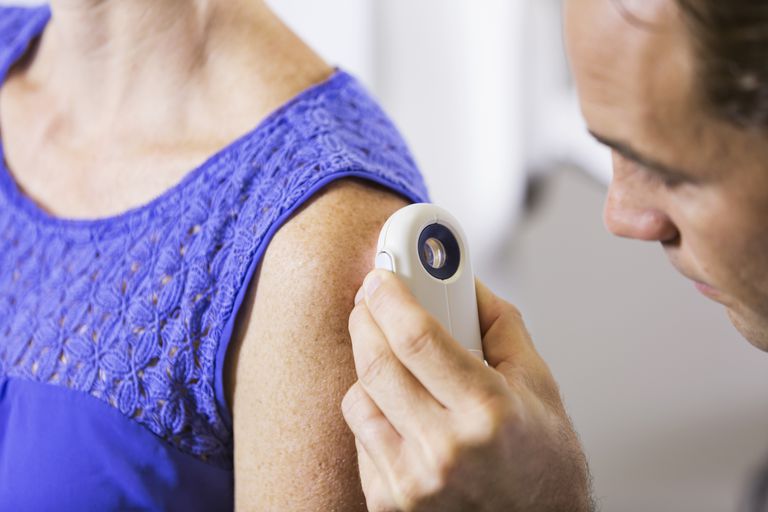 Cancer incidence rates vary among different countries in the world. Diet and other environmental factors can greatly influence cancer development. For example, stomach cancer may be common in Japan but is considered rare in the Unites States. The types of cancer that are common for one country may not be the same for another.

In the U.S., a type of cancer has to have at least 40,000 reported cases to be considered a common type of cancer. This figure often changes from year to year. For example, in 2005, the annual incidence had to be at least 25,000, but in 2015, it was 40,000. These statistics are compiled by the American Cancer Society, who releases an annual report about cancer incidence and morbidity.

The Most Common Cancer in the United States

The following is a list of the most common types of cancer diagnosed in the United States. Figures are for 2015 except where noted.

Breast cancer is the most common type of cancer in women (other than non-melanoma skin cancer). It is estimated that 231,840 women and 2350 men will be diagnosed with breast cancer in a year. Breast health should be a top priority for all women, including having clinical breast exams and regular mammograms. Although breast cancer is often hereditary, women without a family history of the disease can develop breast cancer as well.

Aside from non-melanoma skin cancers, lung cancer is the most commonly diagnosed cancer among men and women. In a year, 221,200 people are expected to be diagnosed with the disease. One of the major factors for lung cancer development is smoking. Other causes exist, such as radon exposure and other chemical exposures, but smoking remains the major risk factor for lung cancer.

Prostate cancer is a disease that affects the prostate gland, which is found only in men. The gland is the size of a walnut and is located beneath the bladder and underneath the rectum. It is the most common type of cancer diagnosed in men (other than non-melanoma skin cancer), with an estimated 220,800 new diagnoses in a year.

An estimated 93,090 people will be diagnosed with colon cancer in a year. Fortunately, early detection is possible with timely and regular screenings. It is recommended that people of average risk begin having screenings at age 50 and every ten years thereafter.

Melanoma is a type of skin cancer that affects approximately 5% of people diagnosed with skin cancer, an estimated 73,800 in 2015. Melanoma is also attributed to over 75% of all skin cancer deaths each year. In many cases, melanoma can be prevented by lowering exposure to risk factors. Melanoma is treatable when detected early.

It is estimated that over 71,850 people will be diagnosed with NHL in a year. The disease affects the lymphatic system in both children and adults. There are about 30 different types of non-Hodgkin’s lymphoma. Common symptoms include night sweats and swollen lymph nodes.

The thyroid is a butterfly-shaped gland located in the lower part of the neck. Although small in size, how well the thyroid is functioning has a huge impact on our health. It has many functions, including regulating our metabolism and production of hormones. It is expected that 62,450 people will be diagnosed with thyroid cancer in a year.

Renal cell carcinoma is the most common type of kidney cancer, accounting for up to 90% of cases of the disease. In renal cell carcinoma, malignant cells are believed to arise from the tubules of the kidney. The American Cancer Society estimates that over 61,560 Americans will be diagnosed in a year.

Leukemia is a disease that affects blood-forming cells in the body. It is a cancerous condition characterized by an abundance of abnormal white blood cells in the body. Leukemia begins in the bone marrow and spreads to other parts of the body. Both children and adults can develop leukemia. 54,270 Americans may be diagnosed with leukemia in a year.

Comments Off on Common Cancer Types in the United States