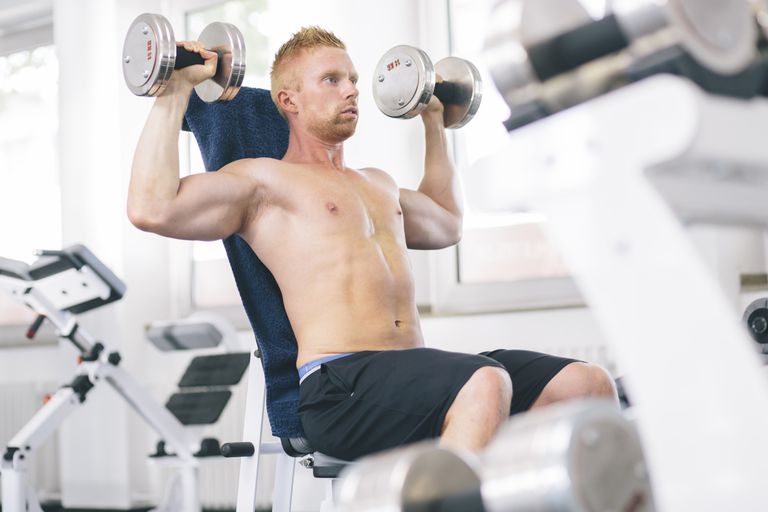 Cortisol blockers are drugs and supplements that are designed to lower your cortisol level. They have a medical use in treating hormonal disorders such as Cushing’s syndrome. Cortisol blocker supplements are marketed as a training aid, weight loss, and stress relief remedy. This has resulted in Federal Trade Commission and USDA charges of unsubstantiated medical claims and false advertising.

Weight trainers might use cortisol blockers believing they prevent cortisol from degrading their muscle. The stress of hard workouts might raise cortisol levels, and a blocker might help prevent cortisol-related immune system slowdown that can lead to infection.

Cortisol is a human steroid hormone produced by the adrenal glands. It has many important functions, including:

From a weight training and bodybuilding perspective, breaking down body tissue is not what we want to happen, because that means muscle and bone get broken down and fat builds up. Cortisol does this mainly to supply the body with important glucose at times of physical or mental stress. It’s easy to see why people who sell supplements have come up with something called “cortisol blockers.”

What Are the Cortisol Blockers?

Although many trade-named products are available, one prominent cortisol-blocking agent is called phosphatidylserine. Although this chemical has been studied for it’s potential to block cortisol and thus improve training or performance, no clear effect has been established.

And that’s no surprise considering the complexities of steroid hormones. For example, one thing that could happen with long-term supplement use is that your body could change the way it naturally produces cortisol so that when you stop taking the supplement, you get an unnatural production of cortisol leading to illness.

These are not hormones to be played around with.

The Federal Trade Commission filed suit against the makers of CortiSlim and CortiStress in 2005 for deceptively marketing them for weight loss and stress relief.

How to Manage Cortisol Naturally

The best thing you can do to manage extremes of cortisol production during your workout are:

If you do those things, cortisol should never be a problem. Cortisol is not your enemy. It has an important role to play in daily life and trying to manipulate it for training purposes is bound to fail.