Desquamation Process and the Outer Layer of Skin 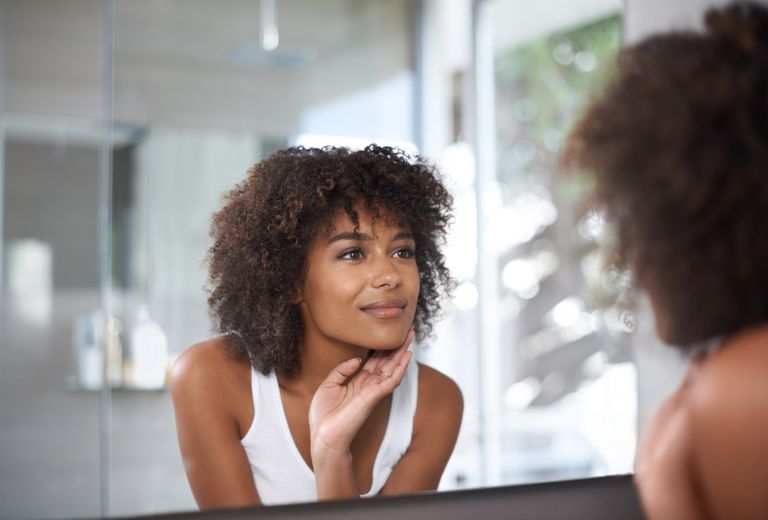 Desquamation is the natural process in which skin cells are created, sloughed away and replaced. Sometimes called cell turnover, desquamation happens every second of every single day, without you even noticing!

The desquamation process happens in the outermost layer of the skin — the epidermis. The epidermis itself has 4 unique layers.  Each of these layers plays a role in desquamation.

New skin cells are created in the stratum germinativum, which is the deepest layer of the epidermis. This layer is also called the basal layer.

Skin cells begin their life as a single layer of thick, column-shaped cells. These cells are responsible for creating every cell of your skin.

The cells in this layer divide.  Half of them stay behind in the stratum germinativum. The other cells begin their migration to the skin’s surface.

Their next stop is the stratum spinosum. Here, the skin cells change from their column-like shape to a shape that is more like a polygon.

The stratum spinosum is also called the “spiny layer” because those polygon-shaped cells do look rather spiny if you were to see them under a microscope.

It’s also here in the spiny layer where the skin cells begin to make keratin, the tough, fibrous proteins that make up the main structure of the skin. (Keratin is the main constituent of your hair and nails, too.)

The skin cells continue to push upward from the stratum and arrive in the stratum granulosum. In this layer, the cells begin to flatten out. They have also lost their nucleus.

This layer is also called the “granular layer.” Want to guess why? Yes, because here the cells take on a grainy appearance.

Cells Reach the Surface, Then Slough Off

The skin cells have reached their final destination — the stratum corneum. Once the cells arrive at this uppermost layer of the skin they are essentially dead.

The cells in the stratum corneum are very flat and tightly packed. These flat, dead cells continuously fall away as newer cells push their way to the surface. In this way, your skin is constantly renewing itself.

The entire desquamation process, from cell birth to sloughing away, takes approximately 14 to 28 days.

Role of Abnormal Desquamation in Acne

It’s believed that in people with acne, this desquamation process goes awry. Dead skin cells hang around longer than they should, clogging pores and contributing to breakouts. This is why exfoliating treatments help improve the skin.

Whether your skin is breaking out or not, it is still an amazingly complex organ, don’t you think?