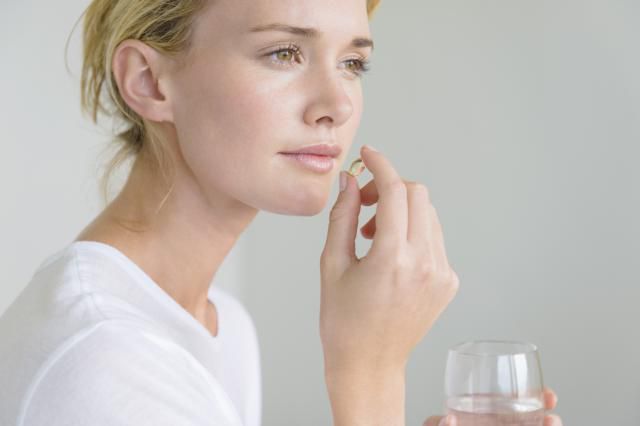 DHA (docosahexaenoic acid) is an omega-3 fatty acid often recommended for women during pregnancy. Thought to protect against a number of pregnancy-related complications, DHA is also said to promote the health of the developing child.

Found in cold-water oily fish and in seaweed, DHA is also widely available in supplement form. In addition, the body naturally produces small amounts of DHA.

Uses for DHA in Pregnancy

DHA is thought to prevent certain health problems associated with pregnancy, such as preeclampsia. In addition, DHA is often touted as a natural means of preventing miscarriage and early delivery. Some women also take DHA during pregnancy to reduce their risk of postpartum depression.

Since DHA is essential for neurological and visual development, women commonly take DHA during pregnancy to ensure that the developing child gets a sufficient amount of DHA.

Benefits of DHA During Pregnancy

Here’s a look at key findings from studies on the use of DHA during pregnancy:

So far, studies on the maternal use of DHA and its benefits for the developing child have yielded mixed results. For instance, in a 2011 study published in Pediatrics, researchers found that consuming DHA during pregnancy helped protect babies from illness in early infancy. The study involved about 1,100 pregnant women and 900 infants. Results revealed that the children of women who took 400 mg of DHA each day for most of their pregnancy were less likely suffer cold symptoms during the first few months of life (compared to children born to mothers given a placebo during pregnancy).

However, in another study the same year (this time in the American Journal of Clinical Nutrition), researchers found that maternal use of DHA supplements failed to affect early visual development in infants. The study involved 182 women, each of whom received either 800 mg of DHA or a placebo supplement from mid-pregnancy to delivery. In tests performed when the participants’ babies were four months old, those whose mothers took the DHA supplement did not appear to have enhanced eyesight.

DHA may not help prevent postpartum depression, according to a 2010 study published in the Journal of the American Medical Association. For the study, 2,399 women took either 800 mg of DHA or a placebo every day from 21 weeks (or less) of pregnancy until childbirth. Looking at data gathered in the six months after childbirth, researchers found that symptoms of postpartum depression did not differ between the two study groups.

Research on the use of DHA in the prevention of preeclampsia is somewhat limited. However, in a 2011 study of 109 pregnant women (published in Prostaglandins, Leukotrienes, and Essential Fatty Acids), researchers found that DHA levels were lower in those with preeclampsia (compared to those with normal blood pressure). According to the study’s authors, this finding suggests that DHA may help protect against preeclampsia.

It’s important to note that taking DHA in the form of fish oil is known to cause a number of side effects, including bad breath, heartburn, and nausea.

It’s important to keep in mind that supplements haven’t been tested for safety and dietary supplements are largely unregulated. In some cases, the product may deliver doses that differ from the specified amount for each herb. In other cases, the product may be contaminated with other substances such as metals. Also, in general, the safety of supplements in pregnant women, nursing mothers, children, and those with medical conditions or who are taking medications has not been established.

Where to Find It

Since DHA might offer certain benefits to both the expectant mother and her developing child, it may be helpful to take DHA during pregnancy. However, if you’re considering taking a DHA supplement, it’s essential that you consult your physician first.