Do I Need the Pneumonia Shot If I Have Asthma? 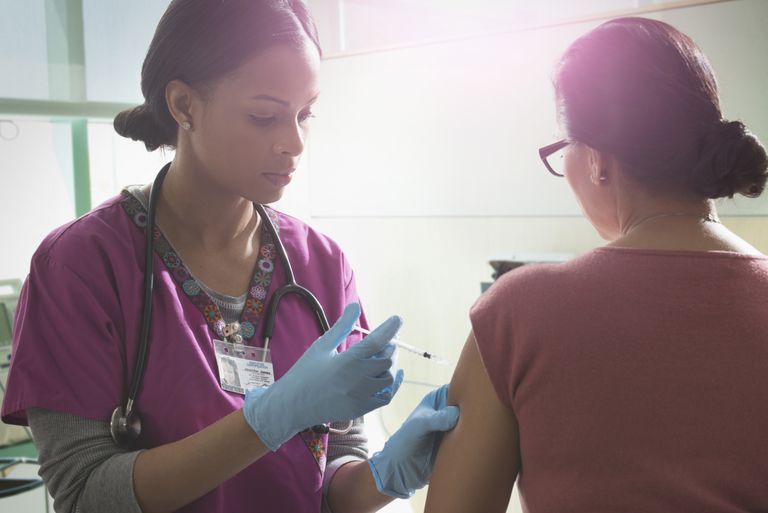 Getting shots is no fun and you have had your flu shot, but should you get the pneumonia shot or pneumococcal vaccine as well?

Asthma is a risk factor for the invasive pneumococcal disease — what the pneumonia shot protects against. And while it is not as common as the flu, which you should protect yourself against annually with a flu shot, invasive pneumococcal disease does have serious potential complications. So, yes, it makes sense to prevent the disease altogether by getting the pneumonia shot, if it’s recommended for you.

However, in 2013 it got a little more complicated. For asthma, it is still recommended that patients between the ages of 19 and 64 receive the pneumococcal vaccine that has been given for some time as outlined below. In 2013, it became apparent that certain patients benefit from an additional pneumococcal vaccine. Generally, the additional vaccine is recommended if you are over age 65 or have any of the following conditions or problems such as:

Asthma is not one of the conditions that require the additional vaccine. However, if you turn 65 or have one of these mentioned conditions you should discuss it with your doctor.

How Come You’ve Never Needed the Pneumonia Shot Before?

A 2008 Cochrane Review stated there was limited information to support vaccination of asthmatics with the pneumococcal vaccine based on available evidence from randomized controlled trials. However, the CDC Advisory Committee on Immunization Practices (ACIP) subsequently voted in October 2008 to recommend the vaccination for all patients with asthma over the age of 18.

Why the sudden change? This new recommendation was partially based on new research reports indicating that asthmatics were at increased risk of pneumococcal infections.

In a similar study, patients with asthma who were enrolled in Tennessee’s Medicaid program TennCare were more than 2 times as likely to develop the invasive pneumococcal disease compared to non-asthmatics.


Best Clickbank Products
Comments Off on Do I Need the Pneumonia Shot If I Have Asthma? prevention & treatments