Does Mouthwash Increase Your Risk for Type 2 Diabetes? 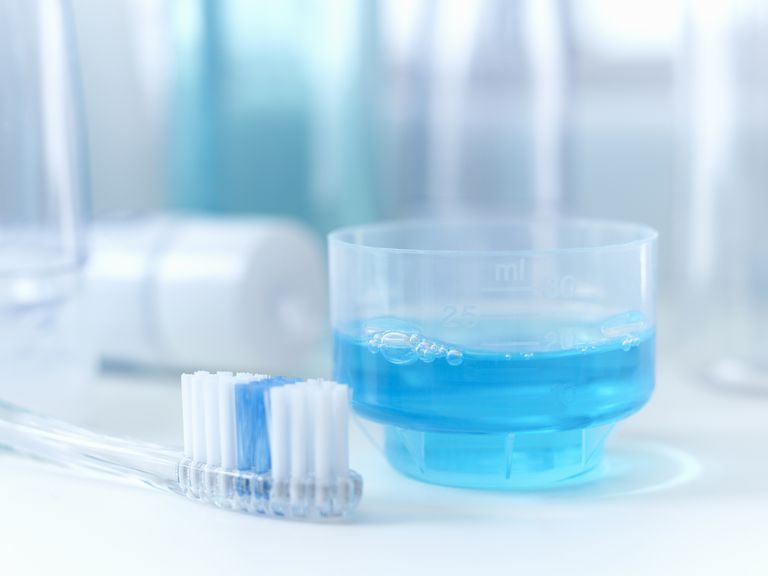 A study, published in Nitric Oxide suggests that the use of over-the-counter mouthwash, particularly when used more than twice per day, can increase the risk of pre-diabetes and diabetes.

The theory is that most mouthwashes contain antibacterial ingredients which can impair the oral microbes critical for nitric oxide formation and in turn predispose people to metabolic disorders, such as diabetes.

This study comes at an interesting time, given that research over the last decade has demonstrated the role of the gut microbiome and health. Numerous studies suggest that disruptions in gut microbial populations may contribute to weight gain and insulin resistance, both precursors to pre-diabetes and diabetes. But, while the research on the gut has been ongoing, oral bacteria and its role in diabetes and pre-diabetes are less studied. Perhaps this study is on to something, but more research will be indicated in the future.

Additionally, gum disease can cause blood sugars to rise, which can contribute to the progression of diabetes and complicate existing diabetes. The best way to prevent gum disease is to keep blood sugars controlled and practice good oral hygiene: receive regular cleanings, brush twice daily, and floss between meals.

According to the study authors, there is well-established efficacy for mouthwash use and its fight against gingivitis, but not much evidence for reducing periodontitis. They believe that the long-term use of mouthwash may kill good bacteria (such as phylum Actinobacteria, which is inversely associated with type 2 diabetes) in the mouth and also abolish the ability of nitrate reduction, which has demonstrated to have a protective role in diabetes risk.

At baseline, participants were given a 75-gram glucose tolerance test, and blood was drawn to assess glucose, insulin, HgbA1c, and C-reactive protein.

Additional information, such as, age, gender, smoking, alcohol intake, hypertension, medication use, sleep breathing disorders, frequency of intake of high-risk diabetes food items, as well as time and frequency of exercise was recorded.

Researchers found that those participants who used mouthwash greater than or equal to twice daily had a 55 percent increased risk of developing pre-diabetes or diabetes over a three-year follow-up compared to less frequent users, and a 49 percent higher risk compared to non-users of mouthwash.

They also discovered that among those participants using mouthwash more than twice daily, 30 percent progressed to pre-diabetes and type 2 diabetes.

Although the data demonstrates a significant long-term impact of mouthwash on diabetes risk, there are several limitations of the study.

Oral health and oral hygiene are important for everyone, including those who have diabetes, as we know that gum disease and oral health can impact blood sugar control. Antibacterial mouthwash has been shown to be clinically effective in reducing dental plaque and gingivitis. While it is possible that there is an association of diabetes risk, with oral microbes, the pros and cons of using mouthwash should be assessed and discussed with your medical team.

Until further research is conducted we cannot be totally sure if and how using mouthwash can increase your risk for diabetes. In this particular study, though, there seemed to be an increased risk in those people who used it more than twice per day. So, perhaps if you are leery, you can at least reduce your use to no more than once per day to start.

Additionally, always keep in mind, that there are many determinants that can increase your risk for diabetes—genetics, obesity, race, cardiovascular disease, etc. The likelihood that using mouthwash is the only determining factor of diabetes risk, is likely a long shot.

Comments Off on Does Mouthwash Increase Your Risk for Type 2 Diabetes?