Does the Food Combining Diet Help You Lose Weight? 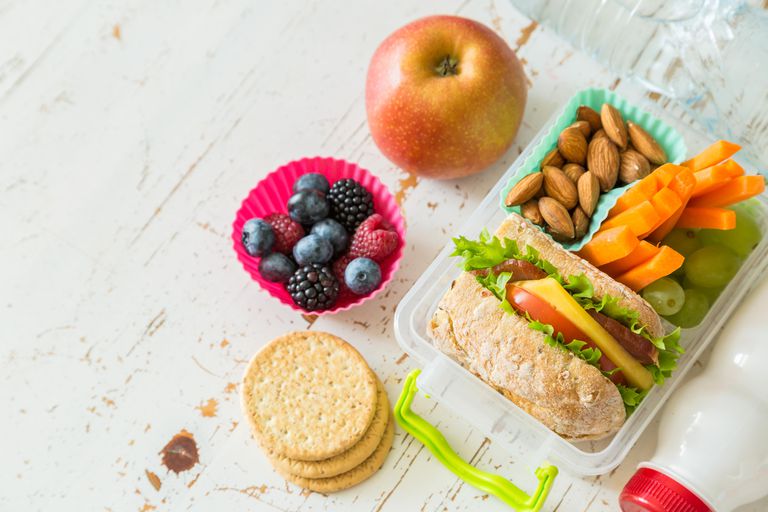 Some dieters change what they eat to lose weight. Others modify the amount they consume to slim down. But fans of the food combining diet change how they eat to get results on the scale.

These dieters believe that certain food combinations for weight loss are more effective than traditional diet plans and exercise programs. But scientific evidence doesn’t support the practice, even though many of the diet’s fans swear by it.

What Is a Food Combining Diet?

If you eat a standard American diet, you typically pair meat and starch at meal time. For example, you might eat a hamburger and French fries for dinner, or you may enjoy spaghetti and meatballs. At breakfast time, you eat eggs, bacon, and toast. At lunch, you put meat on bread to make a sandwich. On a food combining diet, you never eat protein and carbohydrates together.

Fans of the food combining diet believe that when you eat the wrong foods together, digestion is impaired. As a result, undigested food is left in your stomach and it rots or ferments. This condition, they believe, can lead to illness and/or weight gain. Instead they design food combinations for weight loss and better health.

There are different variations of food combination diets. In general, however, the rules stay the same. Dieters follow strict guidelines when planning meals or snacks.

Some alcohol can be consumed on a food combination plan. Dry red and white wines are considered in the protein category. Beer and ale are considered starchy. Foods like dark chocolate, almond milk, egg yolks, cream, coconut water, lemons, butter, and oil are considered “neutral” and can be eaten in combination with any foods.

Despite the fact that you can still easily find food combining charts and other resources online, this diet is not a new weight loss fad. The theory behind food combining dates back to the twentieth century when some scientists and celebrities followed the eating plan.

The earliest version of the combination diet was developed in the 1920s by a physician named William Howard Hay. Followers of the Hay Diet separated food into three groups: acid, alkaline, and neutral. Acid foods (meat, seafood, and other protein-rich foods) and alkaline foods (carbohydrates and starchy foods) were never to be mixed. Dr. Hay believed that his combination diet would allow the stomach to maintain the correct acid/alkaline balance, therefore improving health and creating weight loss.

Unfortunately, the diet was heavily criticized in the 1920s and 1930s and is still questioned today. Most critics of the diet point out that most foods can’t be categorized as simply acid or alkaline. For example, spinach is a green leafy vegetable that also provides the body with protein. Grains like quinoa provide both starchy carbohydrate and protein. It is nearly impossible to neatly categorize foods according to the rules of this eating program.

Also, scientific evidence doesn’t support the food combining diet. Only one randomized clinical trial has been conducted and researchers were not able to find that combining foods had any impact on weight loss or reduced body fat.

Even though scientific studies don’t support effective weight loss with a combination diet, that doesn’t mean you won’t lose weight on the plan. In fact, it is likely that you will slim down if you follow the rules exactly. But if you do, it will probably have nothing to do with specific food combinations.

Diets like these that have very strict rules that require that you become thoughtful about your food choices. They also eliminate processed foods that are usually a combination of protein, carbohydrates, and different kinds of fat. When you eliminate empty calories and you carefully plan each meal or snack, it is very likely that you will reduce your caloric intake and slim down.

But there’s a caveat: diets like these are very hard to follow. For that reason, it is not likely that you will be able to stick to the food combining diet for the long-term. Once you return to your old eating habits you’re likely to gain back any weight that you lost and possibly even more. So while you can use food combining to lose weight, the results are not likely to last.

Food combining (and other eating plans with unique guidelines) appeal to many of us because they are a departure from the traditional diet rules that are hard to follow. Sometimes these trendy plans provide interesting routines or a novel approach to weight loss that sounds easier than the plans that have often already failed us. But the bottom line is that they usually don’t work for successful long-term health or weight loss and they distract us from the healthy eating and exercise programs that are likely to yield real results on the scale.

If weight loss is on your to-do list, skip the trendy diet plans and fads. Focus on making small, reasonable changes to your food plan and increase your daily activity level. Healthy food combinations for weight loss might be effective, but you don’t have to follow strict rules to slim down. Work with a health coach, a registered dietitian, or your healthcare provider to set goals and monitor your progress. You’re much more likely to see results that last if you follow plans that are supported by science.

Comments Off on Does the Food Combining Diet Help You Lose Weight? diet plans