Does ‘Wheat-Free’ Mean the Same As ‘Gluten-Free’? 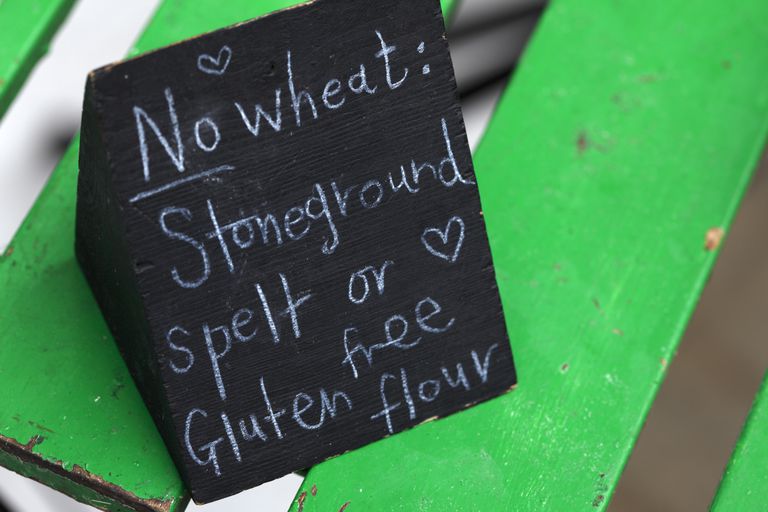 Many people believe the term “wheat-free” is interchangeable with the term “gluten-free.” Unfortunately, that’s not the case. In fact, in many cases foods labeled as “wheat-free” contain some gluten. It’s also possible for foods that are labeled “gluten-free” to contain wheat-based ingredients, such as wheat starch.

Why Gluten and Wheat Are Not Synonymous

Gluten is found in wheat, and many people think of “gluten” as coming only from wheat. That’s where the confusion comes in—people see the phrase “wheat-free” and assume the food is also gluten-free.

That’s a good way to get glutened, since variants of the gluten protein that makes us sick also come from the grains barley and rye. A food labeled as “wheat-free” still can contain either of those grains or ingredients made from them. Barley and rye are not used as often in foods as wheat is used, but they’re still common enough to pose a potential problem for someone following the gluten-free diet.

Think about it this way: numerous mainstream beers contain no wheat but are made from barley. And there’s no question that mainstream beer makes those with celiac disease and non-celiac gluten sensitivity quite ill.

Of course, most people who have been following the gluten-free diet for a while also realize that beer contains gluten. But when we see a box of cookies or some sort of ready-made sweetened food product labeled “wheat-free,” it’s easy to get confused.

The problem is the way food labeling laws in the United States are crafted. (Laws in other countries differ; in Canada, for example, gluten must be disclosed.)

The U.S. food labeling laws are aimed at so-called “true” allergies (not “gluten allergy,” which in most cases is something different). True allergies, if severe enough, can be immediately life-threatening, which is why the law targets them. Wheat allergy is a true allergy, while celiac disease and gluten sensitivity are not true allergies.

Celiac disease and gluten sensitivity obviously can be serious conditions, but at the same time, they’re not likely to kill you suddenly.

But wheat can cause a major, sudden allergic reaction if you suffer from wheat allergy. That’s why labeling laws in the U.S. require manufacturers to disclose wheat in products—it’s considered one of the “big eight” allergens, which also include milk, soy, egg, peanut, tree nut, fish and shellfish.

Since wheat is included in the U.S. law but gluten is not, food manufacturers don’t have to specifically disclose barley or rye ingredients in their ingredient lists.

When You Should Worry About Labels’ Meaning

Barley is the most commonly “hidden” gluten grain, as it can masquerade as sweetener, malt or “natural flavor.” So a product labeled “wheat-free” but not “gluten-free” could contain hidden barley.

In other cases, the barley may not be hidden, but it’s only apparent if you scan the ingredients list of the product in question. Some manufacturers specifically call out non-gluten-free ingredients in these lists so that their customers are aware of them. Newman’s Own, for example, markets wheat-free dairy-free sandwich cookies that contain barley flour, and the brand lists “organic barley flour” as the cookies’ second ingredient.

Sometimes spelt—a form of wheat that’s considered to have less gluten, but is definitely not gluten-free—also is marketed as “wheat-free.” This occurs most frequently in bakeries (especially organic bakeries) and places like farmers’ markets.

On the other hand, it’s also possible to have a product labeled “gluten-free” that contains wheat-based ingredients. Several brands in the U.S. and Europe are experimenting with using wheat starch to improve the texture of their commercial gluten-free baked goods. These wheat-starch-containing foods would not be safe for someone with a true wheat allergy.

If you have celiac disease or gluten sensitivity, be very careful of products labeled “wheat-free” but not “gluten-free,” since the terms are not interchangeable.

Meanwhile, if you have a true wheat allergy, be aware of the growing trend for “gluten-free”-labeled products to include wheat-derived ingredients in their ingredient lists. Don’t assume that a food labeled “gluten-free” also is wheat-free, since this is not always the case.


Best Clickbank Products
Comments Off on Does ‘Wheat-Free’ Mean the Same As ‘Gluten-Free’? special diets