Eat Your Water for Weight Loss 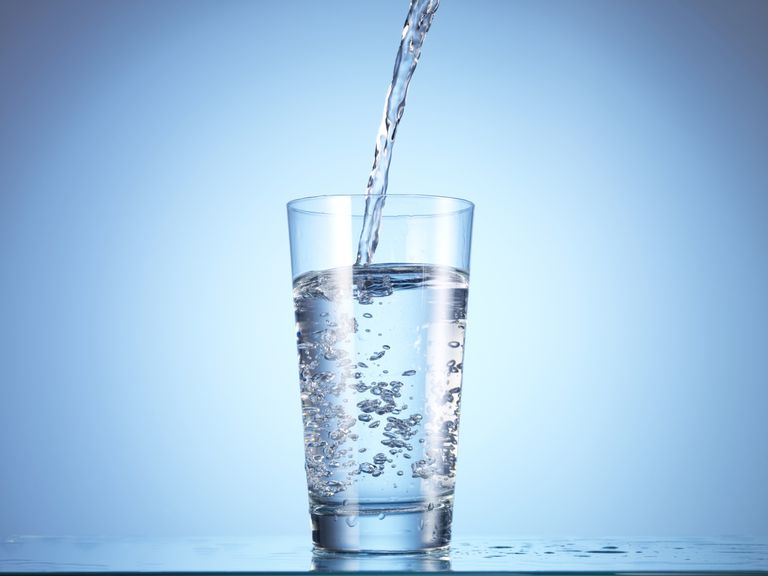 Losing pounds and maintaining a healthy weight can be tough as you get older. Small increases in calorie intake, combined with less physical activity and hormonal shifts, can add up to weight gain over time, leaving us vulnerable to age-related conditions like cardiovascular disease, diabetes, and fatty liver disease.

While many approaches to weight loss aim to reduce some component of our diet (lowering fat, carbohydrates, or overall glycemic index), a leading nutrition researcher says a very effective approach involves increasing your intake of one of food’s most fundamental ingredients: water.

Barbara Rolls, Director of Pennsylvania State University’s Laboratory for the Study of Human Ingestive Behavior, says that consuming more water in food, not just alongside your meal as a beverage, can help you feel fuller and more satisfied with fewer calories.

We Choose by Weight, Not Calories

Back in the late 1990s, Rolls and colleagues discovered an intriguing aspect to the way most people consume food day today. Rather than choosing items that offer the same amount of energy (in calories) in their regular meals, the researchers found that most people eat the same weight of food day in and day out. This was established in Rolls’s food lab, where subjects’ eating choices were weighed before and after test meals.

Such a finding was valuable because it suggested that people trying to lose weight or maintain a healthy weight could “trick” themselves into feeling satisfied with fewer calories, as long as the weight of what they consumed remained constant.

Subsequent studies confirmed this was true. For example, subjects brought into the food lab for weekly lunches were unknowingly offered pasta dishes of differing calorie content. One week they had typical meat and tomato sauce, while the next they had a dish containing 12 percent to 24 percent fewer calories, achieved by substituting pureed or chopped vegetables (high in water content, low in calories) for some of the pasta. Rolls says the subjects typically ate exactly the same portion size, regardless of the shifting calorie content (what her team dubbed “calorie density”) without feeling hungry, or eating more later in the day, to compensate.

Why Not Just Drink More Water?

For some reason, our bodies do not process water consumed as a beverage in the same way it uses water “hidden” in solid food, according to Rolls. She cites research showing that people offered soup or a casserole will report feeling fuller and satisfied than subjects offered precisely the same components as separate vegetables, carbohydrates, and other ingredients along with a glass of water.

“It appears that the gastrointestinal tract handles water differently depending on whether you drink it or it’s incorporated into a dish,” she says. “Water bound into food takes longer to exit the stomach, there’s more swallowing, and because the portions can appear large, there are visual cues as well that affect satiety, or satisfaction.”

Even better, Rolls points out, looking for the best water-rich foods leads you to the kind of nutrient-dense choices like fruits and vegetables that you should be consuming anyway, as part of a healthy anti-aging diet. Besides, she says, adding more produce to your plate will keep your portions large and satisfying.

Shouldn’t We Be Aiming to Reduce Our Portion Size for Weight Loss?

Portions served in restaurants, homes, and even those recommended in many cookbooks have been on the rise over the last several decades. Indeed, “supersizing” has led to warnings by the US Department of Agriculture to eat smaller portions as a means to achieve a healthy weight.

Rolls agrees that if most of your foods are of the calorie-dense variety, containing high levels of added fats and sugars, you’ll put on weight. Still, she maintains that overall calorie content, not serving size, is what determines whether people gain, lose, or maintain their body weight.

“The trouble is,” she observes, “that people have a really hard time reducing portion sizes. Their expectation of how much food to eat is based on thousands of previous eating experiences. If it’s less food than they expect, they assume even before eating anything that they’ll remain hungry afterward.”

Indeed, Rolls says that telling people to eat less has not been a successful strategy for the population at large. Providing generous portions is an easier sell, she insists, and these portions can still be healthy if they contain fewer calories. In her book The Ultimate Volumetrics Diet, she advises boosting the water content of meals to create large, satisfying portions with a lower calorie density.

Best Ways to “Eat Your Water”

Rolls suggests you can “eat more to eat less” by trying these meal tricks:

Comments Off on Eat Your Water for Weight Loss