Effects of Ginseng on Blood Sugar 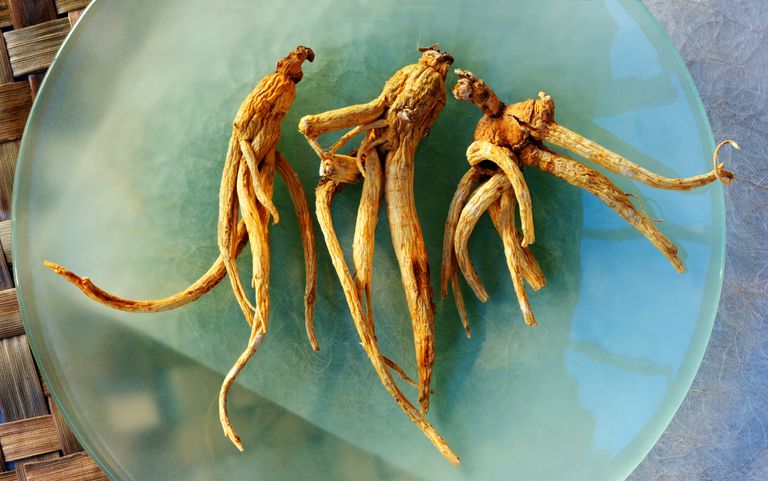 Ginseng is one of the most well-known and widely used herbal medicines in the world. Ginseng is said to treat a wide variety of ailments.

To name a few: the roots of the ginseng plant have been used for thousands of years in traditional Eastern medicine to boost energy, relieve stress, and bring about total body balance. More recently, ginseng has been investigated as a therapy to help control blood sugar, improve circulation, bolster immunity, improve stamina and increase resistance to stress.

Studies on the Link Between Ginseng and Blood Sugar

Though human study results on ginseng are mixed, one study of people with type 2 diabetes who consumed ginseng showed a significant improvement in hemoglobin A1C after 12 weeks of taking the herb. Another study showed a slight improvement in insulin sensitivity. These studies looked at forms of ginseng known as “Korean red ginseng” and “American Ginseng”, and researchers have noted that the type of ginseng, as well as the variability in the potency of commercially sold ginseng, may affect the ability to replicate positive study results.

A 2014 review and meta-analysis of 16 research studies looked at those that used randomized, controlled groups for 30 days or more and people who had diabetes and those who didn’t. They found that ginseng (Panax ginseng) significantly reduced fasting blood glucose compared to the control group. Ginseng didn’t have a significant effect on HbA1c (a marker for blood glucose control over a long period), fasting plasma insulin or homeostasis model assessment of insulin resistance. They concluded that ginseng “modestly yet significantly improved fasting blood glucose in people with and without diabetes.”

Side Effects and Drug Interactions

Ginseng has multiple effects throughout the body and it should only be used with caution and after consulting with your doctor about possible interactions with your medications. Ginseng has been reported to cause nausea, vomiting, sleeplessness, muscle tension, and fluid retention. The safety of ginseng use during pregnancy has not been determined, and therefore it should be avoided. It is regarded as unsafe for use by infants and children.

Ginseng interferes with the blood-thinning drug warfarin (Coumadin), reducing its effectiveness in preventing blood clots. It also should not be taken by people who have hormone-sensitive tumors (breast cancer for example) or hormone-sensitive conditions such as endometriosis.

Ginseng may alter the effectiveness of diabetes medications, making it critically important for a person with diabetes to discuss it with their doctor and pharmacist before taking ginseng supplements. It is reported to have moderate interactions with insulin, glimepiride, glyburide, glipizide, and others, which could result in low blood sugar. You may need to have dosages of medications altered for safety if you take ginseng.

More research is needed on what the long-term effects of ginseng supplementation may be.