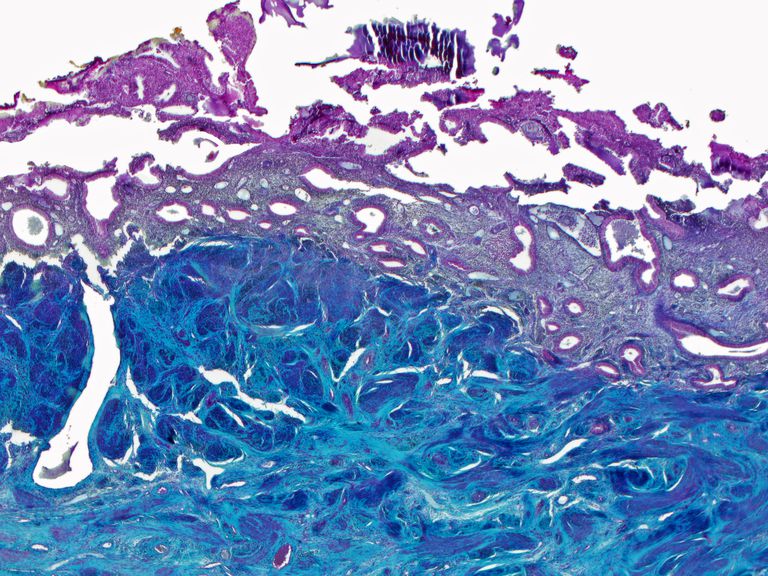 The endometrium is the inner lining of the uterus. Each month, the endometrium thickens and renews itself, preparing for pregnancy.

If pregnancy doesn’t occur, the endometrium sheds in a process known as menstruation.

If conception takes place, the embryo implants into the endometrium.

Conditions that involve the endometrium and may impact your fertility:

Each of these conditions and their impact on fertility will be discussed briefly below.

How an Endometrium Works

The uterus is made up of three layers: the serosa, the myometrium, and the endometrium.

The serosa is the outer skin of the uterus. It secretes a watery fluid to prevent friction between the uterus and nearby organs.

The endometrium makes up the inner lining of the uterus. It is a mucosal lining and changes in thickness throughout the menstrual cycle.

The endometrium itself is made up of three layers:

It is the stratum spongiosum and stratum compactum layers that change dramatically throughout the menstrual cycle. Together, these two layers are known as the stratum functionalis or functional layer.

The functional layer of the endometrium goes through three primary stages each cycle:

The proliferative phase: this is when the endometrium thickens, preparing the womb for an embryo.

This stage begins on the first day of menstruation and continues until ovulation.

The hormone estrogen is vital to the formation of a healthy endometrium. If estrogen levels are too low or too high, it can lead to an endometrium that is too thin or too thick.

The endometrium also becomes vascularized during this time via straight and spiral arteries. These arteries provide essential blood flow to the endometrium.

The secretory phase: this is when the endometrium begins to secrete essential nutrients and fluids.

Progesterone is the essential hormone for this phase. This phase begins after ovulation and continues until menstruation.

If an embryo implants itself into the wall of the endometrium, the developing placenta will begin to secrete human chorionic gonadotropic hormone (hCG).

This pregnancy hormone then signals the corpus luteum (on the ovaries) to keep producing progesterone, which maintains the endometrium.

If an embryo doesn’t implant into the endometrium, then the corpus luteum will begin to break down, leading to decreases levels of the hormone progesterone.

When progesterone drops, the glands of the endometrium will stop secreting the fluids that were maintaining it.

Also, with the withdrawal of progesterone, the spiral arteries that were supplying the endometrium with blood flow begin to constrict.

This then leads to the breakdown of the functional layer of the endometrium.

Finally, the endometrium is expelled from the uterus via menstruation, and the cycle starts anew.

If you’re going through fertility treatment, your fertility doctor may refer to your endometrium as being too thin or even too thick.

The thickness of the endometrium is determined via a vaginal ultrasound. There isn’t a clear consensus on what is “too thin” or “too thick.” Every doctor has a slightly different opinion on this matter.

What we do know is that having a too thin or thick of an endometrium (whatever that means) may reduce the odds of successful pregnancy. Research has found that it may negatively affect embryo implantation or increase the odds of miscarriage.

Also important to know, repeated use of the fertility drug Clomid is known to negatively impact endometrial thickness.

Long-term use of birth control pills is also suspected to temporarily cause thin endometrium.​

The luteal phase of the menstrual cycle begins after ovulation and goes through the start of menstruation.

As mentioned above, during the luteal phase, the hormone progesterone plays an important role in triggering the endometrium to secret essential nutrients and substances. These both sustain the endometrium and create a healthy environment for an embryo.

A luteal phase defect is a potential cause of infertility. It occurs when progesterone levels are not high enough or not sustained long enough to keep the endometrium intact and prepared for the implantation of an embryo.

At one time, luteal phase defects (LPD) were diagnosed via an endometrial biopsy. This is still sometimes done.

More commonly, luteal phase defects can be diagnosed via blood work testing progesterone levels. If the levels are not high enough or are not sustained long enough, this may indicate a luteal phase deficiency.

Other possible signs of a luteal phase defect are…

Women who chart their basal body temperature may recognize this abnormal pattern before they realize they have a fertility problem. This is one of many advantages of charting.

Endometriosis is a condition in which endometrium is found outside the uterine cavity. It is a common cause of infertility.

While endometriosis is primarily defined by endometrial tissue growing in the wrong places, it can also affect the uterine environment, the endometrium itself, and ovulation.

Some studies have found a negative impact on embryo implantation in women with endometriosis, while others have not found this.​

An endometrial polyp is an overgrowth of the endometrium. They are usually non-cancerous and benign, but not always.

The presence of an endometrial poly may cause infertility, but not necessarily.

If you’re struggling to conceive, your doctor may suggest surgical removal of the polyp. This may enable you to conceive without additional fertility treatments.

Adenomyosis is when the endometrium grows into the myometrium (the muscular layer of the uterus.) It can cause painful, heavy periods.

Adenomyosis is sometimes called “uterine endometriosis.” It is more common in peri-menopausal women, but can also be seen in women in their late 30s and 40s.

The primary treatments for adenomyosis have been endoscopic endometrial ablation (which involves the destruction of the endometrium) or hysterectomy (which is the removal of the uterus.) Neither of these treatments is appropriate if you still want to have children.

For women still wanting to have kids, there are other options:

It can be caused by repeated dilatation and curettages (D&Cs), pelvic infection, Cesarean section, and other uterine surgery. Sometimes, its cause is unknown.

Asherman’s syndrome can cause trouble with conception and repeated miscarriage.

It can be treated during a hysteroscopy, a procedure that both allows for both the diagnosis and removal of the scar tissue.

Viral Infection of the Endometrium

A viral infection found in the endometrium may cause infertility and recurrent pregnancy loss. While this is still a theory and in the very early stages of research, it could explain some cases of “unexplained” infertility.

A small but possibly groundbreaking study has found a possible connection between the herpes virus HHV-6A and infertility.

When most people think of herpes, they think of the sexually transmitted disease herpes simplex virus 2, or HSV-2. However, herpes simplex is just one possible form of the virus.

The herpes family of viruses is also responsible for chicken pox, mononucleosis, and the common cold sore.

HHV-6 is suspected of being passed along via saliva and is most known for causing a common viral childhood rash, roseola, in children.

Like the other herpes viruses, even after the initial infection passes, the virus remains dormant in the body. Researchers suspect HHV-6 may be associated with other health issues, beyond childhood rashes.

A study in Italy of 30 infertile women and 36 controls (who had already given birth to at least one child) looked into whether HHV-6A might be correlated with infertility.

All the women in the study had endometrial biopsies.

Researchers discovered that of the infertile women, 43 percent had genetic evidence of the HHV-6A virus in their endometrial samples.

However, none of the women in the (fertile) control group had DNA traces of HHV-6A in their biopsies.

Larger studies must be done, and it’s unknown what the most effective treatment would be for women with the HHV-6A viral presence.

Some possibilities that future research may investigate include anti-viral medications or immunological treatments (meant to calm down the body’s natural immune response to the virus, which may be interfering with embryo implantation or attacking the embryo before it can develop into a baby.)

Endometrial cancer is sometimes also known as uterine cancer. Because it causes abnormal bleeding, this kind of cancer is often diagnosed quickly. Early diagnosis can enable treatment that preserves fertility.

Less than 5% of endometrial cancers occur in women under age 40, so fertility preservation is not frequently a concern. However, it can occur in women of childbearing age.

Treatment of endometrial cancer can cause infertility if aggressive treatment is needed. Early diagnosis is essential.

Also, it is important to tell your doctor you are not finished with having children before treatment options are discussed.

With conservative surgical treatment, women post-endometrial cancer treatment can have problems with a thin endometrium. This can negatively affect implantation rates and increase the likelihood of miscarriage.

Comments Off on Endometrium Conditions & Diseases