Because certain food can cause health problems that may affect a developing embryo – particularly during those vital early weeks of pregnancy – you should always take care to avoid food-borne infections in your preconception period as you prepare for pregnancy. Two of the more dangerous infections that are known to have adverse effects on your baby during pregnancy are listeriosis, and toxoplasmosis. These can both be caught from food and animals but, with care, can be avoided. 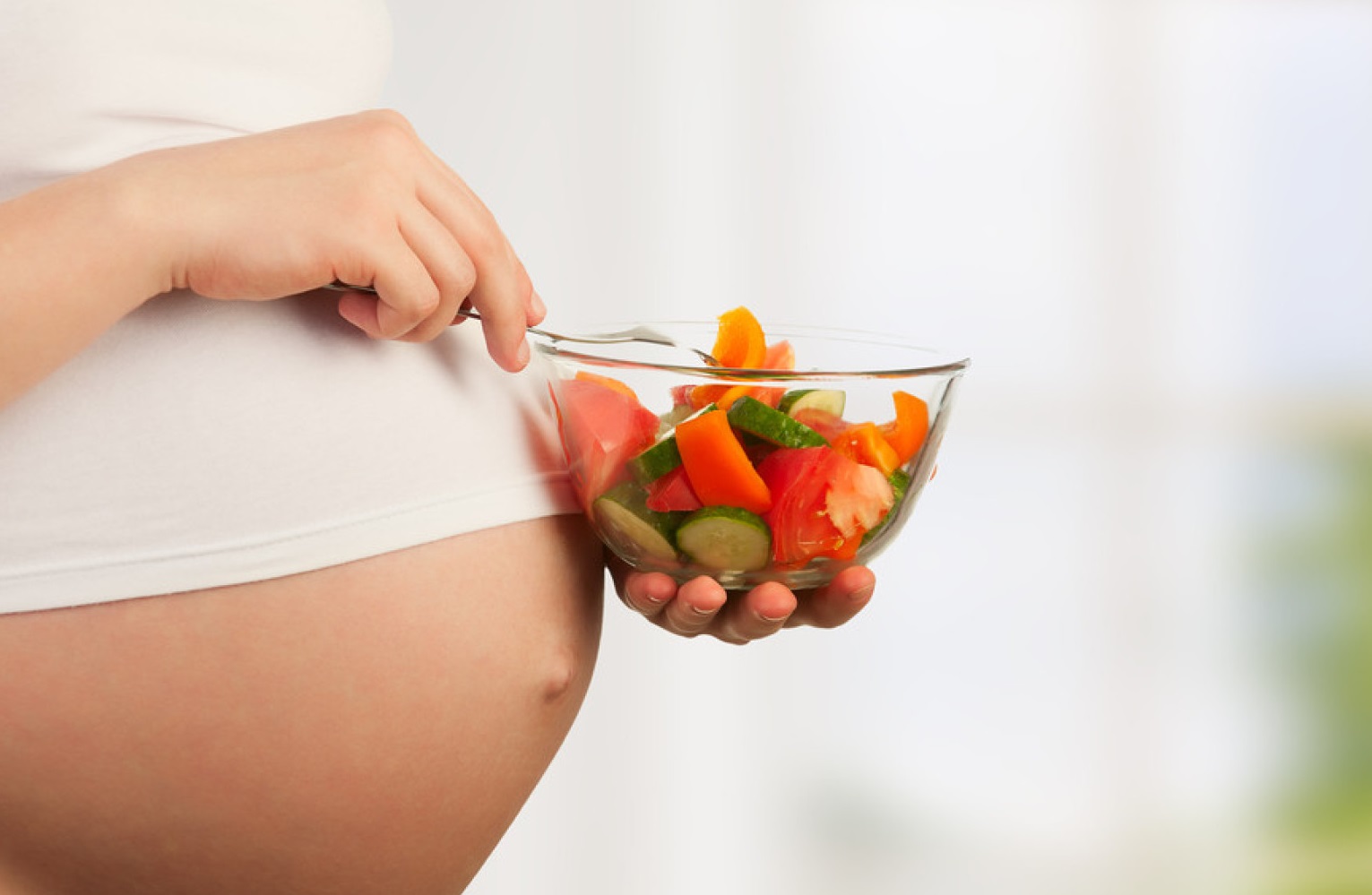 Doctors will advise pregnant women to stay away from, fish like tuna, shark and king mackerel as they are likely to contain high levels of mercury and are never a good idea in high doses. Raw meat is another definite no-no, so steak tartar and carpaccio is out for the duration. E coli is known to lurk in undercooked hamburger meat, so that’s another food you might want to stay away from. Furthermore, experts say foods containing raw eggs can put you at risk for salmonella and that, sadly, some soft cheeses, especially moldy and unpasteurized ones are out of bounds.

This is caused by a parasite called Toxoplasma gondii. It is carried by many animals, found in the feces of cats, and is also found in row meat and unpasteurized milk. Toxoplasmosis is a common infection, but once you have had it you usually become immune to it (about 30 percent of adults are immune). A simple blood test before pregnancy will let you know if you carry the antibodies that will protect you and your baby from toxoplasmosis.

It’s important to avoid this infection while you are planning to conceive and when pregnant because treatment with antibiotics is difficult and the infection can lead to blindness and brain damage in your baby. If you know you have the antibodies, you should be safe from infection. However, it’s best to take preventative measures. You should always wash your hands each time you handle a cat or kitten. If possible, avoid touching cat litter or use gloves and wash your hands afterward. Always empty litter trays within 24 hours as the parasite is not active before this time. Be sure to always wash vegetables carefully (especially those to be eaten raw), avoid drinking or cooking with unpasteurized milk, and cook raw meat thoroughly. This is caused by the bacteria Listeria monocytogenes. It can be found in soil and water, and is carried by some animals, such as pregnant or lambing sheep. Also found in many foods such as soft cheeses and pates, it is an unusual bacteria because it can multiply in the low temperatures found in your fridge. Heating foods to at least 160oF(70oC) for more than two minutes will kill the bacteria.

Foods typically associated with listeriosis have a long shelf life and are eaten without further cooking. Outbreaks have involved foods such as coleslaw, Mexican-style soft cheeses, milk, pâté, pork tongue, hot dogs, processed meats and deli salads. Examples of foods that may harbor this pathogen include unpasteurized milk, raw milk products, raw and smoked seafood, and any ready-to-eat processed foods, such as hot dogs, luncheon meats or deli meats, that have not been heated to proper temperatures before serving.

A bout of listeriosis is usually very mild, rather like having the flu, and it can be treated with antibiotics. But if you are infected during pregnancy, the bacteria can cross the placenta and seriously affect your baby, even possibly causing miscarriage or stillbirth. Even though the bacteria is found widely in food, it doesn’t often cause problems in pregnancy and is less common than toxoplasmosis. Despite its rarity, you should try to avoid it, especially around the time of conception and pregnancy.

To reduce the risk of listeriosis, cut out soft cheeses like Brie or Camembert and blue-veined varieties. Avoid pate, which is often a carrier of the infection. You should also be very careful when eating ready-made “cook/chill” meals, reheating them thoroughly for at least two minutes so that they are steaming hot.

Salmonellosis is a common form of food infection that may result when foods containing Salmonella bacteria are eaten. The bacteria are spread through direct or indirect contact with the intestinal contents or waste of animals, including humans.  Salmonella bacteria do not grow at refrigerator or freezer temperatures and are easily destroyed by heating foods to 165 degrees F.

To avoid infection from Salmonella bacteria, pregnant women should follow general safe food handling practices, including washing hands often with hot, soapy water, especially after using the bathroom and before and after handling food. Hands and working surfaces should be thoroughly washed after contact with raw meat, fish, poultry, and foods that will not undergo further cooking. Fresh fruits and vegetables should be rinsed well before eating, and food such as raw milk and raw milk products, raw or undercooked eggs, raw sprouts, raw or undercooked meat and poultry, and unpasteurized fruit juices should be avoided.

Pregnant women are not at an increased risk for getting salmonellosis; however, one type of Salmonella bacteria, called Salmonella typhi may be passed to the fetus. Consuming food or water that contains the bacteria Campylobacter jejuni causes an infection called campylobacteriosis. C. jejuni is found in the intestinal tracts of animals (especially chickens) and in untreated water. This organism thrives in a reduced oxygen environment and is inhibited by acid, salt and drying. C. jejuni also is easily destroyed by heat (120 degrees F).

Although pregnant women are not at an increased risk of campylobacteriosis, infection from this bacteria can result in transmission to the placenta. Consequences of fetal infection include abortion, stillbirth or preterm delivery. Symptoms usually appear within 2 to 5 days after eating the contaminated food and include fever, stomach cramps, muscle pain, diarrhea, nausea and vomiting. Infection from C. jejuni may be treated with antibiotics.

C. jejuni is most often found in raw (unpasteurized) milk and raw milk products, raw or undercooked meat and poultry, and raw shellfish. To avoid campylobacteriosis, pregnant women are advised to consume only pasteurized milk and milk products and to thoroughly cook meat, poultry and shellfish. Hands, surfaces, cutting boards and utensils that come in contact with raw meat, poultry or fish should be washed well with hot, soapy water.

To avoid listeriosis, toxoplasmosis, and other food-borne infections, follow these simple guidelines:

Use the following guide to help choose safe foods during pregnancy, while avoiding foods from unsafe sources.