Gaining Weight When You Have Celiac Disease and Are Underweight 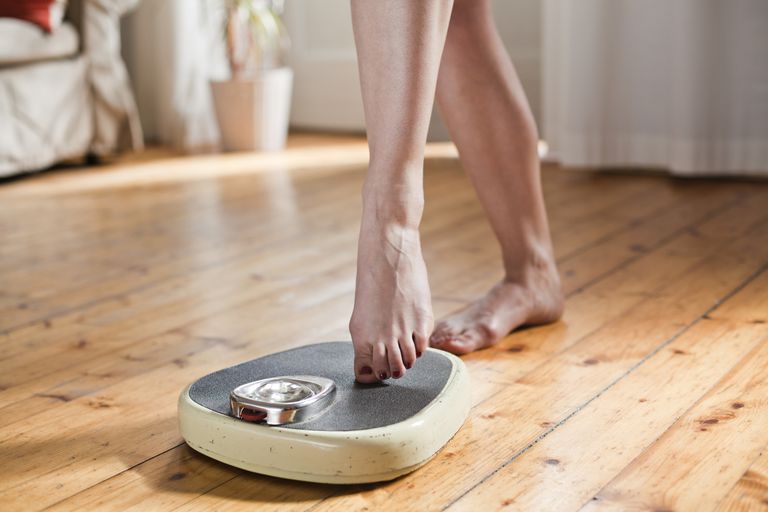 Although most people who are diagnosed with celiac disease are a normal weight or overweight at the time they’re diagnosed, around one in five are underweight. For them, gaining enough weight can sometimes be a challenge.

This may seem strange since the majority of people (including the majority of those with celiac disease) either weigh the right amount or weigh too much and want to lose weight, not gain weight. But being too skinny and unable to gain weight is a real problem for some. People who are underweight are at higher risk for malnutrition and osteoporosis, both of which already are issues for those with celiac disease.
So what can you do if you have celiac and are having trouble gaining weight? Courtney Schuchmann, M.S., R.D., L.D.N., a dietitian at the University of Chicago Medicine who works with people who have celiac disease, tells Verywell that there are multiple steps you can take to help gain weight, plus some additional medical concerns you may need to rule out.

Still, although the stereotypical vision of a person with celiac disease pictures that person as rail-thin or emaciated due to celiac-related malnutrition, only around 17 percent to 20 percent of people who are diagnosed with celiac actually are underweight at the time of their diagnosis. Around 60 percent are a normal weight and the rest are overweight.
Women, people with more severe intestinal damage at diagnosis, and those who have diarrhea as a symptom are more likely to weigh too little at the time of their diagnosis, according to one study. That study, published in the Journal of Clinical Gastroenterology, reported that around two-thirds of those who started out underweight gained weight once they started the gluten-free diet.

That matches with what Schuchmann sees in practice. She says dietitians typically watch people with celiac disease who are underweight at diagnosis begin to put on weight as they start eating gluten-free and their intestinal villi begin to heal.

“These individuals begin to better absorb their nutrition and specifically calories,” she says. In most cases, those with celiac who are underweight don’t need to do anything special to gain weight—it happens naturally. But a few people need extra help, she says.

Gaining Weight When You’re Too Thin

Typically, if a person with celiac disease doesn’t gain weight after a few months of being on a strict gluten-free diet, Schuchmann says she considers “a more vigorous approach to weight gain.”

The first step, she says, is to make sure that person really is eating gluten-free, since eating gluten-containing foods or even just eating food that’s been cross-contaminated with gluten can keep the intestinal villi from healing, contributing to ongoing symptoms and malnutrition.
Once she’s addressed gluten ingestion, Schuchmann recommends the following weight-gain strategies for those who are underweight:

People following this program can expect to gain about 1 to 2 pounds per week, or a minimum of 4 pounds in a month, Schuchmann says.

People with celiac disease who continue to ingest gluten (even in trace amounts) may delay or prevent the healing of their small intestine, and may prevent themselves from gaining weight. There are several ways you can put yourself at risk for this problem, Schuchmann says:

“Every individual with celiac disease has a different level of sensitivity to cross-contamination and the level or amount of gluten ingested, and the impact it will have on symptoms, gut healing, and weight management issues,” Schuchmann says. “Anyone with difficulty gaining weight and persistent symptoms should re-evaluate their diet and lifestyle to minimize gluten ingestion as much as possible.”

Specifically, celiac disease is linked with both thyroid disease and diabetes, both of which can contribute to problems gaining or losing weight. Therefore, you may need some additional testing if you just can’t seem to gain weight.