Getting Pregnant After Vasectomy Reversal 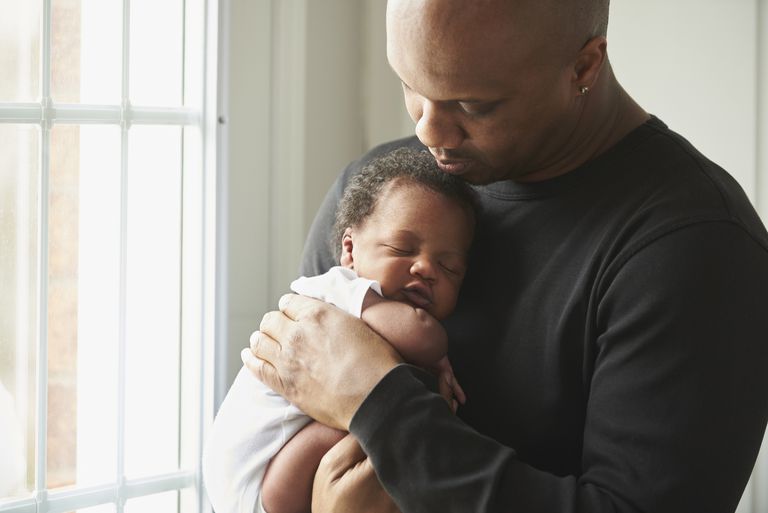 That said, success rates and time frames vary significantly depending on how many years have passed since the vasectomy, whether the couple has had a child together in the past, the skill of the surgeon, and what kind of repair is required.

Also important, vasectomy reversal surgery is only one option to having biological children. IVF with ICSI (intracytoplasmic sperm injection) is another way couples can conceive, either as an alternative to a reversal or as a next-step if surgical repair isn’t successful. Sometime, IVF offers the best chances for success.

“A vasectomy reversal is possible, but the results are poor if more than five years have passed—IVF will offer a higher success rate,” explained Dr. Edward Marut, a reproductive endocrinologist with Fertility Centers of Illinois.

Before we discuss vasectomy reversal, it’ll help to have a quick review of how vasectomy works.

The epididymis connects to the vas deferens, which is a thin muscular duct. When a man ejaculates, sperm move from the storage end of the epididymis into and through the vas deferens. The vas deferens move sperm to the urethra, where, during ejaculation, it gets mixed with a fructose-rich fluid (from the seminal vesicles) and prostate fluids (produced in the prostate.)

During a vasectomy, the vas deferens is cut. This prevents sperm from getting mixed with the other seminal fluids. It takes a few months post-vasectomy for sperm cells to be eliminated from the tubal system.

With a vasectomy reversal, the vas deferens ends are reconnected. This is known as a vasovasostomy. Because this muscular tube-like organ is very thin—no more than the thickness of a spaghetti strand—surgical re-connection is a delicate, complicated procedure.

Sometimes, re-connection of the severed vas deferens ends isn’t possible. This is more likely if many years have passed since the procedure. In this case, the surgeon connects the vas deferens directly to the epididymis. This is known as a vasoepididymostomy.

Vasoepididymostomy is an even more complicated procedure, taking twice the surgical time. (Four hours instead of two.) Reversal success rates are much lower for vasoepididymostomy, and it may take longer for sperm to return to the ejaculate.

Will you need a vasovasostomy or a vasoepididymostomy? It’s impossible to say before surgery. During the procedure itself, your doctor will check the end of the vas deferens on the testicle side to see if there are sperm cells present. If not, this indicates a blockage has formed between the opening and the epididymis. Your surgeon would then perform a vasoepididymostomy.

Post vasovasostomy, it may take up to three months for sperm to be present in ejaculate. However, sometimes it takes only a couple of weeks. Post vasoepididymostomy, it may take six months to a year for sperm cells to return. Your doctor will order a semen analysis three months post-procedure (if pregnancy doesn’t occur in the meantime) to check if sperm have returned.

Why Would Someone Want a Vasectomy Reversal

One in 20 men will decide to reverse a vasectomy. While vasectomy is considered to be “permanent” birth control, there are many reasons why a man may change his mind after having the procedure.

Some possible reasons include:

Before You Schedule a Vasectomy Reversal

The skill of your surgeon is key to improving your chances for success. You want someone who performs vasectomy reversals on a somewhat regular basis. Research has found that experience and frequency matter.

Ask your urologist how many reversals he has done in the past year and what his success rates are. Also, confirm that they have microsurgical training and are members of the Fellow of the American College of Surgeons (FACS).

You will also want to confirm that your doctor has experience with performing vasoepididymostomies, especially if your vasectomy was done more than seven years ago. Remember that it’s impossible to know whether you need the more complicated surgery until your doctor starts the procedure. It’s worth traveling to get a more experienced doctor.

Something else you should do before you decide on a reversal is ensure your female partner has basic fertility testing. If there are female fertility factors, it may make more sense to skip the reversal procedure and go straight to the IVF option.

“Men should speak to a urologist who specializes in fertility care and does vasectomy reversal and testicular biopsy for IVF, as well as a reproductive endocrinologist to coordinate the care,” says Dr. Marut.

The age of your female partner also matters, especially if she is age 37 or older. With female fertility declining quickly after age 35, it may not be recommended to wait a year to see if the reversal was successful. Ovarian reserve testing can help you and your partner make a decision on this, with the input of your doctor.

Lastly, consider asking your surgeon to retrieve and cryopreserve sperm cells during the procedure. This means additional cost, and you may never use those frozen sperm. However, if the reversal isn’t successful, you’ll have a head start on the IVF-ICSI option.

How Quickly Will You Get Pregnant Post Vasectomy Reversal?

Some couples will get pregnant as quickly as a few weeks post-reversal. Others will take up to two years to conceive. More commonly, it takes six months to a year.

How soon pregnancy occurs depends on a number of factors, including:

Your doctor will schedule a sperm count (or semen analysis) test a few months post procedure. If the results look good, and you have frequent enough sex during your partner’s fertile window (just before ovulation), you may get pregnant within a few months.

If the semen analysis results aren’t good, your doctor will likely schedule another test two to three months later.

What Can I Do to Improve the Odds of Getting Pregnant Quickly?

Your odds of pregnancy success are primarily dependent on whether the surgical repair is successful and on the overall fertility of you and your partner. Much of this is out of your control.

However, there are thing you can do to slightly increase the chances of getting pregnant post-reversal. These are true for all couples.

What If You Don’t Get Pregnant?

If your partner doesn’t conceive right away, don’t panic. Even couples with normal fertility may take a few months to achieve pregnancy.

That said, if many months pass, and pregnancy doesn’t occur, don’t delay seeking help. This is especially true if your female partner is age 35 or older. Generally speaking, if you don’t achieve pregnancy within six months to a year post-surgery, see a fertility specialist.

The next step may be fertility testing (or re-testing, if you’ve already both been evaluated in the past.) Then, fertility treatment options can be discussed. When reversal doesn’t lead to pregnancy, IVF with ICSI may be your best option. (More on that below.)

If vasectomy reversal is unsuccessful, or not recommended (due to female age or other fertility factors), IVF with ICSI is an alternative option. Sometimes, IVF is the best first choice.

“A prolonged interval from vasectomy to reversal (more than five years) predicts a lower chance of pregnancy occurring without treatment,” explained Dr. Marut. “In this circumstance, IVF is a better option to ensure success. If a couple wants to limit the number of children they have, IVF is also a better approach. If the woman is over age 37 and concerned about genetic abnormalities, IVF offers the option to genetically test embryos prior to treatment.”

IVF is, however, a more expensive route and comes with more medical risks.

With IVF treatment, the female partner takes fertility drugs that stimulate the ovaries to produce many mature eggs. These eggs are surgical retrieved from the ovaries, via an ultrasound-guided needle through the vaginal wall.

This is an in-office procedure. Light sedation and a local anesthetic are used, and a needle aspirates sperm directly from the testicles or the epididymis. The medical terms for these procedures are PESA (percutaneous epididymal sperm aspiration) or TESA (testicular sperm aspiration.)

If you went through an unsuccessful vasectomy reversal, and your surgeon was able to retrieve and cryopreserve sperm during the procedure, you may not need to have the aspiration procedure again.

Retrieved sperm can’t be used with simple insemination and require IVF with ICSI. ICSI is a procedure where a single sperm cell is selected and directly “injected” into an egg. ICSI has additional costs and risks on top of conventional IVF.

As with any IVF treatment, success is not guaranteed. Pregnancy success will depend on the age of the female partner and what other (if any) fertility factors are at play.

Vasectomy reversal can be successful, but it is not guaranteed. For some couples, IVF with ICSI is a better option. For others, it’s worth trying vasectomy reversal first. Both procedures are rarely covered by health insurance and can cost several thousand dollars. Be sure to talk to both a urologist (with extensive experience in vasectomy reversal) and a reproductive endocrinologist before making a decision of what route to take.

Also be sure the female partner’s fertility is tested before any surgical decisions are made. It would be a waste of time and money to go with a reversal if IVF treatment was needed due to female infertility. Keep in mind, too, that if you’re open to using donor sperm, pregnancy can be achieved with insemination or IVF treatment. However, in this case, the child will not be genetically related to you.