Green Tea Benefits and Side Effects 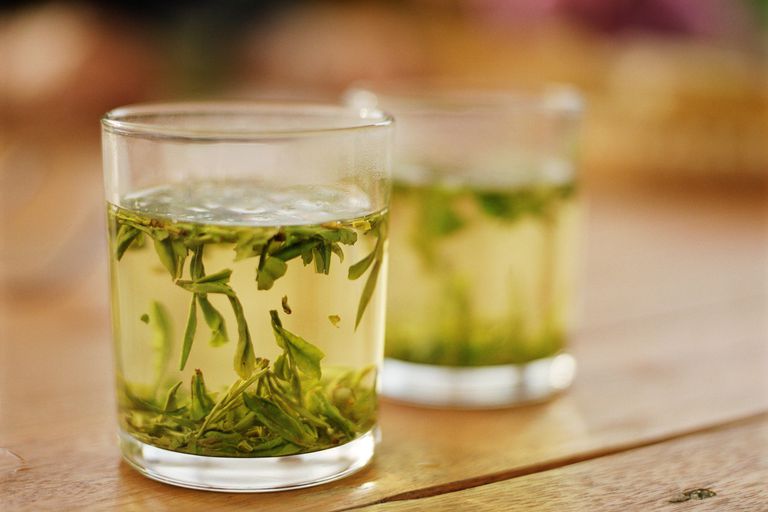 Green tea has always been a popular choice of beverage in Asia, but in recent years consumption in the West has been growing—so much so that Americans drank nearly half a billion gallons of it in 2017. Part of the appeal of green tea is its purported health benefits.

What is Green Tea?

Black, green, and oolong tea all come from the same plant, an evergreen shrub that grows in mountainous areas called Camellia sinensis. Because of how green tea is processed—the fresh leaves are lightly steamed or heated dry to prevent oxidation and preserve the green quality—it has a higher concentration of antioxidants than other tea types. It’s these compounds, which belong to a group of plant chemicals called flavonoids, that are thought to be responsible for green tea’s beneficial health effects. The most notable flavonoid is a catechin known as epigallocatechin gallate (EGCG).

China is the largest producer of all tea, including green tea, and the country has a long history with the drink. Legend has it that tea was introduced there by Emperor and herbalist Shen-Nung in 2737 BC, who created the first tea brew when some tea leaves accidentally blew into his pot of boiling water. It’s said that the Emperor accidentally poisoned himself some 85 times, each time being cured by the tea brew.

How to Prepare Green Tea

Green tea is best prepared using water that’s around 180 degrees F and 185 degrees F and then steeped for about three minutes. Steeping with water that’s too hot or steeping for too long may result in the release of tannins from the leaves, causing the tea to become bitter. Higher-quality green teas can be re-steeped several times before the flavor begins to degrade. Use about one teaspoon per eight-ounce cup for optimum results.

If you’re interested in maximizing the antioxidant activity of your next cup of green tea, try steeping it for at least two hours in cold water (instead of using hot water) and see how you like the taste.

In a study published in the Journal of Food Science in 2016, the highest levels of antioxidant activity were observed in green tea that had been steeped in cold water for a prolonged period of time.

There are many varieties of green tea—Dragonwell, jasmine, and Sencha are a few popular types. It’s also available in several forms, including loose leaf, bags, and powdered (known as matcha). The best advice is to experiment until you find one that suits your taste.

Green tea naturally contains caffeine,1 though the actual caffeine content can vary due to the origin of the tea, and the method of processing and preparation, including how long it’s brewed. Typically eight ounces contains 25 to 29 mg of caffeine, which is less than black tea and about a third the amount in a cup of black coffee.

Green tea can also be processed to have the caffeine removed. It’s important to know, however, that decaffeinated green tea may not be completely caffeine free, so if you’re sensitive to caffeine, it may still affect you.

If you’re worried that drinking decaf green tea means you’ll miss out on all the beneficial antioxidants, don’t be. The processes that remove the caffeine from green tea also remove some of the antioxidants, but not all of them. According to one study published in 2003, the flavanol content of regular teas varied from 21.2 to 103.2 milligrams per gram (mg/g), while the flavanol content of the decaf green teas ranged from 4.6 to 39.0 mg/g.

The antioxidant values varied from 728 to 1,686 Trolox equivalents/g tea for regular teas and from 507 to 845 Trolox equivalents/gram for decaffeinated teas. So while there’s a reduction in flavanols, the antioxidant activity isn’t entirely lost. But beyond that, it’s difficult to tell if decaffeinated green tea is more or less beneficial for humans because many green tea studies are done with lab animals rather than people. Still, there are a few studies done with human participants that help us understand if green tea works.

Drinking green tea is thought to be good for your health, but it’s not yet known just how good it is for you. Although many studies have been done on green tea and its extracts (and many more are being funded), definite conclusions haven’t been reached on whether you’ll see benefits when you drink it. In many cases, studies don’t make it clear if drinking green tea actually reduces the risk of certain diseases or if green tea drinkers tend to have other healthy habits that affected the results.

One of the most likely benefits that you’ll experience from green tea is a boost in energy and an increase in mental alertness from the caffeine. However, green tea also contains L-theanine, an amino acid shown to promote a state of calmness. As a result, green tea provides the benefits of alertness from the caffeine but possibly without the jittery feeling it can create as a side effect.

Here’s the scoop on its other purported health benefits:

Most studies of tea and cancer prevention have focused on green tea. And although tea and/or tea polyphenols have been found in animal studies to inhibit cancer of several types, including skin, lung, oral cavity, esophagus, stomach, small intestine, colon, liver, pancreas, and the breast, the results of human studies have been inconclusive. As a result, the National Cancer Institute doesn’t recommend for or against using green tea to reduce the risk of any type of cancer.

Unfortunately, green tea might not be the fat burner it’s cracked up to be. Research has shown green tea’s ability to boost metabolism to be small or non-existent. Green tea hasn’t been shown in studies to produce meaningful weight loss in overweight or obese adults either. Nor has it been shown to help people keep weight off.

Very few long-term studies have investigated the effects of tea on heart disease risk. But there is evidence that suggests that green tea might have beneficial effects on some heart disease risk factors, including blood pressure and cholesterol.

A 2018 study that monitored more than 80,000 people in China over a six-year period found that tea appears to slow the natural decrease in “good” HDL cholesterol that occurs with aging. Green tea had a slightly stronger effect than black tea on HDL levels, which was linked to an eventual eight percent decrease in cardiovascular risk.

Green tea also seems protective against stroke, especially when it’s a regular part of your diet. In a Japanese study in 2013, people who drank either green tea or coffee daily had 20 to 30 percent lower risk for stroke than people who seldom drank them. Coffee slightly edged out tea, with a cup of Joe having the same effect as two cups of green tea. However, drinking four or more cups of green tea was a bit more beneficial than drinking two to three cups.

When consumed as a beverage, green tea is believed to be safe when used in moderate amounts. (There are, however, concerns about the potential for liver damage from green tea supplements that contain high amounts of EGCG—above 800 mg a day.) Except for decaffeinated green tea products, green tea contains substantial amounts of caffeine, and too much caffeine can make people feel jittery and shaky, interfere with sleep, and cause headaches. There’s little evidence, though, of health risks for adults consuming moderate amounts of caffeine or roughly about 300 to 400 mg per day.

Green tea has been shown to reduce blood levels (and therefore the effectiveness) of the drug Corgard (nadolol), a beta-blocker used for high blood pressure and heart problems. It may also interact with other medicines. Be sure to tell all your health care providers about any complementary or integrative health approaches you use to help ensure coordinated and safe care.