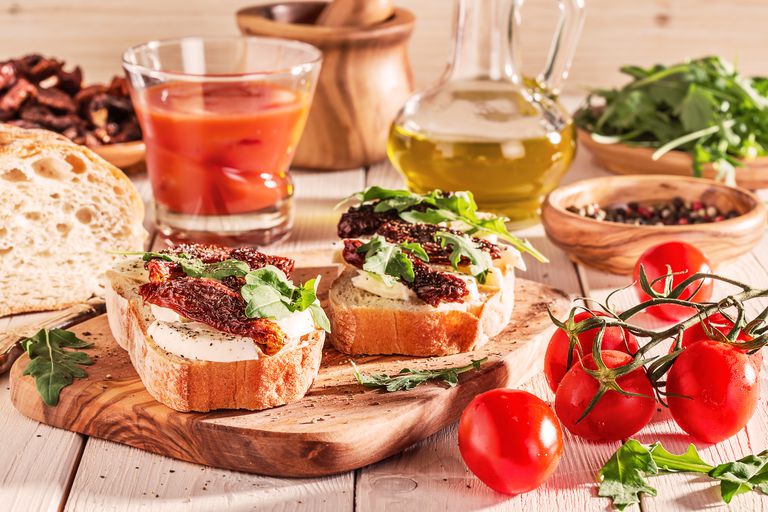 It is mind-boggling to realize that at this very moment, trillions of gut microbes are swimming in your colon. This gut bacterium stays busy with complicated jobs behind the scenes to help our body function. Science is just beginning to realize all that they do and some surprising recent discoveries have found that they may hold the key to one day treating heart disease.

Heart disease is the number one cause of death for both men and women in the United States, killing 610,000 people annually, according to the Centers for Disease Control. One of the most common causes of heart disease is atherosclerosis, which is when the arteries become hardened due to the build-up of plaque. Arteries carry oxygen-rich blood to all of our organs, including the heart and brain, and over time the plaque formations can slowly cause narrowing or blockage of these vital vessels, which then can lead to heart attacks or strokes.

The Link Between Diet and Heart Attack Risk

While high-fat and high-cholesterol diets are known as a risk factor for heart disease, one diet in particular—the Mediterranean diet—has been found to actually promote heart health. This delicious style of eating is adopted from the cultural cuisine common to those of native Mediterranean descent. With a focus on olive oil and red wine, the Mediterranean diet abandons strict guidelines to caloric or fat intake and instead encourages healthier overall menu choices such as fruits, vegetables, whole grains, nuts, and fresh fish flavored with herbs and spices. Recently, doctors have identified that substances found within this eating plan, not only help prevent heart disease, but show potential to one day pave the way for actually treating heart disease by targeting the gut microbes—without the use of typical drugs that affect the body as a whole.

A few years ago, a Cleveland Clinic research team discovered that diets rich in animal fats, including eggs, red meat, and high-fat dairy products, trigger a metabolic process during digestion that contributes to the development of heart disease. When consumed, these foods produce very high levels of the nutrients choline, lecithin, and carnitine. Bacteria in the gut turn these nutrients into a substance known as trimethylamine (or TMA). As metabolism continues, TMA is converted by host enzymes to trimethylamine N-oxide, or TMAO, a byproduct we would be better off without. Studies have found that increased blood levels of TMAO are associated with accelerated atherosclerosis in mice and with an increased risk of heart disease in humans.

Simply put, our gut bacteria converts the food we eat into a substance that sets in motion a metabolic pathway associated with the development of heart disease. And until now, doctors have studied ways to block the host enzymes that convert TMA into TMAO, but without successfully finding a solution that didn’t result in other adverse effects.

In the December 2015 issue of Cell, this same team of Cleveland Clinic doctors has reported a promising connection between elements typically found in a Mediterranean diet to blocking the metabolic pathway leading to the formation of TMAO. This discovery could offer hope in preventing or even treating heart disease. The research team found that a compound called DMB—or 3, 3-dimethyl-1-butanol, which occurs naturally in extra-virgin olive oil and red wine—is an effective inhibitor of TMAO production in the gut. In their studies, they treated mice who were fed a diet rich in animal-fats and were genetically predisposed to developing atherosclerosis with the DMB compound and found that it substantially lowered TMAO levels as well as the formation of plaques within the arteries, and without producing any adverse effects.

This discovery means that the metabolic pathway, triggered by gut bacteria, could now be blocked by targeting the gut microbes with a compound commonly found in the Mediterranean diet. If these studies can be replicated in humans, new therapeutic options targeting our gut bacteria to prevent diet-induced heart disease could soon become a reality. And the exciting part is that this treatment would be designed to target the molecular pathways triggered by our gut bacteria instead of a systemic drug that works by targeting human cells.

Getting Started With the Mediterranean Diet

As we are waiting for this promising new discovery to become a reality, here are some tips for those who wish to adopt the Mediterranean diet now.

So next time you are out with friends, look at the menu and think, “What are my bacteria hungry for?“

Comments Off on Gut Bacteria and Heart Disease Treatment