Heavy Periods and Hair Loss: Is There a Link? 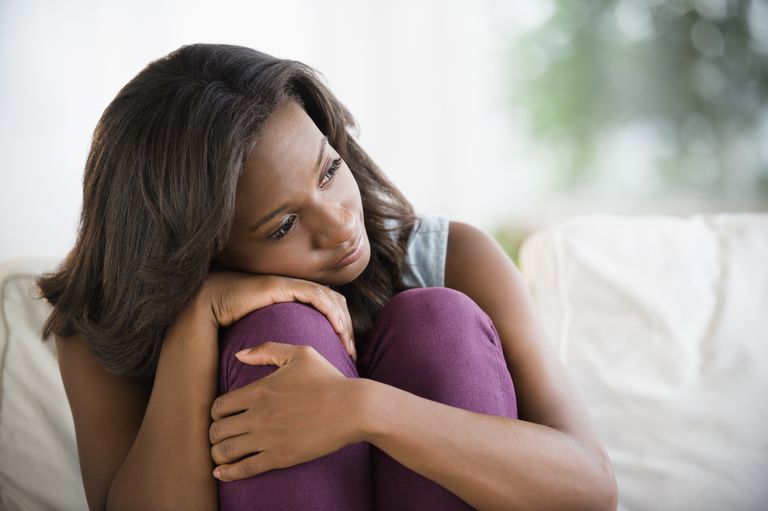 There are a few known links between heavy menstrual bleeding and hair loss. When you experience a heavy menstrual flow every month, you are likely to become anemic. This type of anemia develops slowly and over time, so you may not recognize the common symptoms of fatigue and an increased heart rate, but you may start to notice some hair loss.

Because anemia puts a strain on your body, the less important functions like the hair growth cycle take a big hit. That is, your heavy bleeding causes chronic anemia, which in turn can cause hair loss. Hair loss and heavy menstrual bleeding are also two common symptoms associated with hypothyroid disease. An evaluation of your thyroid function is absolutely indicated if you are experiencing either of these two symptoms.

But outside of these known connections, researchers are also discovering that there might be a deeper connection between hair loss and heavy menstrual bleeding, especially in women of African descent. In one retrospective analysis published online at JAMA Network, the authors show a statistically significant association between a certain type of hair loss called central centrifugal cicatricial alopecia (CCCA) and uterine fibroids, a very common cause of heavy menstrual bleeding. The authors recognized the increased incidence of these two conditions in young women of African descent. Their analysis supports the hypothesis that there is a genetic connection between these two conditions.

The connection between hair loss and fibroids is fibroproliferative disease.

There are certain conditions in the body when your connective tissue, which includes collagen and all the fibrous tissue that holds your body together, overgrows and creates scar tissue. Collectively, these conditions are known as fibroproliferative diseases. They occur more frequently in people of African descent.

Why this is true is pretty interesting. It is thought that the profibrotic genes that cause the fibroproliferative diseases also somehow protect against infection by parasitic worms. So over time, the body made a selective adaptation to favor the profibrotic gene expression, making the associated disease conditions more common.

Sickle cell anemia is another example of a disease process developing when the body adapts to protect against an infection. Again, sickle cell disease is found in people of African descent and it is thought to be protective against malaria.

In addition to keloid scars, uterine fibroids and CCCA are both fibroproliferative diseases more common in women of African descent that are associated with increased profibrotic gene expression.

Central centrifugal cicatricial alopecia—the name of this condition is almost a tongue twister but it essentially describes the pattern of this type of hair loss:

CCCA is the most common type of scarring hair loss in women of African descent. The areas of the scalp that are affected lose the hair follicles due to scar tissue formation, so the scalp becomes very shiny in these areas. Some small brittle hairs may remain. Sometimes, the affected scalp may become itchy or tender.

If you are experiencing any type of significant hair loss, it is important to discuss this with your healthcare provider. Not only is early intervention essential for improving CCCA, but other types of hair loss can be a symptom of a significant underlying health condition that can be diagnosed and treated accordingly.

Uterine Fibroids as a Fibroproliferative Disease

Uterine fibroids are very common benign tumors of the uterus. They are thought to develop as a result of a mutation in a single uterine smooth muscle cell. The most common symptoms are abnormal uterine bleeding and pelvic pressure.

Women of African descent are significantly affected by uterine fibroids. Compared to other racial groups they are more likely to:

Research is also pointing to a genetic association with the other fibroproliferative disorders that occur more frequently in women of African descent.

There are many treatment options for uterine fibroids, ranging from control of heavy bleeding with oral contraceptives to hysterectomy.

It is most likely that changes or symptoms occurring in your body at the same time are connected rather than the result of two different disease processes. It is important to write down all of the symptoms you are having before you see your doctor about a health concern.

Often times, these groups of symptoms will help your doctor make a diagnosis. Sometimes there may not be any evidence to support an established connection between two symptoms, but that does not mean that there isn’t a connection.

Comments Off on Heavy Periods and Hair Loss: Is There a Link?