High Triglycerides and Your Stroke Risk 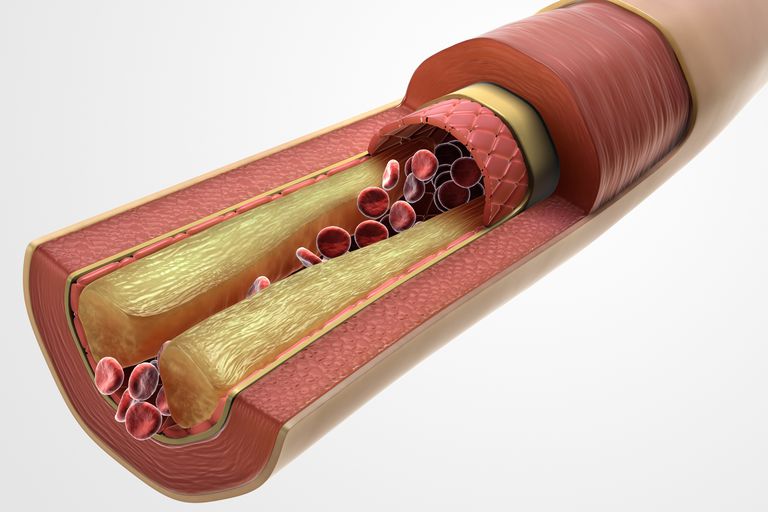 You may know that high cholesterol is a risk factor for developing heart disease or having a stroke, but what about high triglycerides? Perhaps you can recite your LDL, HDL, and total cholesterol levels by heart. Research says you should also pay attention to your triglyceride number on your lipid panel.

When total cholesterol levels are measured after an overnight fast, one number included in the report is the level of triglycerides, a form of fat that travels through the bloodstream. Triglyceride levels that are too high can increase the risk of developing cardiovascular problems. But how high is too high?

The triglyceride level guidelines set by The National Heart, Lung, and Blood Institute, part of the National Institutes of Health, are:

High (and very high) triglyceride levels are linked to atherosclerosis, a condition in which cholesterol and other substances form plaques within the walls of an artery. If a plaque ruptures, the plaque fragments or blood clots can block the flow of blood in either an artery supplying the heart, which could cause a heart attack, or an artery supplying the brain, which could cause a stroke.

There are other important factors in the development of atherosclerosis—above all, the levels of LDL, the so-called “bad cholesterol.” Contributing factors to the development of atherosclerosis include obesity and insulin resistance. Insulin resistance is a pre-diabetic condition marked by an impaired response to insulin, the main hormone involved in the transfer of food energy to cells throughout the body.

The American Heart Association’s scientific statement in 2011 says triglyceride is not a direct cause of atherosclerosis but it is a marker of cardiovascular disease risk.

While it is difficult to determine the specific cause of high triglyceride levels, elevated levels are associated with a number of factors, including:

Over a four-year period, researchers at the University of California, Los Angeles collected data on more than 1,000 patients who were admitted to a university medical center for transient ischemic attack (TIA), also referred to as a “mini-stroke.” TIA is a condition in which an artery is temporarily blocked by a blood clot, but does not result in permanent symptoms or disability.

All of the study patients had fasting lipid panels drawn the day following admission to the hospital. By comparing these lipid panels, researchers found that the patients with the highest triglyceride levels were 2.7 times more likely to suffer a stroke than those with low triglyceride levels. LDL levels, however, showed no correlation to stroke risk.

Of course, LDL is not completely off the hook. LDL tends to be higher in stroke patients when compared to healthier subjects. Elevated LDL levels are also linked to an increased risk of developing coronary heart disease.

Getting Triglycerides Under Control

Comments Off on High Triglycerides and Your Stroke Risk