How Often Do I Need a Tetanus Booster Shot? 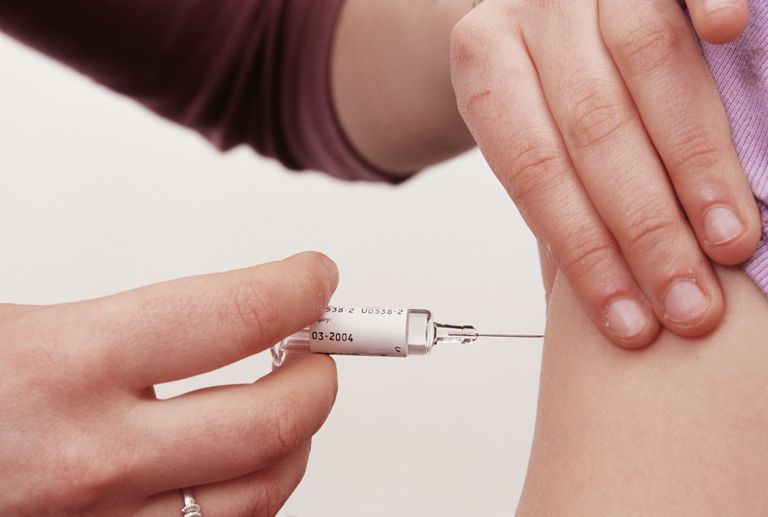 It is recommended that all adults receive a tetanus booster shot every ten years. Tetanus shots are not just tetanus shots, however. They’re almost always bundled with another vaccine unless you’re getting the shot because of a deep, dirty cut or a similar wound.

It is not just rusty nails that you have to worry about, either. The bacteria that causes tetanus is found in many parts of the environment and you can be exposed through any open wound. That is why it’s important to stay up to date on your booster shots.

According to the Centers for Disease Control and Prevention (CDC), tetanus is rare in the United States. Only around 30 cases are reported each year, almost all of which involve adults who were never vaccinated or given their 10-year booster.

Tetanus, also known as lockjaw, is from a bacteria found in soil, dust, and manure called Clostridium tetani. The spores are in the environment all around us and only form into the bacteria after entering the body.

The disease affects the nervous system and leads to muscle spasms. It doesn’t just lock your jaw closed, but that is the most widely known symptom. Besides not being able to open your mouth, tetanus can make swallowing difficult and cause neck stiffness.

Additionally, some people experience muscle cramps in the abdomen. These spasms will be in the muscles of the abdominal wall and not in the gut like other types of cramps.

After exposure, it can take anywhere from three to 21 days for symptoms to develop. The timing depends largely on the extent and duration of contamination of a wound. The average incubation period is 10 days.

If left untreated, tetanus can lead to seizures. It causes death in 10 to 20 percent of people with untreated, symptomatic disease, primarily older people.

The most common vaccines included with tetanus are diphtheria and pertussis, better known as whooping cough. In the past, these were referred to as DPT shots (diphtheria, pertussis, and tetanus). Types, they’ve been referred to as:

Boosters are what you get after you received the first vaccination series as a kid. Every 10 years you should be given a tetanus booster from your doctor, either the Tdap or the Td.

Due to the rise of whooping cough—in California especially—doctors have been giving Tdap shots to teens and adults at least once during their routine 10-year booster schedule. Normally, booster shots are for tetanus and diphtheria alone.

Public health authorities also recommend a booster shot if you get a particularly nasty open wound and it has been five years or more since your last tetanus shot. Depending on how bad the injury is, you may also get a straight shot of the tetanus vaccine without the other vaccines.

The first DTaP immunizations start when children are only 2 months old, but no earlier than 6 weeks. The schedule of DTaP shots for young children typically follows this guideline:

Adolescents get a booster Tdap shot at around 11 to 12 years. If they miss this, it’s okay for them to get a Tdap between 13 and 18 years.

It is recommended that adults get a Tdap shot for one of their tetanus boosters. If you are over 65, you may not need the Tdap shot but can get one if your doctor believes it appropriate.

Many of us were taught that you get tetanus from rusty nails, but it has more to do with the dirt on the nail than the rust. Since the spores that develop into tetanus are everywhere, there are more ways than one to get the disease.

The spores of C. tetani commonly found in soil and animal feces can remain inactive but infectious for up to 40 years. The spores can get into your body through any break in the skin, including cuts, punctures, burns, and crush injuries.

In rare cases, tetanus may occur in clean superficial wounds in the top layer of the skin or those from surgical or dental procedures. Insect bites, compound fractures, chronic sores and infection, intravenous drug use, and intramuscular injections are less commonly linked to tetanus.

Public health authorities will often offer tetanus boosters after a natural disaster, including floods. This is a cautionary measure the mitigate the increased risk of tetanus infection. The good news is that you can’t get tetanus from someone else because it is not a contagious disease.

The advice to keep up to date on your tetanus shots is given for a very good reason. Tetanus is a serious disease and because it can be caused by such a variety of factors, booster shots are recommended every 10 years.

If you do get a cut worthy of stitches, you might need to have a tetanus shot, too. The doctor that treats you up should be able to decide if you need the shot or not. If she offers one, it is probably a good idea to take it.

10 Vaccines You May Need If You Travel


Best Clickbank Products
Comments Off on How Often Do I Need a Tetanus Booster Shot? prevention & treatments