How Smoking Affects Your Cholesterol and Heart 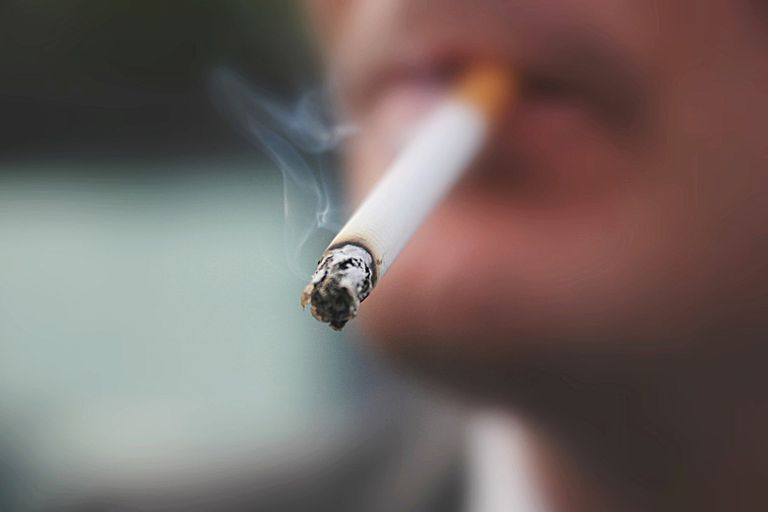 When you think of long-term effects of smoking, you often think of lung disease and cancer. However, smoking can adversely affect other aspects of your health including your heart health.

Cigarettes contain a host of toxins, including a particularly reactive chemical compound called acrolein. Acrolein is a yellow, foul-smelling vapor that is produced by burning plants, like tobacco. It is also man-made and is so poisonous that it is used in both pesticides and chemical weapons. Acrolein is easily absorbed into the bloodstream through the lungs, and scientists believe it contributes to heart disease by affecting the way the body metabolizes cholesterol.

Despite its poor reputation, cholesterol is a naturally occurring, fatty substance in our bodies that is produced by the liver and helps with hormone production and food digestion. Cholesterol moves through the bloodstream inside two distinct proteins that work in tandem.

Eating too many high-fat foods can tip this balance, and recent research suggests smoking can as well. Acrolein interferes with the cleansing ability of HDL by attacking the protein. The result: More fat accumulates in the bloodstream and throughout the rest of the body.

How the Acrolein in Cigarettes Affects Cholesterol

Acrolein also interferes with the LDL by inhibiting the protective enzyme responsible for keeping the LDL intact. Without this enzyme, the LDL becomes vulnerable to oxidation, a complicated chemical process that changes its molecular structure. Due to this change in structure, the immune system is no longer able to recognize the LDL. In response to this, the immune system releases white blood cells and other disease-fighting substances that bind to the affected area, causing inflammation and further buildup at the site. One study found that the more oxidized LDL present in the bloodstream, the higher the incidence of a heart attack or stroke.

Although the toxins introduced into the lungs are the same for every smoker, how they affect the body can vary greatly among these individuals. A 2007 study suggests that genetic factors play a significant role in cardiovascular disease risk among smokers.

Researchers at the University of Rochester found that 60% to 70% of the population has a common genetic defect in the substance that maintains the proportion of HDL to LDL. This substance is called the cholesteryl ester transfer protein (CETP). Though its exact workings are not fully understood, scientists believe CETP mediates the transfer of HDL to LDL cholesterol.

The genetic defect causes the CETP to work in overdrive, attacking the HDL and breaking it into particles that can be easily removed from the blood. This lowers HDL levels.

Regardless of how it occurs, cholesterol buildup in the body is a recipe for cardiovascular disease.

Higher total cholesterol and LDL levels increase the risk of inflammation and white blood cell buildup known as plaque (not the same as the plaque on your teeth). At first, arterial plaque buildup remains soft. Over time, however, it can harden and even rupture, causing blood clots.

The more plaque and clotting present in the arteries, the harder it is for blood to move throughout the body, forcing the heart to work harder to get oxygen and nutrients to the body. As the clogged arteries—a condition known as atherosclerosis— progress, parts of the body may experience decreased blood flow.

Though smoking habits play a role in cholesterol levels and cardiovascular disease risk, diet and activity levels are also a factor. Individuals seeking advice on how to stop smoking or lower cholesterol levels should talk to their healthcare provider.