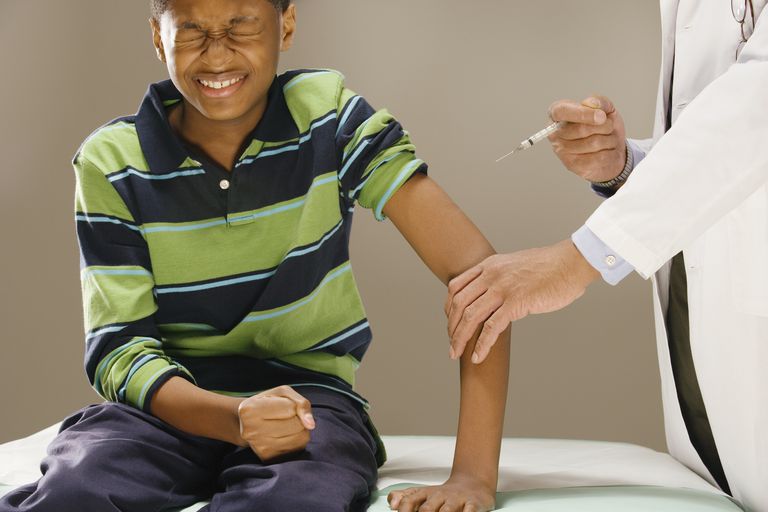 Gardasil-9 is a vaccine that protects against infection from the human papillomavirus (HPV), an infectious organism that’s spread through sexual contact. It’s the most current version of the vaccine available, having replaced the original Gardasil vaccine in May 2017. When the first Gardasil came out, it was recommended for girls and women primarily as a way to help prevent cervical cancer, one of several serious complications of HPV infection.

As researchers came to understand more about HPV, it became clear that the HPV vaccine not only helps to protect against cervical cancer but other cancers as well, including several that affect men. What’s more, the virus is spread through sexual contact, which means that a male who’s infected with the virus can pass it along to another male or to a female sexual partner.

For these reasons, the recommendations for who should get the HPV vaccine have expanded to include males. If you have a pre-teen son, here’s what you should know about the human papillomavirus and Gardasil-9.

According to the Centers for Disease Control and Prevention (CDC), approximately 79 million people are infected with HPV.

There are many different strains of this virus. Not all cause cancer, and some cause no symptoms at all. Some types are responsible for genital warts, flesh-toned or gray growths that may be raised or flat. In males, they may appear the penis, scrotum, testicles, anus, groin, or thighs. Genital warts can develop as single lesions or cluster together in growths that resemble cauliflower.

In most cases, there are no major health risks associated with genital warts, though they can be embarrassing and unsightly. Medical treatment is required to remove them, often requiring multiple visits.

Other strains of HPV can lead to considerably more serious health problems, including various types of cancer. In males, these include:

According to the CDC, the ideal age for both girls and boys to receive the HPV vaccine is around 11 or 12. It may seem odd to give a shot designed to prevent a sexually transmitted infection to kids who are so young. However, the vaccine is less effective people who have already been exposed to HPV, namely sexually active adults.

Also, the CDC reports that when the HPV vaccine is given during the preteen years, it produces a more robust immune response. The vaccine is prescribed as follows:

In clinical trials, Gardasil-9 has been found to be safe and effective, although it does have some potential non-serious, temporary side effects:

And there are some people who should not get the vaccine or may need to delay if ill. Your son’s pediatrician, who will be aware of his medical history, will be able to advise you if there’s any question about the safety of giving your son Gardasil.

Gardasil-9 should not be used in boys who are allergic to yeast or have a known severe allergy to latex. The vaccination should be delayed during moderate to severe acute illness, though minor illnesses generally do not pose a problem.

Even though there is no treatment for HPV, you can be proactive and get your son vaccinated, protecting him (and by association, girls) as best you can.

Comments Off on HPV Vaccination in Boys prevention & treatments