Human Growth Hormone and Your Cholesterol 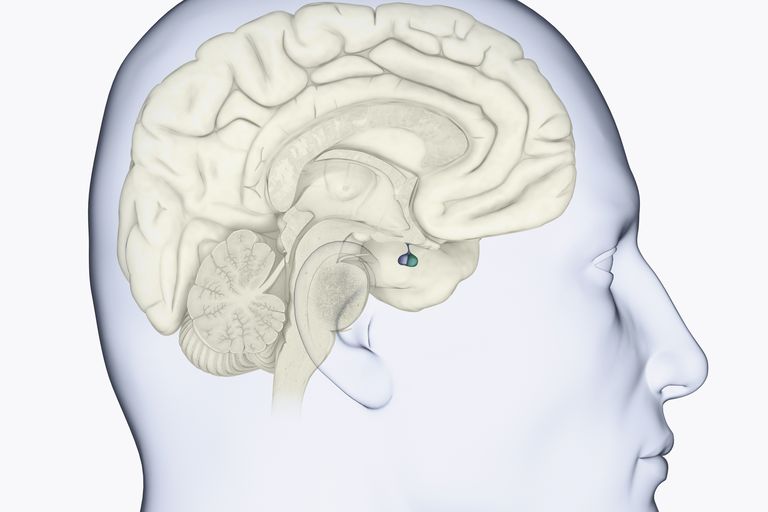 Human growth hormone plays many roles in the body, and having a deficiency of it can lead to a high total cholesterol and a higher LDL cholesterol level. Synthetic HGH abuse by athletes without deficiencies may be problematic.

Human growth hormone (HGH or GH) is a chemical produced by the pituitary gland in your brain. HGH stimulates bone growth in childhood, allowing children to grow to a normal adult height. In addition, it helps the body destroy excess lipid molecules and remove them from the bloodstream along with triglycerides.

HGH also plays a role in stimulating protein production, counteracting insulin in the bloodstream and helping the body retain electrolytes, including phosphate, sodium, and water.

Your body produces HGH throughout your life beginning before birth and reaching peak levels around puberty. HGH production gradually declines throughout adulthood. Occasionally the pituitary gland malfunctions and the body doesn’t produce enough of this hormone. If this occurs in childhood, normal growth can be affected. In adulthood, the most common effect is altered body composition, with higher amounts of body fat and less lean muscle mass. In adults, the main cause of low HGH levels is a tumor in the pituitary gland. Brain surgery can also disrupt HGH production.

HGH deficiency in adults is exceptionally rare. A 1999 study that focused on HGH deficiency in France concluded that 12 out of every 1 million adults (0.0012%) have this problem. Among children, such deficiencies are more common, but are still quite uncommon, occurring in approximately 2.4 out of 100,000 children (0.0024%).

In addition to changes in the balance of fat and lean body mass, people with untreated HGH deficiency have higher levels of “bad cholesterol” (LDL) compared with the rest of the population. This form of cholesterol tends to stick to artery walls, forming plaques that produce the type of cardiovascular disease known as atherosclerosis. Atherosclerotic plaques can rupture, triggering blood clots and potentially blocking blood flow to the heart or brain, which cause a heart attack or stroke.

Effects of HGH Injections on Cholesterol

HGH can be replaced with injections of a synthetic growth hormone known as recombinant human growth hormone (rHGH). These injections have been found to stimulate growth in children, increase lean muscle mass in both children and adults, and improve the other factors affected by low levels of HGH.

Because of its ability to boost muscle mass, rHGH has sometimes been abused by athletes and others seeking to change their physical appearance and enhance athletic performance. Unfortunately, since this sort of use tends to be secretive, physicians and scientists don’t have much information about the positive or negative effects, including the impact on cholesterol and cardiovascular risk of rHGH use by individuals who have normal levels of HGH.

Other studies have reported negative consequences of rHGH use, including higher levels of lipoprotein(a). As with “bad cholesterol,” higher levels of lipoprotein(a) contribute to atherosclerotic plaques in artery walls. However, research also suggests that rHGH lowers blood levels of C-reactive protein (CRP), and reduced CRP levels are seen as a sign of decreased risk for heart problems.

People who take rHGH should only do so as prescribed by their doctor or nurse practitioner. They should also be sure to keep track of their cholesterol levels because low HGH levels can significantly increase cholesterol levels. Some people taking rHGH may also need a cholesterol-lowering medication, such as a statin, to bring down cholesterol levels and reduce the risk of having a heart attack or stroke.

Those using rHGH without the advice of a licensed health care provider should be aware that this hormone can have significant (and potentially harmful) effects on cholesterol levels and heart health. Although rHGH treatment can benefit people who have low natural levels of HGH, experts don’t know the cardiovascular effects or other ramifications of rHGH use in those with normal HGH levels.

Comments Off on Human Growth Hormone and Your Cholesterol high cholesterol