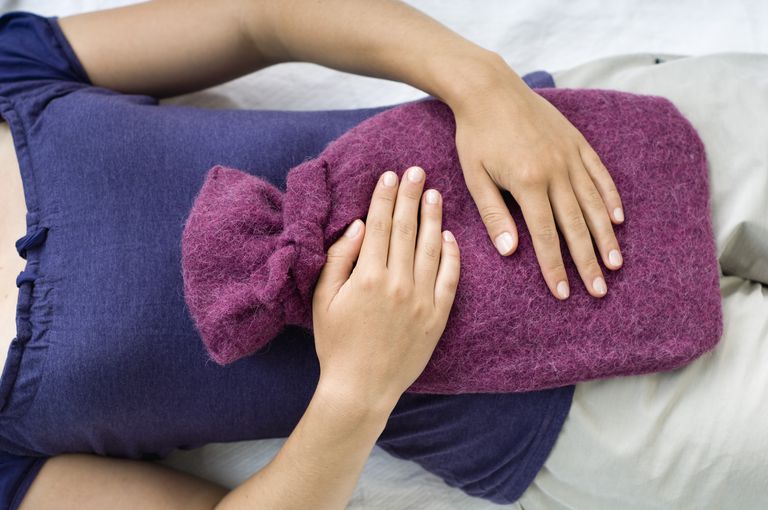 Up to 50 percent of women will experience ovulation pain at least once in their lives. Some women—about 20 percent—get ovulation cramps every month. Generally speaking, this is normal.

Severe pain, however, is not. Intense or prolonged pelvic pain may be a symptom of endometriosis or pelvic inflammatory disease. If the pain prevents you from having sex or going about your daily life, this is also not normal.

Sometimes, the aches you experience have nothing to do with ovulation. What could be causing ovulation pain in these cases?

Another term for ovulation pain is mittelschmerz. This is German for “middle pain.”

Ovulation pain may occur a few days before or after ovulation. It doesn’t necessarily occur at the exact moment the egg is released from the ovary.

The pain is typically mild, but has been known to land some women in the emergency room for suspected appendicitis—though such a severe reaction is rare. Most experience a dull, achy feeling. It may last for a few hours or even over a couple of days. Other women experience a sudden, sharp pain, lasting just a moment.

Is Ovulation Pain a Reliable Ovulation Symptom for Planning Pregnancy?

Some research suggests that ovulation pain actually can signal ovulation. One study found that it came on the same day that the luteinizinghormone (LH) peaked. LH is the hormone detected by ovulation predictor kits. It peaks during your most fertile time, just before you ovulate.

However, another study used ultrasound technology to connect mid-cycle cramps to actual ovulation and discovered that ovulation occurred a couple of days after women reported the side pain. This would make ovulation pain a less than ideal way to time sex for pregnancy since you need to have sex before and not after ovulation.

Although it could be a symptom indicating ovulation is imminent, it’s probably best not to rely on ovulation pain as a primary way to detect your fertile window.

What’s the Difference Between Ovulation Pain and Implantation Cramps?

Certainly, women feeling cramps are experiencing real pain, but whether this pain is embryo implantation, ovulation, or something else is difficult to discern.

Why Does Normal Ovulation Pain Occur?

No one is sure what causes ovulation pain, but there are a few theories.

You may notice that the pain is more frequently on one side than the other. While you may have been taught that the ovaries “take turns ovulating,” it’s normal for one side to ovulate more often than the other.

Could Ovulation Pain Be a Symptom of Endometriosis?

Endometriosis can cause pelvic pain at any time, but it can be quite severe during your menstrual cycle and near ovulation. Some women with endometriosis experience such bad pain before and during ovulation that they can’t have sex comfortably, which makes timing sex for pregnancy difficult.

Endometriosis isn’t the only possible cause of abnormal cramping around ovulation, though. For example:

Some women will only have ovulation pain in a quick, burst of sharp pain. It hurts! But then it’s gone. Other women, however, may experience longer lasting discomfort.

The first thing most people think of doing when they have pain is to take an over-the-counter pain reliever, like ibuprofen or acetaminophen. That is one option for ovulation pain.

It’s also difficult in these studies to separate causes of pain that can also impact fertility. For example, endometriosis can cause pain—including pain around the time of ovulation—and infertility. Women with endometriosis are much more likely to take pain relievers. But how can we know if it’s the endometriosis or the medication that is delaying pregnancy? It’s very unclear.

If you want to take a pain reliever, acetaminophen has the least evidence of any effect on fertility.

If you want to avoid taking any pain relievers while trying to conceive, remedies that are good for menstrual cramps can help with ovulation pain. Consider a warm bath, rest, or a heating pad.

When to Call Your Doctor

It’s tempting to just hope that pain will go away, but severe pain—at any time of the month—should be checked out. You should contact your doctor right away if

You may be confusing “ovulation pain” for something more serious like appendicitis or other abdominal issues. The trip to the doctor may seem like a hassle, but it’s well worth it.

Ovulation pain can be normal. However, if your ovulation pain is not especially severe but interferes with your daily life or causes pain during sexual intercourse, you should make an appointment with your doctor as well. He can help you pinpoint a cause and offer solutions to improve your relationships and day-to-day quality of life.

Comments Off on Is Ovulation Pain Normal? fertility & conception