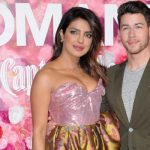 The last thing a new wife wants to see online is pictures of her husband and his ex DMing each other.

Yet, for superstars like Priyanka Chopra, this is a very real possibility.

Country music star and actress Miley Cyrus and singer Nick Jonas’ lives were intertwined from the age of thirteen years old up to sixteen. The Jonas Brothers have even admitted that their song “Wedding Bells” was written about Miley.

But these days, Jonas only has eyes for one woman, his wife Priyanka Chopra.

Fans were shocked when Miley took to her Instagram account days ago posting a screenshot of a private DM sent to her by Jonas. He told her how her throwback photos (including one of her wearing a Jonas Brothers band tee) were on fire.

Cyrus publicly captioned the DM in a photo saying, “That moment when even your ex knows your socials have been”.

What women can Learn from Priyanka Chopra’s response to Miley

Instead of lashing out at the exes for keeping contact, Chopra kept it classy. Her only response to the interaction? “Lol. Hahaha… Hubby is right. These posts are [fire emoji].”

Her reaction to her husband and his ex can teach women a lot about how to handle jealousy and insecurity in their relationship.

Here are 4 things we learned from Chopra

Insecurity is a nasty feeling that can cause a ton of jealousy and arguments in a relationship.

Chopra’s response to her husband’s DMing his ex teaches women that it’s important to be reasonable, even when you’re feeling jealous. After all, Cyrus and Jonas dated more than ten years ago. It’s probably safe to say there is nothing going on between them.

Similarly, if your man comments on another girl’s Insta photo saying she looks cool, it doesn’t mean he’s fantasizing about her or wants to run off and marry her.

If your man has never given you any reason to doubt him, why start now?

Believe in the honest and loving relationship you’ve created together and rest easy knowing he doesn’t want to be with anyone but you.

In her response, Chopra could easily have been catty or slammed Miley for some of her past mistakes. Instead? She supported her hubby, showed there were no hard feelings, and kept things light and classy.

You can talk to your husband privately about how you really feel, but there is no need to attack his ex or embarrass him publicly just because you’re upset.

4. Communicate with your spouse

Communication is the key to a happy, thriving marriage.

Chopra may have said Miley’s throwbacks were on fire, but privately she probably rolled her eyes and wished her man didn’t message his ex.

If you have a problem in your relationship, don’t be afraid to communicate with your spouse. Tell them how you feel and work together to solve the issue at hand.

Don’t let your ex’s past get you down. He has history, but so do you. Be confident in the loving, trusting relationship you’ve built with your man and keep it classy.