Menopause Or “Me Time”: Liza Baker Shares Her Journey

Hot flashes and night sweats are familiar menopause symptoms, but there are several women who have been able to overcome their menopausal challenges to stay in control. 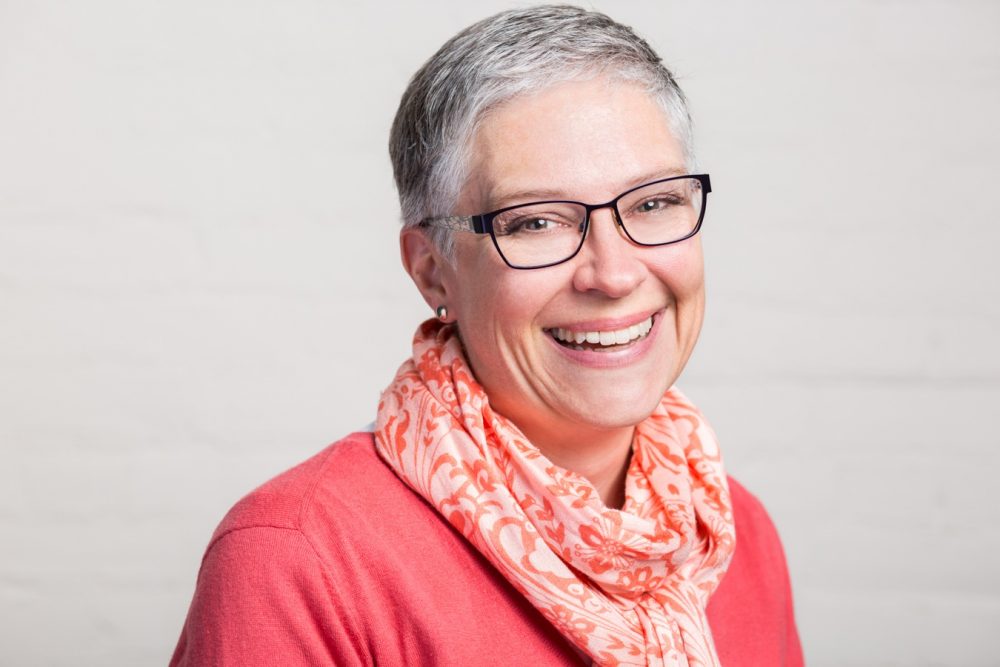 Below we have answers to FAQs from, Liza Baker who is a full-time Integrative Nutrition® health coach, self-published author, part-time consultant, and woefully underpaid COO of a busy family of four. Her coaching work is grounded in the belief that women 40+ who feel that the only way out of their overscheduled lives involves a plane ticket, a wad of cash, and a change of identity can instead live happy, healthy lives, meeting all their obligations and honouring their own wildest, sweetest dreams. Liza lives with her husband in a half-empty nest in Ann Arbor, MI and is passionate about health and happiness, education and exercise, SOLE food and social justice.

Liza shares her journey through menopause with Women Fitness team. Read on.

Your first reaction on realizing that you were heading towards menopause?

Initially, surprise—like many women, I did not realize that perimenopause begins so many years (up to 10!) before the cessation of the menstrual cycle. After the shock wore off, delight—as someone who suffered with extremely heavy periods, I had joked for years that I was ready to “shut the factory down!” Of course, I already had two children, so there was no concern about missing out on that. And there was a fair amount of anxiety about being halfway through life, needing to figure out what I wanted to do with the rest of my life. 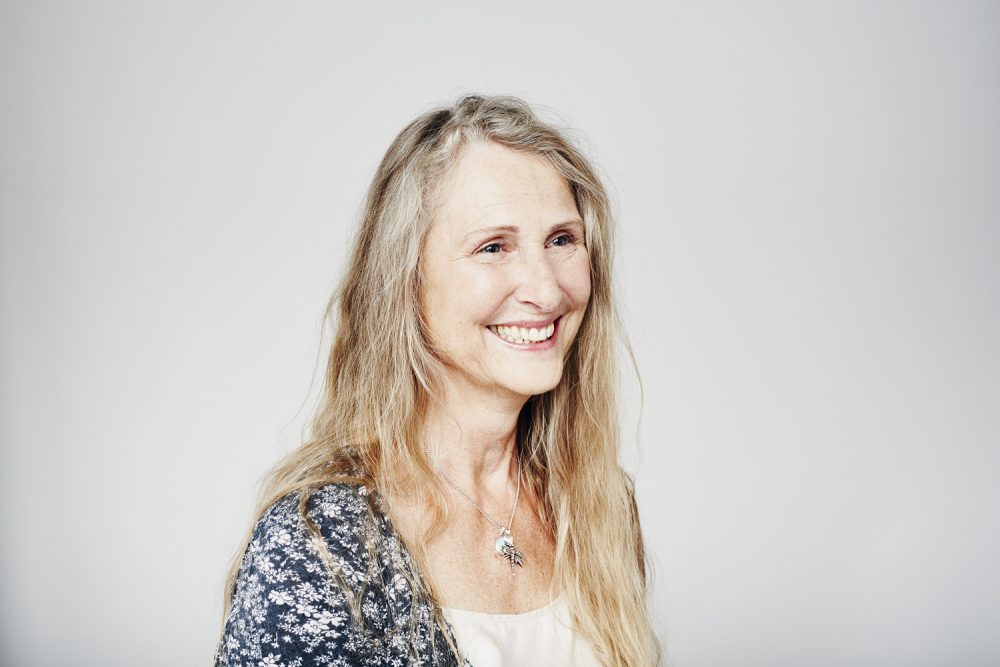 What lifestyle modifications did you adopt to cope with these physical & psychological changes?

I became very protective of my “me time”—which was limited between home, family, and work! I have always been an early bird—I started getting up even earlier, around 4am, to have 2 solid hours in which to be me—not “Mommy,” not “Honey,” etc. And I tried to make that “me” time meaningful: working out, meditating, writing, reading. I came to understand that to achieve my goal of becoming a health coach and being a better caregiver, I had to learn to separate myself from all those I take care of, to make every decision based on whether it felt in alignment with where I wanted to go and what I wanted to do in the next few decades. Perhaps most importantly, I became very good at drawing and holding boundaries, about saying no to requests I would have said yes to before—mainly because I became much more internally referenced, and what others thought or expected of me became less important in the decision-making process, not because I didn’t care about them but because I care about myself.

What exercise routine did you adopt to manage the same?

In my 30s and early 40s, I was pretty obsessed with working out 5–7 days a week, doing a combination of strength training, cardio, and some stretching, but as I entered perimenopause, my body just said no! I shifted to yoga and stretching, core work and body weight exercises mixed with a lot of walking—and much to my surprise, instead of gaining weight, I lost it!

I had slowly been shifting our family diet away from processed foods to whole, SOLE (seasonal, organic, local, ethical) foods, and I think that that served me very well as I entered perimenopause. I am constantly “tweaking” my eating style to optimize my health, and the most effective changes in terms of weight gain (and other perimenopausal symptoms) have come from removing processed foods almost completely, early on limiting carbs to whole carbs eaten early in the day, and, most recently, eliminating grains entirely—which had more to do with reducing inflammation to ease some early onset arthritis than with weight gain. On the more “woo” side, I believe in food energetics, and I think that eating whole, SOLE foods feeds a triple bottom line: physical health, environmental health, and the health of the local food economy—and when we eat food that is so high on the energetic vibrational spectrum, it will nourish us in a way to make our bodies optimally healthy—whether we are vegan or omnivorous or anywhere else along that spectrum. As a health coach, I support women in finding the foods that their bodies need based on what their inner wisdom is telling them—not what the latest diet craze is preaching. 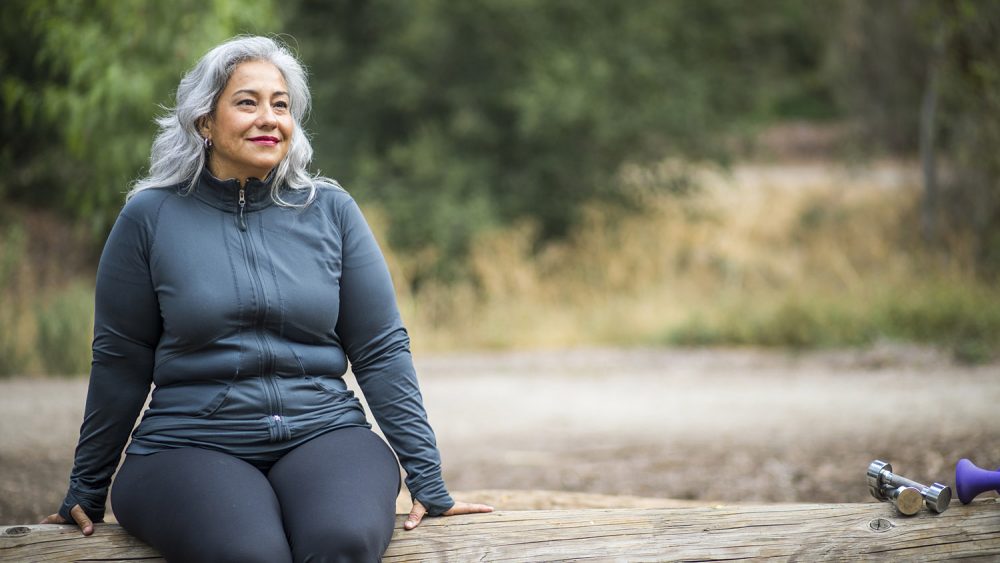 How has menopause affected your emotional well-being? Tips to cope.

Ah yes—this is the big one, or at least it was for me. The first inkling I had that I was entering perimenopause was an out-of-the-blue panic attack on the freeway (https://simply-healthcoaching.com/anxiety-depression/). As someone who grew up thinking I was emotionally stable and having gotten through puberty without any of the major mood swings, this was a novel and frightening experience. And that’s just how I’ve heard others describe it: emotionally, it can feel like puberty on steroids. I found myself ready to cry at the drop of a hat or zooming from “normal” to enraged faster than a midlife crisis sportscar. In one word, I felt fragile. I realized that I had been emptying my well caring for others, and so the major coping strategy was to carve out time to replenish myself: taking time to eat well, sleep regular hours, exercise, and—importantly—spending time away from everyone who made demands on my time.

Has it affected your relationship with your life partner?

​Definitely! ​ Our relationship was quite shaken up over the past decade, and in some ways continues to feel the aftershocks—in many ways, I can completely understand how the divorce rate among friends our age skyrocketed: after 20 years with one partner, a complacency can set in. When a person is going through a seismic shift such as what happens in menopause, her way of being in the world, of showing up in her life and in her relationships shifts as well. Unless her partner can navigate the minefield of perimenopause, the relationship will definitely be imperilled. We’re still a work in progress….

Sadly, I think many women don’t realize that what they are experiencing is perimenopause-they just feel “stuck” and/or “broken,” and the conventional western medical model has a pill they will gladly sell her to make her “normal” again. If you follow Tania Elfersy of The Wiser Woman (https://thewiserwoman.com), you come to see that “solution” as further evidence that the western model is part and parcel of the patriarchy: women should be a certain way (young, beautiful, emotionally stable, loving, nurturing,…), and the moment they start owning their inner wisdom, their feminine power, they need to be put back in their place to keep the marriage, the family, and society stable. I have come to realize that the women who look and feel and act “young” in their 40s and beyond tend to be those who have embraced their inner crone/wise woman—they recognize her as another face of the divine rather than pining for her earlier manifestations as girl, woman, wife and mother. They are the ones doing what the cosmos is telling them to do (what I call soul care) rather than what Cosmo is telling them to do (which is the more superficial self-care—necessary, yes, and certainly not harmful…and yet not quite enough).

Don’t ever Forget You are Special.

You can get a taste of her work at https://simply-healthcoaching.com.

Comments Off on Menopause Or “Me Time”: Liza Baker Shares Her Journey