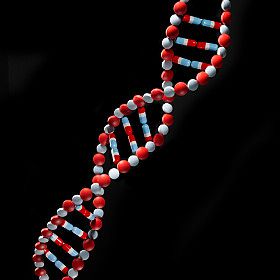 If you suffer from incapacitating migraines, there is a good chance that your sister, cousin, or mother does as well. This is because your genes make you more or less susceptible to developing migraines.

Let’s explore the genetics of migraines and what this means for you and your family.

The Interaction Between Genes and Environment in Headaches

The majority of headaches are the result of multiple genetic and environmental factors interacting in a complicated web. While many of you work incessantly on controlling environmental factors through trigger avoidance and behavior modification, you obviously cannot change the genes you were born with. However, by studying the genetics involved in migraine origination, scientists can create new drugs that target specific genes, in the hopes of curing, if not alleviating our burdensome and debilitating headaches.

What Types of Genes are Involved in Migraines?

There is a significant role of inheritance in the development of migraines and other primary headaches. This has been shown through multiple family and twin studies. But what are the actual genes being passed down?  Below is an example of two genes thought to play a role in the formation of migraines.

One gene is called the MTHFR gene, which stands for the long term, methylenetetrahydrofolate reductase. This gene is involved in the homocysteine pathway. Homocysteine is an amino acid in our bloodstream that when elevated, may lead to blood vessel inflammation, as well as firing of certain nerve cells that may be involved in headaches. Certain mutations in this gene have been associated with both migraines and cluster headaches.

One study in Pharmacogenetics and Genomics found that in women with migraine with aura, vitamin supplementation significantly lowered their homocysteine levels, migraine severity, and migraine disability levels, compared to women who took placebo. Vitamin supplementation was done with vitamin B6, B9 (folic acid), and B12, which have been found to lower homocysteine levels in the bloodstream.

In addition, when the vitamin-treated group was examined closely, it was found that patients with a certain allele of the MTHFR gene had a significantly greater reduction in homocysteine levels, as well as migraine severity and disability scores, than those with a different allele. An allele is an alternative form of a gene that occupies a specific spot on a specific chromosome. This finding indicates that certain gene variants may influence how well migraineurs respond to vitamin supplementation.

TRPV1 (Transient Related Potential Vanilloid Type 1)has been proposed to play a vital role in migraine sensitization — a term that refers to an overly sensitive or reactive nervous system in patients with migraines.

Over the past few years, drugs targeting the TRP channels have been studied as potential migraine therapies. One example of a drug that targets the TRPV1 channel is sumatriptan, a common migraine therapy.

What Does This Mean for Me?

The big picture here is that migraines have a strong genetic basis. By learning more about the specific genes that predispose one to migraines, scientists can then target drugs to these genes.