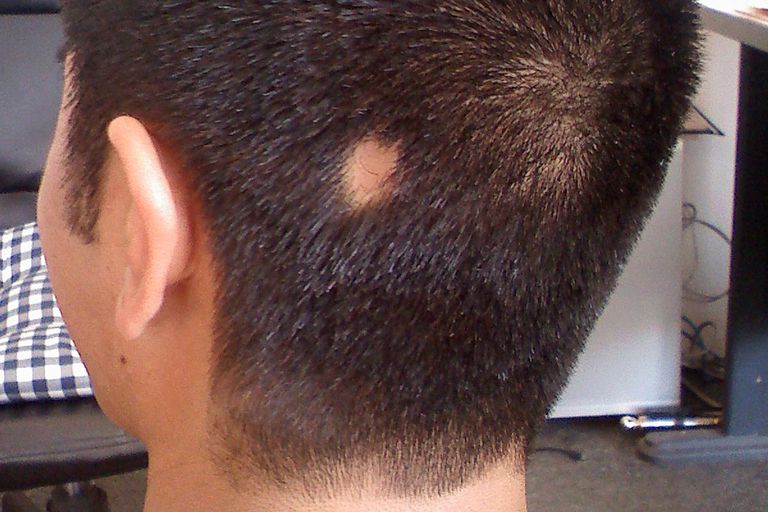 About 4.6 million people in the United States struggle with alopecia areata, an autoimmune disorder that occurs when the immune system mistakenly attacks your hair follicles and, as a result, causes hair loss on the scalp and various parts of the body.

While there is currently no cure for alopecia areata (and no medications approved for its treatment), some people turn to a range of natural treatments and remedies in an effort to control the condition.

The Research on Natural Treatments for Alopecia Areata

For a report published in the American Journal of Clinical Dermatology in 2010, scientists sized up the available research on the use of complementary and alternative remedies and therapies in the treatment of alopecia areata. However, in their analysis of the 13 studies selected for the review, the authors found that no study was well-designed enough to provide “robust evidence” of the benefit of any type of complementary and/or alternative approach in the management of this condition.

Still, there’s some evidence that certain natural treatments may benefit people with alopecia areata. These treatments include:

Related: The Benefits of Ginseng

Of the 21 people who completed the study, 12 participants experienced significant hair growth after undergoing hypnosis. What’s more, all study participants showed a significant decrease in anxiety and depression after receiving hypnotherapy.

A study published in the Swedish journal Acta Dermato-Venereologica in 2011 also found that hypnosis may benefit people with alopecia areata. For this study, 21 people with alopecia areata received 10 sessions of hypnosis over a six-month period. By the study’s end, participants showed improvements in several markers of psychological wellbeing, including anxiety and depression.

Related: What is Hypnosis?

Applying onion juice to parts of the head or body affected by alopecia areata may help promote hair growth, according to a small study published in the Journal of Dermatology in 2002. In an experiment involving 38 people with alopecia areata, those who used an onion-juice-based treatment twice daily for two months experienced significantly more hair growth compared to those assigned to a tap-water-based treatment for the same time period.

In a small study published in Archives of Dermatology in 1998, an aromatherapy treatment involving a blend of essential oils of thyme, rosemary, lavender, and cedarwood appeared to aid in the treatment of alopecia areata for some people.

For the study, 43 people with alopecia areata massaged a combination of these essential oils and the carrier oils jojoba and grapeseed into their scalps every day for seven months. Meanwhile, a second group of 41 people with alopecia areata massaged only jojoba and grapeseed oils into their scalp each day for the same time period.

Related: What You Need to Know About Aromatherapy

In a preliminary study published in Acupuncture in Medicine in 2013, tests on mice demonstrated that electroacupuncture may inhibit certain alopecia-related changes in skin cells. Electroacupuncture is a form of acupuncture in which needles are attached to a device that produces continuous electric impulses, and then placed at specific points on the patient’s body.

While further clinical trials are needed, certain holistic therapies or remedies may be helpful to some degree. If you’re thinking of trying any type of natural treatment for alopecia areata, make sure to consult your healthcare provider first to weigh the pros and cons and discuss whether it’s appropriate for you.

Comments Off on Natural Treatments for Alopecia Areata