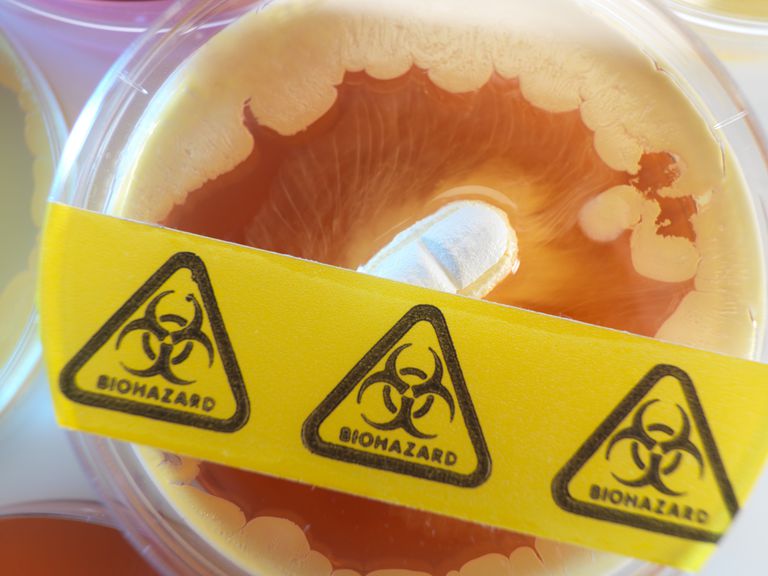 During his administration, President Obama has received a lot of flak for issuing executive orders. An executive order allows the president to set policy without the input of Congress and benefit of public debate.

Whereas some of Obama’s executive orders have resulted in partisan controversy and bickering, the benefit of others are widely appreciated. Specifically in 2015, Obama issued The National Action Plan for Combating Antibiotic-Resistant Bacteria.

According to the Obama administration, here are the goals of this executive order:

To meet these goals, the president enlisted the aid of various organizations, including the Department of Defense (DoD), Department of Agriculture (USDA), and Department of Health and Human Services (HHS). In May 2016, these agencies released news: colistin-resistant mcr-1 E. coli was discovered in a patient at Walter Reed Medical Center in the United States. This patient had a urinary tract infection that was fortunately able to be treated with another antibiotic.

Colistin is a last-line drug in our defense against disease. Many public health experts, researchers, and clinicians alike have feared colisitin resistance for some time. Furthermore, the mcr-1 E. Coli has the ability to transfer this antibiotic resistance to other bacteria using plasmids.

Why Worry About Antibiotic Resistance?

The CDC estimates that nearly two million drug-resistant infections occur each year in the United States resulting in an estimated 23,000 deaths.

With the recent explosion in multidrug resistance, the number of treatments that do work against such bacteria has dwindled. Furthermore, antibiotics that do treat resistant organisms can be pretty expensive.

Colistin belongs to a class of antibiotics known as polymyxins. Two types of polymyxins exist: polymyxin B and polymyxin E. Colistin is polymyxin E and the most widely used of the two.

Colistin was first used in the 1960s; however, use of this agent was quickly stopped because it resulted in substantial neurotoxicity and nephrotoxicity. In other words, colistin caused nerve and kidney damage, respectively.

In recent years with the rise of multidrug resistance, we’ve had to reintroduce colistin to combat bacteria that now resists more conventional antibiotics. Colistin is remarkably effective but works on relatively few bacterial pathogens, such as P aeruginosa, Acinetobacter species, and Klebsiella species. Of note, all these different types of bacteria can result in infections of the blood (sepsis) and infections of the lung (pneumonia), urinary tract infections, skin and wound infections, as well as infections after surgery. Additionally, these bacteria typically infect people who are very sick and have compromised immune systems.

Transfer of Antibiotic Resistance by Plasmids

What makes this new colistin-resistant strain of E. Coli troublesome is that it can transfer genetic information coding for resistance to other bacteria via plasmids (ie, mcr-1 or plasmid-mediated polymyxin resistance mechanism).

As reported in The Lancet in November 2015, Chinese researchers were the first to discover this new superbug. The researchers found this resistant bacteria during a routine surveillance project examining antimicrobial resistance among commensal Escherichia coli obtained from animals in the food supply.

In the interim between the Chinese discovery of this bacteria and this bacteria popping at Walter Reed National Military Center, where federal researchers identified it, this superbug has been identified in several other countries, too, which means it has already spread globally.

Fortunately, follow-up investigation by the National Antimicrobial Resistance Monitoring System—a coordinated effort between the USDA, Health and Human Services (HHS), and various state and local health department—is showing that isolates of colistin-resistant E. coli are rare. Furthermore, isolates  from Salmonella and Klebsiella, other types of bacteria, didn’t demonstrate evidence of the mcr-1 gene.

More specifically, this process of horizontal gene transfer is mediated by plasmids, or free-floating bits of small, circular, double-stranded DNA, which are separate from a cell’s chromosomal DNA. Plasmids contain information that proffer genetic advantages to bacteria, such as antibiotic resistance. With horizontal gene transfer, plasmids are transferred among bacteria.

Let’s put horizontal gene transfer of antibiotic resistance genes in perspective by means of an (albeit a bit silly) analogy. Imagine you were at a party and another person had some magical ability to resist cyanide. This magical ability was encoded in her genes and could be passed down to her children. Additionally, this ability could be transferred to another person by simply taking a sip of her cocktail. Before you know it, everybody is taking a sip out her drink. Furthermore, other revelers at the party have their own magical resistances to poison, which they in turn share with others by means of their own booze. Before you know it, certain partygoers have stockpiled a bunch of resistances that help them combat a variety of poisons.

The existential threat that transferable colistin resistance poses may feel disquieting. As an individual, you can do your part to limit antibiotic resistance by taking antibiotics only when you need to. You should also make sure to complete your entire course of antibiotics, since premature cessation promotes growth of drug-resistant strains. Finally, because mcr-1 E. Coli and other bacteria can be found in meat and poultry products, it’s always a good idea to fully cook your food before consumption.