Newborn Physical Development & What to Expect in Months 0 – 3 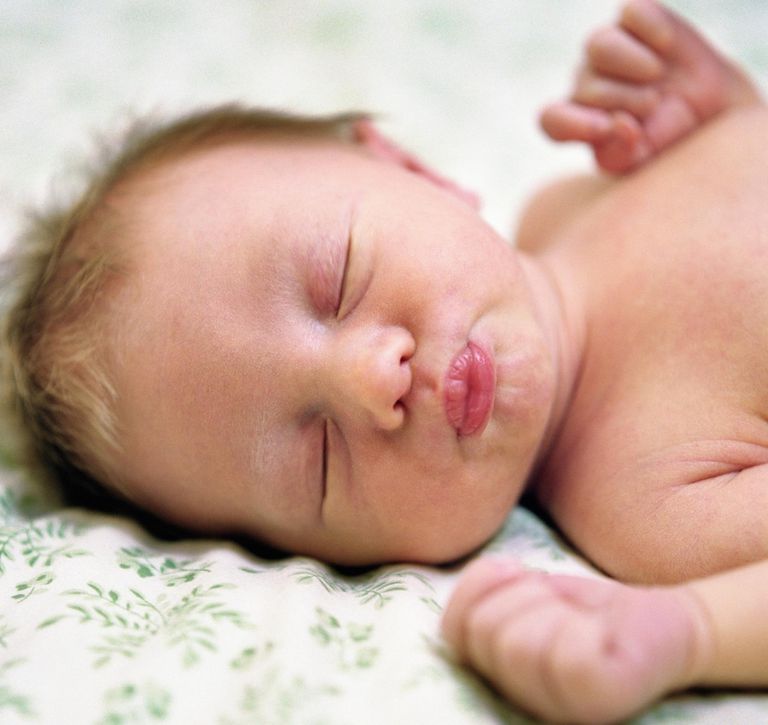 The first 3 months of your newborn’s physical development will pass by more quickly than you can imagine. During this time you will note changes in your infant’s growth, appearance, motor abilities, and sensory development.

Curious about how big little Johnny will get in the early months? Concerned your baby is either bigger than or smaller than the average newborn? The truth is, rarely is there a cause for concern. There is a wide range of “normal” height and weight development. The size of your baby will be related to a few factors:

A clear understanding of what doctors expect of newborn height and weight gain can save you needless worry about his overall growth. You can expect your pediatrician to check for the following growth milestones.

Physical Appearance of the Head:

It’s no secret that your newborn’s head makes up the greatest portion of his body. His skull is somewhat flexible as compared to an adult’s, and because of that, you will notice several soft spots, fontanelles on his head. The head may be slightly misshaped from molding during birth, but no need to worry. That conehead will eventually round out nicely.

Newborns have their share of quirks in physical appearance. Don’t be concerned if you notice the following traits. They will subside as your baby ages.

Until 8 weeks, his movements are largely out of his control. Involuntary movements are without intention, so don’t think he’s pushing you away during a feeding or grabbing at a toy. It isn’t until about 3 months that you may notice him gazing at his hands. He is starting to understand that those waving fists he sees aren’t just another toy in his line of vision, but a part of his body. He may begin to shake a fist at your face or a toy that is nearby.

It may surprise you to know that your baby could smell and taste while still in the womb. Some research indicates that a mother’s diet while pregnant and nursing can influence her baby’s palate later in life.

You can use his sense of smell to your advantage at the time. He recognizes his mom’s familiar smell and may find comfort in the odor that comes from a piece of her clothing during her absence.

Likely you have noticed that your baby can hear when he startles at noises or by turns toward voices. Your baby could hear in utero, but at birth, his hearing is not as advanced as an adult’s. His hearing will rapidly progress in the oncoming months.

You’ve spent hours gazing into those beautiful, and most likely blue, eyes of your baby. Those peepers fluttered open shortly after birth, but, because of pressure in the womb, they will be swollen for several days. His eyesight is the least developed of his senses.

In the beginning, he can only focus on objects near to his face, no more than 15 inches away. His blurred vision has yet to master depth perception, and he shows a preference for bright, contrasting colors.

As far as the eye color, almost all babies show off blue eyes. It won’t be until around 9 months of age that his eye color will be established.

Your infant’s sense of touch is, perhaps, the most highly developed sense he has at birth. You might notice this as he craves skin-to-skin contact, soothes during swaddling, or responds to various touches (bouncing, rubbing, patting, etc).

There are studies suggesting that by appropriately responding to your infant’s need for touch stimulation it can have a positive effect on his cognitive, social, and immunological development. In light of that, it is important for you to discover the unique ways your infant responds positively to touch and capitalize on this sensory need.

Learn what to expect during months 3 to 6.

Getting ready for your baby’s birth? Find out what baby items you need for delivery.